The living tradition of handmade jewelry in Istanbul's Grand Bazaar 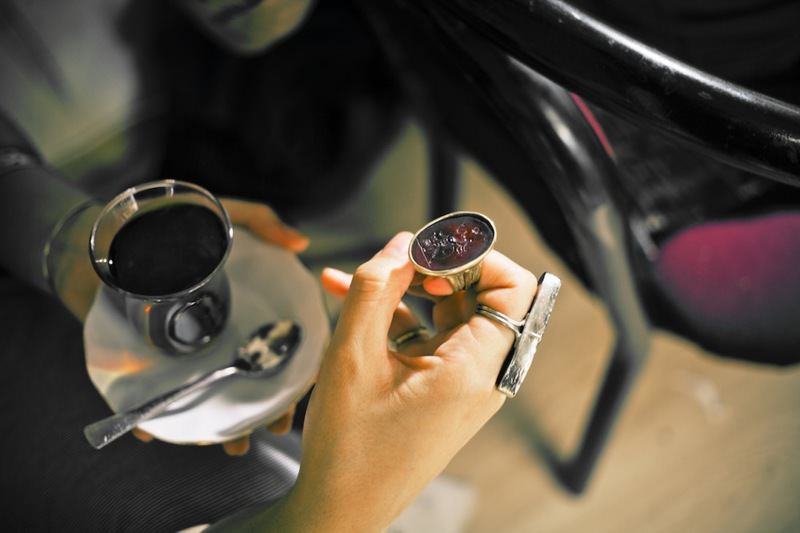 Artisans have spent years on keeping handmade jewelry alive with the likes of Eren Özler giving classes at his workshop in the Grand Bazaar. These masters of handmade jewelry also inspire Turkish designers who knock on their doors for tips

On an early winter morning, the Grand Bazaar was eerily empty of tourists but seeping with salesmen prepping their storefronts as well as tea deliverymen making their morning rounds. Some looked as if they were at the end of their shift, working through the night; yet, as always, seemingly overdressed for their job.

Men were equal parts helpful and curious when I asked for directions to Imam Ali Han, the workplace of Eren Özler (hereafter referred to as Eren usta), a master of his trade and one of the best goldsmiths of his time. This only added to the anxiety of my being 10 minutes late for my first jewelry lesson. Luckily, so was he. 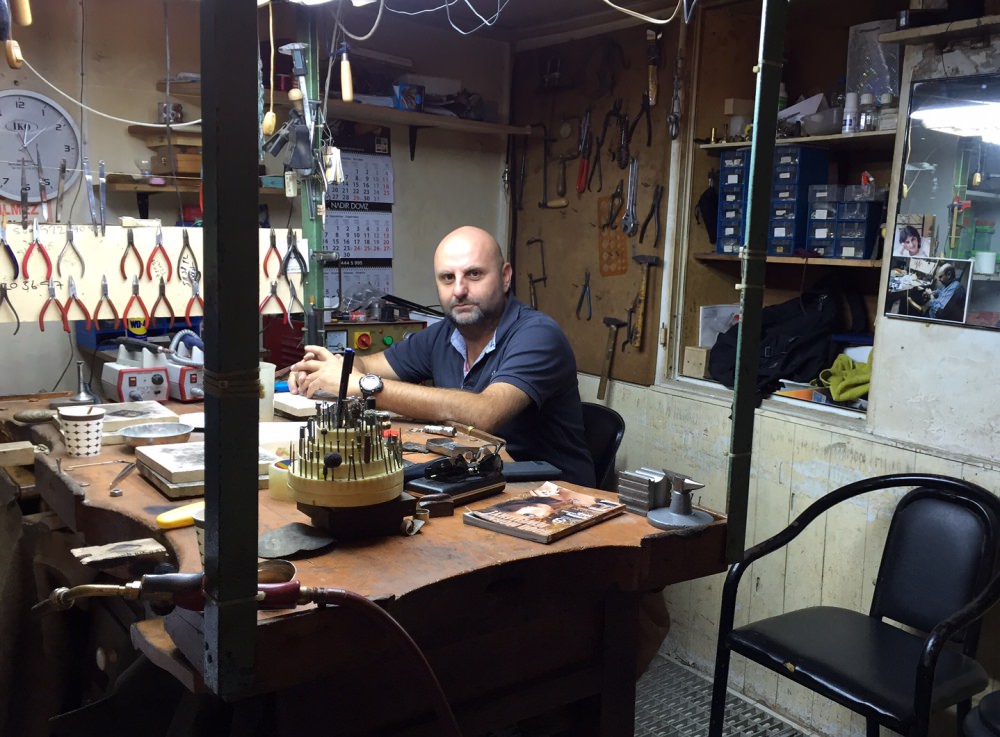 I met Eren usta last fall while researching the intricate network of handmade craftsmen in the Grand Bazaar, and his charismatic charm left a lasting impression on me.

Eren usta prides himself on his dedication to handmade jewelry. He began the trade while he was still a boy, following his father's footsteps and spending more time in the workshop than at school. He focuses on making simple, one-of-a-kind pieces, influenced by the traditional Ottoman style. The window of his workshop displays geometric rings made from ebony and silver, a variety of simple gold, silver and brass bangle bracelets, and earrings with intricate, natural patterns resembling leaves and shells. 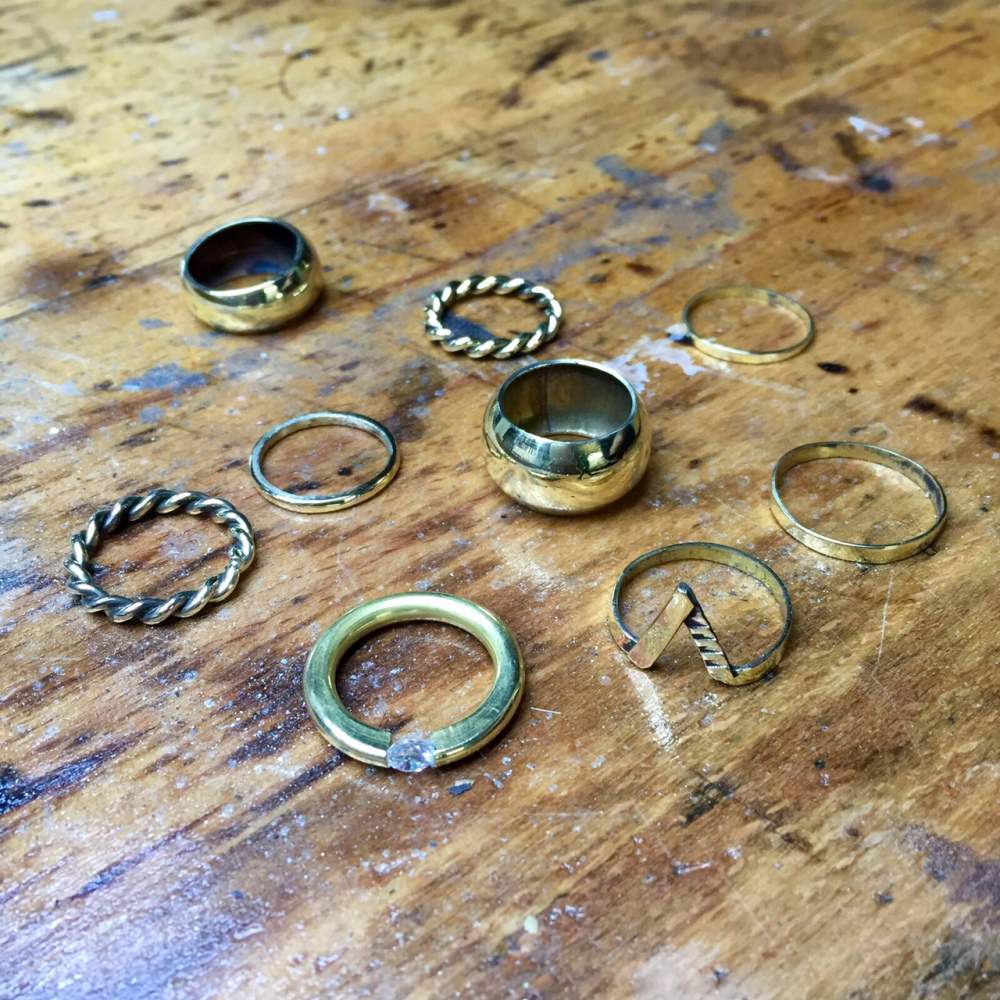 The market of quality, handmade goods in Turkey has faced a rough climate in the last few decades, in a world of increasing globalization and specialization, where consumers gradually favor the convenience of shopping for mass produced goods from big brands. In the midst of this shift, Eren usta has been producing inventory for a handful of companies in Norway and the United States.

In an effort to keep the spirit of handmade jewelry alive, Eren usta has opened his doors to aspiring jewelry makers and hobbyists alike. Now, he hosts me, his newest student, every Thursday. 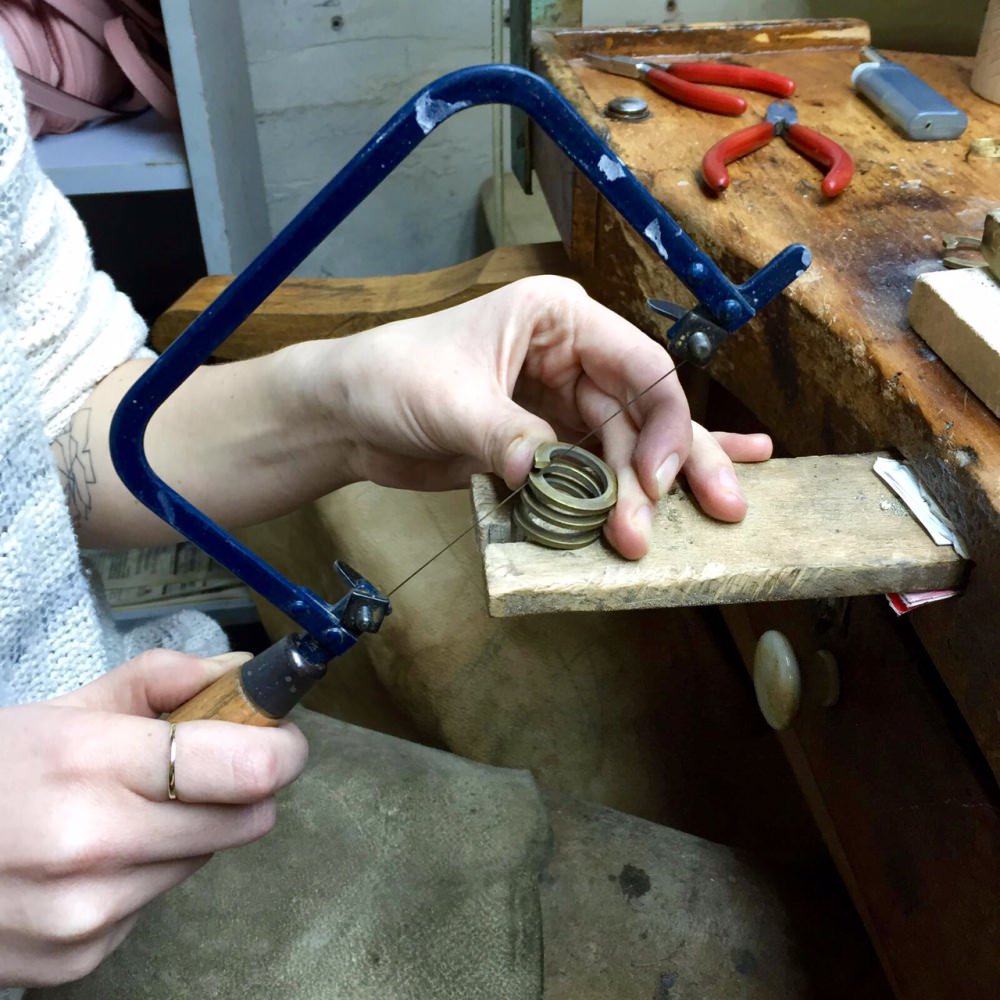 Learning the trade from Eren usta has become the highlight of my week. He is not only a great teacher but also a great companion to spend the day alongside; creating, listening to music, telling jokes and engaging in small talk. Thursdays have become not only a day spent learning a skill, but a quest into the history of the bazaar itself - a place where you can get lost in the world of handmade art. And I am not the only one who has had, and will have, the opportunity to learn the ancient process. 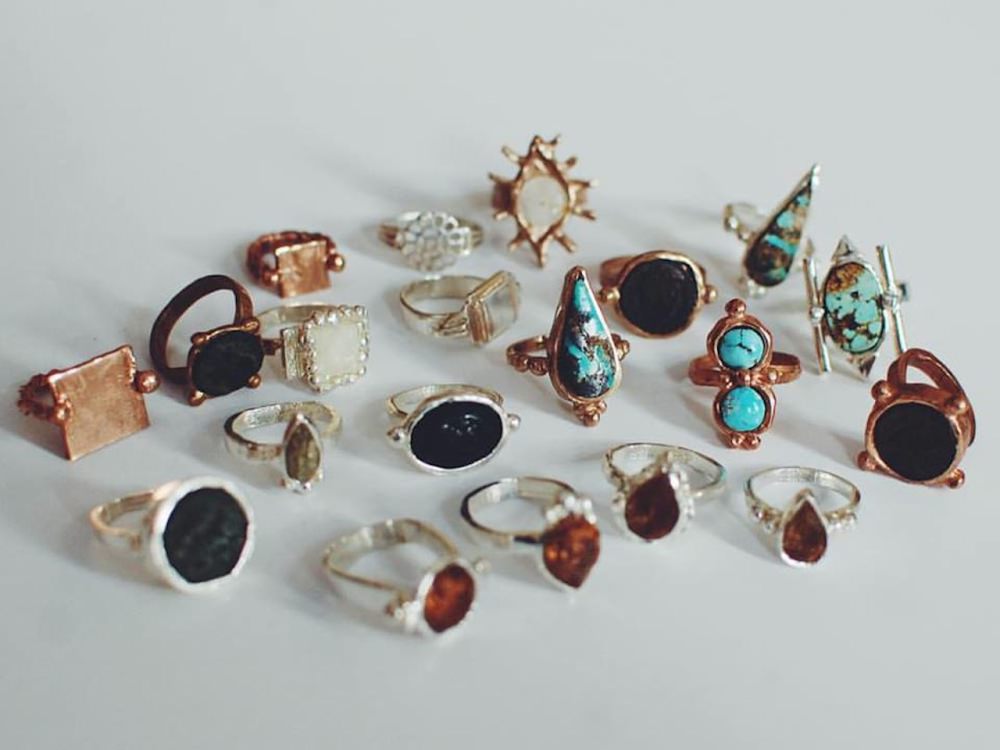 Banu Kent, designer and creator of Der Liebling (www.der-liebling.com), met Eren usta by chance one day four years ago. Banu was in possession of a large crystal that she wanted to turn into a necklace, so she explored the Grand Bazaar in search for a jeweler that could make her a setting. The style she envisioned was so foreign to - and therefore rejected by - the jewelers she met that she was eventually referred to Eren usta, who is regarded as perhaps the most open-minded of jewelers in the bazaar, and definitely the most personable.

Not only did Banu finish her crystal necklace setting that day in Eren usta's studio, but she became an apprentice of his for two years and has been making jewelry ever since. Today, her design and attention to detail in her jewelry make it comparable to even the highest quality of designs in the Grand Bazaar.

After studying fashion management at the Amsterdam Institute of Design, Banu returned to her roots in Istanbul, and began working in the textile-purchasing department of a Turkish company. The corporate world of fashion was a straining and tiring environment, so when Banu found the opportunity to create something independent of that environment, she dove right in. 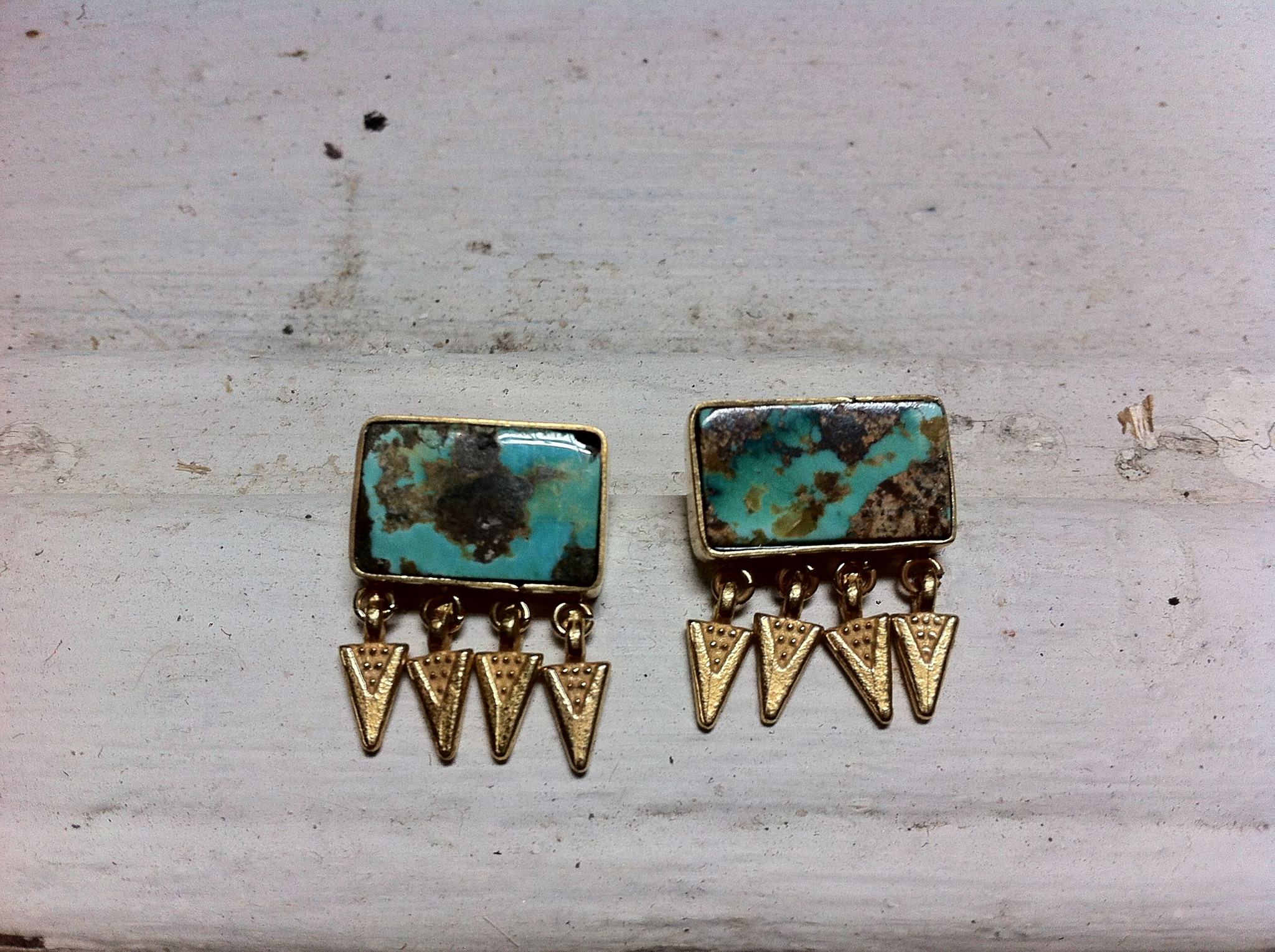 In her Galata studio one Tuesday afternoon, Banu worked on an individual blue lapis pendant as we talked and sipped sage tea. She was raised in a creative environment - both of her parents are artists - so even from a young age, she has always been interested in creating. "Everyone wants to create something," she said, but not always are we open to embracing the opportunities life presents us. "There are so many possibilities; planning your life and sticking to that plan hinders your ability to realize just what opportunities you might have, what doors are open for you to enter. While most of my inspiration comes from within, it is also comes from the things I see every day: Friends, travel, a movie I've just seen; it all gets mixed up in a big bowl like soup. And when you sit down at your work station, you are able to apply it."

Traveling to countries like India is especially inspiring to Banu, where the use of stone, the primitive process of handmade goods and the amazing color combinations are all stored in her memory and influence the pieces she designs.

Banu's own process is very special. She crafts everything by hand; she turns metals, semi-precious stones and even real, dead insects into delicate, wearable works of art. She prefers to make one thing at a time to produce an inventory of multiple pieces, so almost every piece is one-of-a-kind and you can assume she has spent several hours perfecting each one. 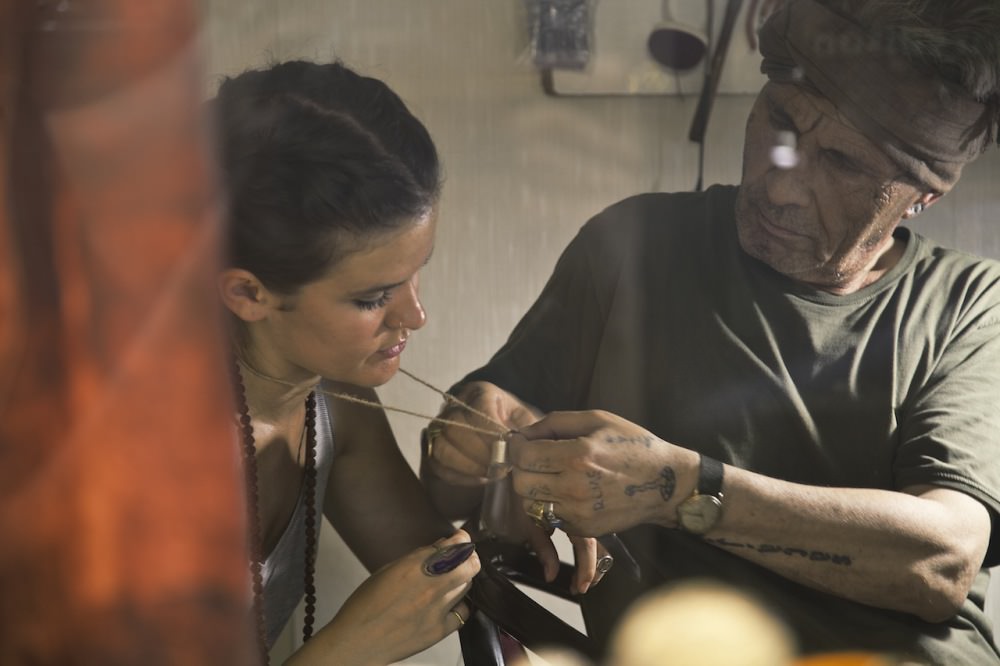 On the other side of the Golden Horn, Australian native Olivia Cummings watches the sunrise from her Balat workshop, and assembles stones into the fittings of a dozen rings meant to be sent out to customers that afternoon. Olivia is the designer and creator of Cleopatra's Bling (cleopatrasbling.com), creating jewelry that impressively embodies the style of the ancient Byzantine Empire while at the same time is refreshingly hip.

Olivia's start in the jewelry business is similar to that of Banu's - it started with an idea, a design, and some introductions in the Grand Bazaar. Soon enough, Olivia found herself moving from Istanbul to Paris so she could make jewelry full-time. "It was fairly organic," Olivia said, "the way a job should be." Now, nearly three years later, Olivia sells her collections in shops in Paris, London, Switzerland and recently in her home country of Australia.

Olivia also has artistic and musical parents, who raised her in an environment that nurtured the art of hand making. Olivia was working for a big-name fashion brand, but felt exhausted by the lifestyle of the nine-to-five work schedule and the pressure of society to fit into it. Designing jewelry comes easy to her, and her natural talent shines in her creations made from ancient golden coins, stones and crystals, and pieces meant to bring special power and energy to the wearer.

Olivia is currently working on custom orders for a new collection of custom-made engagement rings, some of which are fashioned from the pleasing color combination of rose gold and turquoise.Keep these traditions alive by supporting handmade artisans like Eren usta, Banu and Olivia, or even learn the trade yourself in a workshop hosted by Banu in Eren usta's Grand Bazaar studio. More information about how to do so is available here: www.istanbultourstudio.com/tours/jewelry-workshop-at-grand-bazaar.
RELATED TOPICS