Scientists say the lifespan of love is 2.5 years 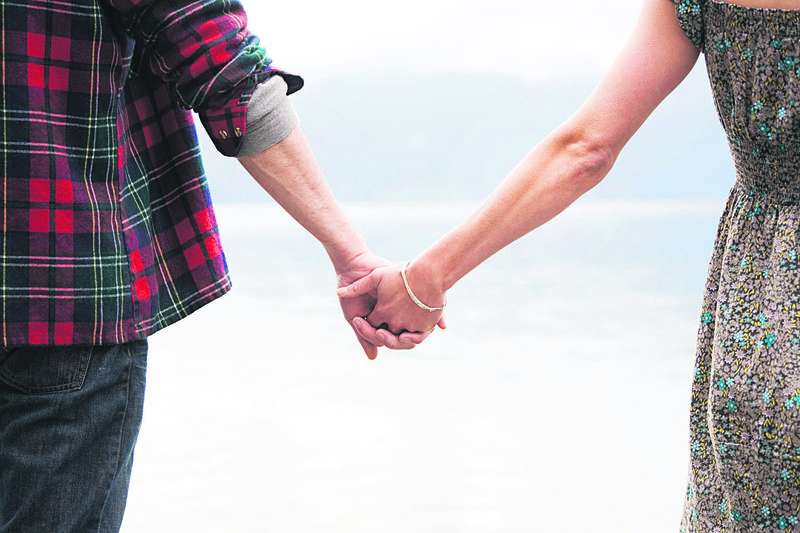 by Anadolu Agency Feb 22, 2016 12:00 am
Cardiovascular and brain surgeons have joined the debate over the physical and psychological changes when someone falls in love, claiming that it can take 1.5 seconds to fall in love with someone. Delivering a talk on the physiology of love at the panel session "İstanbul'un Kalbinde Bilim Konuşmaları" (Scientific Talks in the Heart of Istanbul) hosted by Bahçeşehir University last week, Dr. Kemal Yücesoy of the Bahçeşehir University Department of Neurology and Brain Science described love as a form of temporary insanity and abdication of reason, saying that 12 different parts of the brain become active when you fall in love.

"Oxytocin and vasopressin are the two hormones that are activated when you fall in love," Yücesoy said. Oxytocin is related to familial bonding and is associated with love and friendship in humans. It also causes a mother to become familiar with her child's scent. "Oxytocin increases even when you hug or shake hands with someone," he went to say. Meanwhile, vasopressin is associated with trust and devotion, also influential when you love someone. Yücesoy said the life cycle of love has been defined for two-and-a-half years following hormonal measurements and brain imaging. "After that period, these two hormones begin to decrease," he said. Yücesoy added that the more the body releases fewer love-related hormones, the more high cortical centers become active.

"To put it simply, you begin to think more rationally. If someone achieves having a balanced relationship and effectively controls high cortical centers, then the relationship can be sustained for a long time. Otherwise, if the person longs for the preliminary dizziness and the cortical center remains inactive, then the relationship might only continue for two-and-a-half years," Yücesoy stressed. Yücesoy also said the pain that couples suffer after a breakup is not only psychological but physiological. Research was conducted to examine breakup psychology, and found that women with happy marriages feel less physical pain when their partners hold their hands during an experiment while the same practice does not influence women in unhappy marriages.
RELATED TOPICS