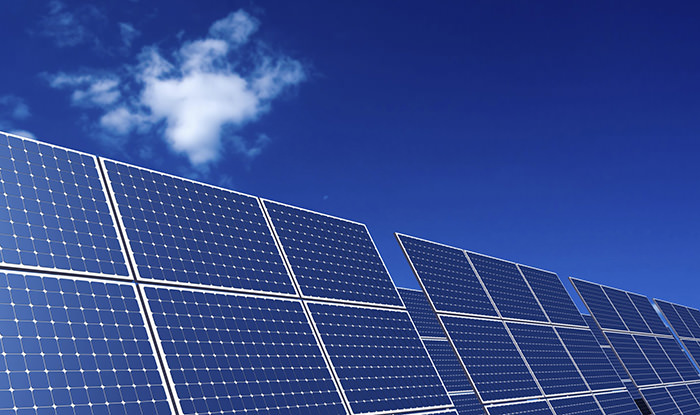 |File Photo
by Feb 23, 2016 12:00 am
Pakistan's parliament Tuesday became the first in the world to entirely run on solar power, the premier said.

Prime Minister Nawaz Sharif switched on the solar-power supply to the building, after the system underwent test runs from February 12.

"I am happy that parliament is producing its own electricity," Sharif said in a brief address.

"It is a very good initiative as power shortage is a big issue which we are trying to resolve," he added.

The project will generate 80 megawatts of electricity, Speaker Ayaz Sadiq said earlier. Of that, 62 MW will consumed by the parliament and 18 MW put into the national grid.

The project was launched last year with Chinese technical assistance when president Xi Jinping visited and addressed the parliament. It has cost over 50 million dollars.

"The solar-powered parliament is another example of Pak-China friendship," Sharif said.

China has invested around 46 billion dollars in a network of roads, railways, investment parks and power projects, linking its north-western region to the port of Gawador in southern Pakistan.
Last Update: Feb 23, 2016 2:58 pm
RELATED TOPICS