A blind penguin gets airborne in a New Zealand marine haven 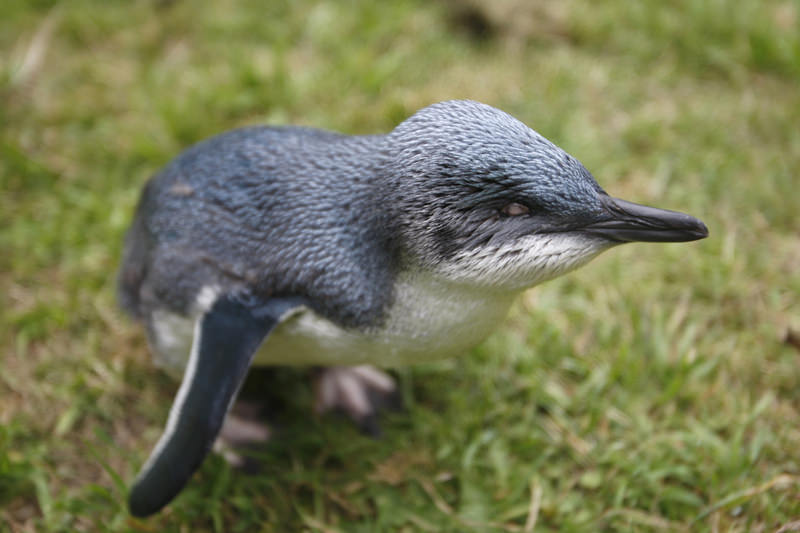 by Associated Press Feb 24, 2016 12:00 am
Blindy the little blue penguin was born without functioning eyes and developed the unusual habit of swimming in tight circles. So to prevent the bird from continually crashing into the side of the small pond where it swims, Shireen Helps began tossing it out into deeper water. Penguins are flightless but Blindy, for a few moments anyway, gets to be airborne. Blindy lives in New Zealand's Flea Bay, home to three humans and more than 2,500 penguins. Efforts by the Helps family over more than three decades helped save the bay's penguins from predators while many nearby colonies were wiped out. These days, the colony is thriving, a hopeful sign at a time when many penguin species from the Galapagos Islands to Antarctica are facing threats from humans that come from overfishing and global warming.

Helps and her husband Francis never intended to become penguin custodians. Francis moved to Flea Bay, also known as Pohatu, in 1969, with the intention of farming sheep and cattle. He said it wasn't until the first night, when he was kept awake by noises like a donkey braying, that he realized he was surrounded by penguins. 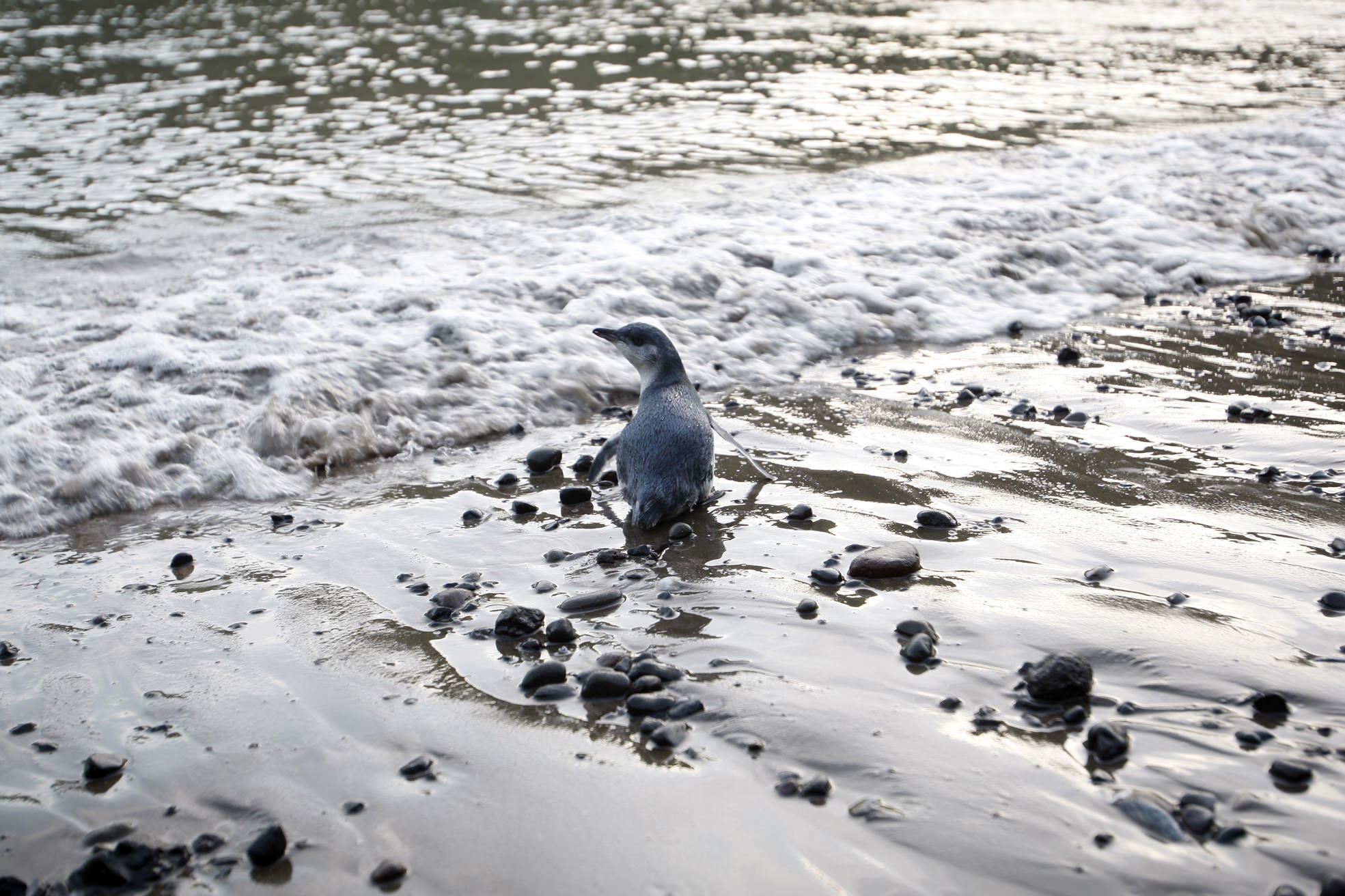 "They're very noisy at night, especially pre-breeding," said Shireen Helps. "They get really wound up. They party all night."

After meeting Francis, Shireen moved to the bay in 1974, and said she noticed other penguin colonies in the area were disappearing.

"And that's when we started to look critically around our own backyard," she said. "We found dead penguins everywhere. We realized that predators were hitting into them, and if somebody didn't do something to save this colony, it would be lost."

So they began trapping feral cats, ferrets and stoats. They also built tiny wooden huts for the penguins to monitor them and to stop them fighting each other for nesting sites. Finally, they started nursing the ill birds, managing to save some and return them to the wild. Found in parts of Australia and New Zealand, the penguins go by several names: little penguins, little blue penguins, and fairy penguins. Adults stand just 33 centimeters (13 inches) tall and weigh 1 kilogram (2.2 pounds), making them the world's smallest penguin species. Those living around the South Island's Banks Peninsula, where Flea Bay is located a little southeast of Christchurch, are a local variant, known as white-flippered, due to the distinctive white stripes along the leading edge of their flippers. Over the years, the Helps have developed an admiration for the little seabirds, and their observations have brought some amusing insights. "A common thought is that penguins mate for life. Well, some of our monitoring notes make interesting reading if you're into soap operas," she said. "So yeah, they can fool around."

There was one penguin they called Shark Bait, which they found bleeding after it had been mauled by a shark. They got a veterinarian to administer stitches and fed it plenty of anchovies before returning it to the ocean.

Blindy, who is about 12 weeks old, was from a nearby colony and was found by a local farmer after it had left its nest and gotten lost in a creek. Helps said Blindy was born with a malformed head and beak, making it hard to tell if it's a male or female. She said at first its circling antics seemed to make the penguin disorientated but now it's swimming more confidently. "If it gets dizzy going around one way, it changes direction and goes around the other way," she said. "So it's really learning very well."

She said the penguin is too disabled to be returned to the wild, but she hopes that a zoo might take it. Although penguins are seabirds, they can also live in fresh water and often do so in zoos. Animal ecologist Chris Challies, who has monitored white-flippered little penguins for more than four decades, said the population on Banks Peninsula plunged by as much as 80 percent from 1980 to 2000 as they were attacked by predators like ferrets, which would sometimes wipe out entire colonies between breeding seasons. He said the trapping program introduced by the Helps family "probably saved the colony through the 1990s." The penguins were also given a boost after local authorities banned fisher folk from using nets which inadvertently caught the penguins and later declared the area around Flea Bay a marine reserve. Longer-term, Challies said, factors like global warming could severely affect their habitat. Recent studies indicate that emperor penguins face a big threat from changes to Antarctica's sea ice, which will affect their breeding and ability to catch fish. The little blue penguins "are doing very well at the moment but we can't count on it," Challies said. "These things can fluctuate. It's the marine environment we can't control."

For now, Flea Bay is providing a sanctuary, and dozens of seals have also found a home there. Shireen Helps runs a small business hosting tour groups which come to see both, while her husband and son Daniel continue to manage the farm. Helps says to keep one step ahead of the predators, she's been experimenting with a new concoction. She's breeding mice and using the slurry from their cages in traps, which she says has been working well. On a recent summer evening, she placed a penguin she had nursed back to health in the breaking waves. But it turned its back on the ocean and marched back toward Helps. So she picked it up and tossed it out a little deeper, and this time, it swam away.
RELATED TOPICS