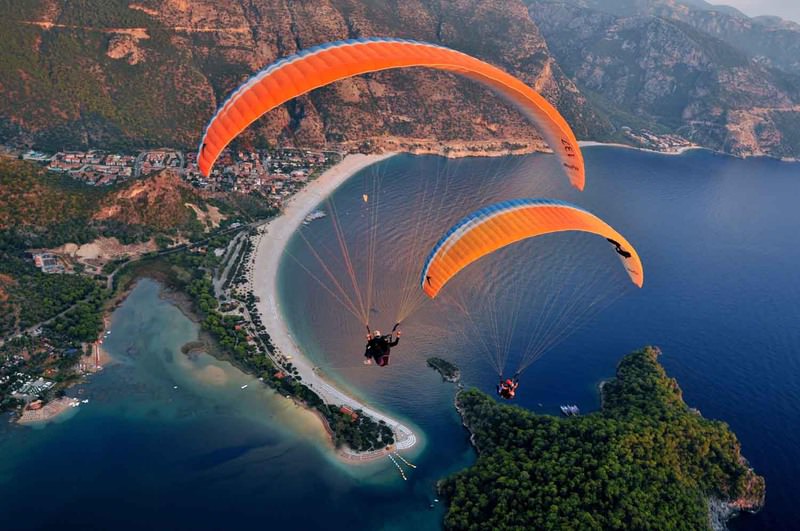 by Anadolu Agency Mar 04, 2016 12:00 am
Initiated under the leadership of YDA Dalaman Airport with the collaboration of the Muğla Governorate, AnadoluJet and Pegasus Airlines, a new project titled the Dalaman Weekend Project is now accepting reservations. The project includes two-day and two-night holiday packages including flights, transfers and hotel accommodation and is intended for people who want a quick getaway for weekend. It was introduced at the headquarters of the Association of Turkish Travel Agencies (TÜRSAB) in Istanbul, and is only available between the November-April period.

YDA Dalaman Airport General Manager Hamdi Güvenç said the number of organized tourist packages spread across weekends in Turkey has recently increased and urban and regional tours have become widespread. He also said the number of passengers landing and taking off from Dalaman Airport increased 29 percent after the privatization of the airport in 2006, adding that about 1 million British tourists use the airport every year. "To free tourists from worrying about hotel accommodation, flight bookings and transfers separately, we are offering everything in one package. We prepared a package including roundtrip tickets, transfers and hotel accommodations for two days and two nights. There are three packages that TL 299 [$102.45], TL 399 and TL 499 according to the stars obtained by the participating hotels. The package includes breakfast as well," Güvenç said.

Güvenç said Dalaman is a tourism hub for nature lovers as it allows them to take nature tours along the Lycian and Carian trails and cycle, paraglide, canoe, ride horses, go handline fishing and many other activities. The region is also rich in terms of history. "We are planning to collaborate with foreign travel agencies to create similar packages. Many tourists can land in Istanbul within two or three hours on Friday nights, and it will only take them an hour to reach Dalaman. He or she can also be back to work by Monday morning. We have already received cooperation proposals from foreign travel agencies," Güvenç added.

The flights for Dalaman will initially take off from Sabiha Gökçen Airport in Istanbul and Esenboğa Airport in Ankara. In the future, other flights might be added to the Dalaman Weekend Project from the airports in Adana, Trabzon, Gaziantep and other cities depending on demand.
RELATED TOPICS