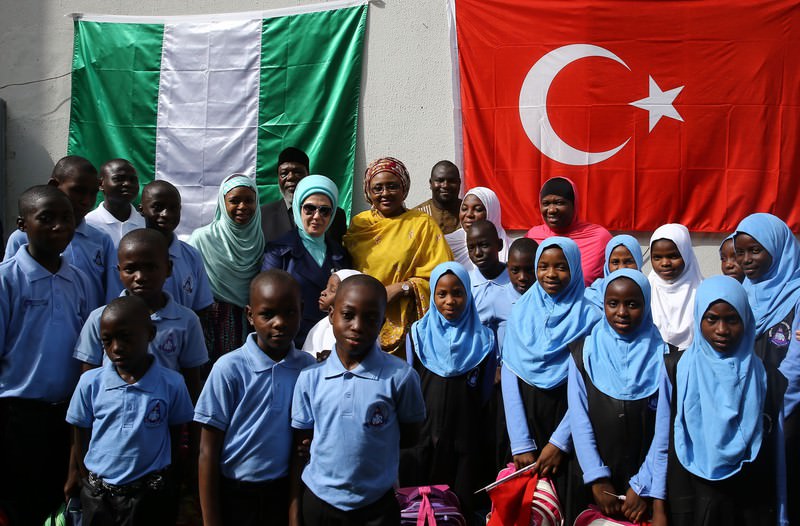 by Daily Sabah with AA Mar 04, 2016 12:00 am
A nursery school and playground for the blind have been opened at an institute in Abidjan, the Ivory Coast with the initiaves of the Cooperation and Coordination Agency (TİKA).

The opening ceremony took place Wednesday overseen by Turkey's Ivorian Ambassador Esra Demir and Musa Dusu, the Ivory Coast's Minister for Labor and Social Security. Speaking at the opening ceremony, Dusu said that they prioritize collaboration between Turkey and the Ivory Coast. Demir also said that Turkey's humanitarian and development assistance to the Ivory Coast will continue. During President Recep Tayyip Erdoğan's visit to West Africa, a fully maintained orphanage was opened in Nigeria on Wednesday with the participation of Emine Erdoğan and Nigerian President Muhammed Buhari's wife Aisha Buhari. Erdoğan presented gifts to children following the ceremony.

Emine Erdoğan also paid a visit to the Lordina Association during the trip's Ghana leg early this week. She attended a ceremony for children with hearing impairments on Tuesday. Ghana President John Dramani Mahama's wife Lordina Dramani Mahama accompanied Erdoğan during the visit. Emine Erdoğan said that the size of the young population can make Ghana "more powerful." TİKA distributed hearing aids to 80 children aged from four to 12. Following an instruction section, children tried their new hearing aids. After this, Mahama and Erdoğan visited the Osu Orphanage where 139 children of different ages stay. The children there also received gifts.
RELATED TOPICS