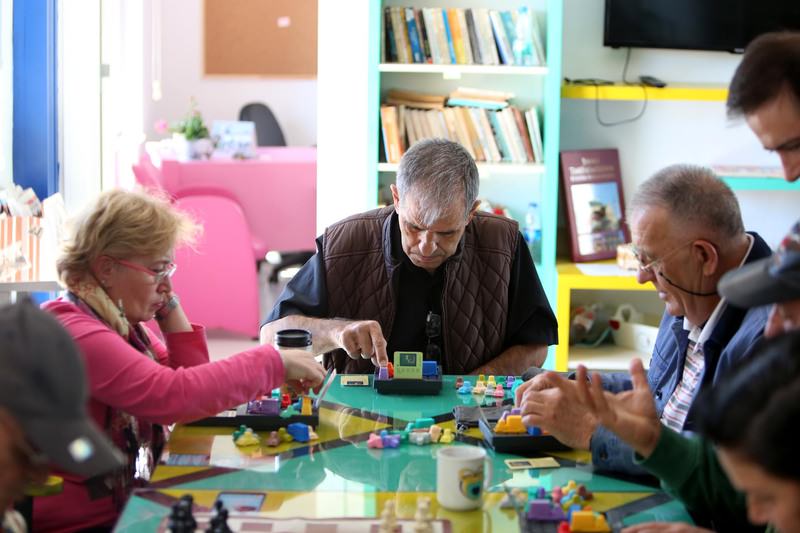 by Daily Sabah with DHA Mar 07, 2016 12:00 am
Brain-training games can improve cognitive function in older people. A nursing home in Antalya's Fener neighborhood started a special brain-training games course in hopes of delaying or averting Alzheimer's disease and dementia among elderly patients, most older than 60.

Participants learn 15 memory games with different solving strategies, each of which activates a different part of the brain. Brain games help keep alive the motivation, memory and comprehension skills of the elderly, hopefully averting the risk of dementia and Alzheimer's disease, said Çiğdem Akbaş Metin, the coordinator of the nursing homes in the city's Muratpaşa district.

The course offers a package program and focuses on problem solving, memory skills, analytical thinking and other activities which activate the brain. Gazi Umdu, one of the brain game trainers at the nursing home, said that he asks elderly participants to solve problems. Orhan Demirel, an elderly participant for the last month, said that they pass different levels while solving a game, but he sometimes finds it difficult to define a solving strategy. "Humans learn many things through games. To develop mental activity, social communication and skills in old age, memory and brain games play a huge part," Metin said.