Inside a Gambian village where youths dream of Europe 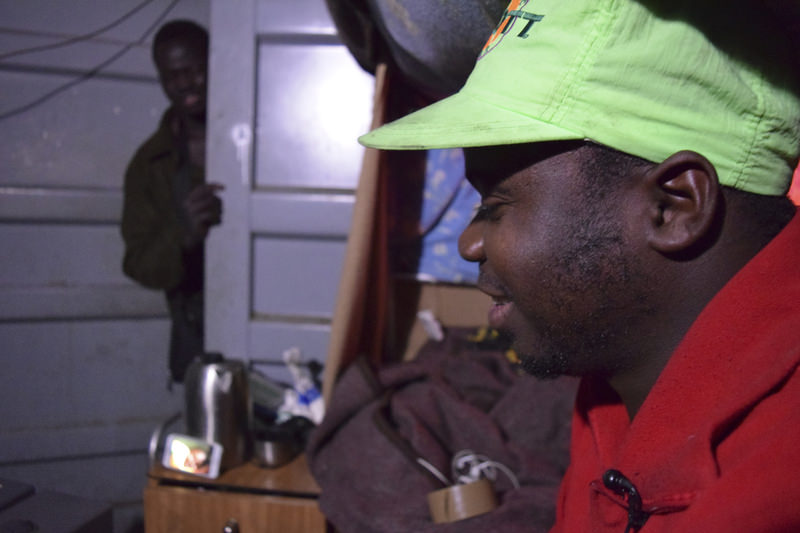 by Anadolu Agency
Mar 10, 2016 12:00 am
Undocumented migration to Europe from Gambia, locally dubbed the "back-way," is very popular among young people in the small West African country, but in the village of Salikenni, it is seen as a hope for a better future.

For years now the village has been infamous for producing a significant number of the undocumented migrants, who leave for Europe via the Sahara Desert and subsequently the Mediterranean Sea, to Italy and beyond.

Basaikou Kanteh, a farmer in his 40s, told Anadolu Agency (AA) that the problem has even begun to affect agricultural productivity in the community.

"Agriculture in Salikenni is based on human labor, and these young people who are leaving are those who provide that labor. So when they go, they leave behind a huge vacuum," said Kanteh, whose first son, Lamin, left in 2014.

In the past decade, close to 1,000 youth have left the village. Lying about 75 kilometers [46 miles] from Banjul, the country's capital, Salikenni is one of the biggest rural settlements in Gambia, with a population of over 5,000 people. People in this rural community survive on subsistence agriculture, leaving them vulnerable to climate change. Salikenni was also one of the first settlements in the country to have had Western education, with their school built in 1951, 14 years before Gambia became independent. Sainey Fatajo, 53, is the principal of Salikenni Senior Secondary School and has been resident in the community since 2011. He told AA that two of his teachers left for Europe via the desert route last year, adding that his school children are often heard talking about the "back-way" in classrooms. "Education is now very low in this community. These young people think that even if you are not educated, you can go to Europe and get money and come back. Students are even speaking about it in classrooms. About ten students have also taken the same route in 2015, most of them from ninth grade. As we speak, three students have left school to put pressure on their families to sponsor them to take the route."

According to government statistics, 48 percent of Gambians are living on salaries below a dollar per day; the country has an unemployment rate of 30 percent.

However, poverty in rural Gambia is more intense, at 73.9 percent. A person living in a rural area is twice as likely to be poor than his urban counterparts.

Agriculture formerly employed a majority of rural Gambians, but in less than two decades has slumped from employing 71 percent of rural residents to 31 percent, showing a decline of 40percent. The principal said poverty is the biggest motivating factors for fleeing to Europe. "The biggest driving factor for irregular migrants is poverty. Peer influence is also playing a role. The fact that these young people are seeing uneducated people going to Europe through the back-way, and are building elegant compounds back home; they no longer look at education as a means of acquiring a better life."

For fear of a backlash from family members and friends, young people who intend to go to Europe through the back-way from Salikenni often do not inform their relatives. "The village is almost empty of youths because of migration," said Lamin, whose nephew recently left the country for Mauritania.

Lamin's nephew, also called Lamin Jabbi, together with four other teenagers aged between 17 to 18, left the village for Mauritania at the end of February.

"There was no way you can stop them," Lamin tells AA. "When these young people are going they don't inform anyone." One of the young boys who went with Lamin is 17-year-old Sanna. He left behind his twin brother who is also now thinking of leaving, if he can find the money. "If you stay here and get educated, you can't find a job after graduation," Sainey said.

The twins' father also left the country for Italy via the same route, and he has just finished building a cement house in their compound.

The last decade has seen a rise in the construction of houses in the community by "Semesters," as those who migrated to Europe are called in Gambia.

But the problem of irregular migration is not just limited to young uneducated people; even educated and graduate students take the route. "If I have money, I would leave Gambia, even tomorrow," Ebrima, 20, also a native of Salikenni, told Anadolu Agency. "What is here that I should stay for?"

Ebrima is an accounting student at a local college in the country, but he has no faith that Gambia could offer a future for a young man like him.

Ebrima's best friend Ousman, who was in his final year studying Development Studies at a local college, has left for Mauritania with the ambition of making it further to Libya and onwards to Italy.

Ousman, whose family has since asked him to return, took his college fees and left without telling any member of his family. "We only got to know he travelled to Mauritania when he called us after his arrival," his sister Fatou told AA. But not every family in the community has a good story to tell. Bafanding Kanteh, 26, was presumed dead by his family while he languished in Al-Karari prison in Misrata, Libya, where he spent over six months. Kanteh told AA that he attempted to cross the Mediterranean Sea three times, but failed. "I have spent over six months in Al-Karari prison in Misrata. I was arrested on three different occasions and I paid ($875) for my release for each of those arrests. I have also attempted to cross the Mediterranean Sea three times and failed. In total, I have spent over ($7,500) to go to Italy but failed. The smugglers beat some people to death and when they are transporting people across Tripoli they put us in a 40-foot container. There are still many Gambians in Libyan jails," said Kanteh. Following the route of many Gambians before him, Bafanding left Salikenni in February in 2012 and travelled to Mauritania, Morocco, Mali, Burkina Faso, Niger and Benin before he reached Libya.

He said he went to many African countries to work in order to get some money to pay the human traffickers when he got to Libya. After many arrests, much suffering and several failed sea trips, Bafanding was sent back to Gambia with 20 local youths in 2015. "My mother couldn't believe it when she saw me. She thought I was dead," he said with the flicker of a smile.