Barbie doll in Paris to celebrate her 57th birthday 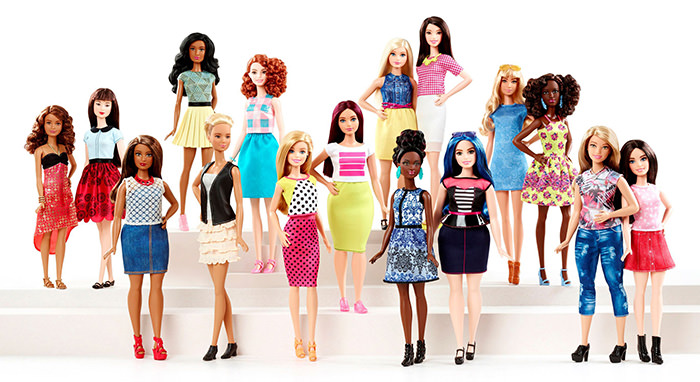 Barbie dolls are shown in the toy department of a retail store in Encinitas, California in this October 14, 2014, file photo (Reuters Photo)
by Anadolu Agency Mar 16, 2016 12:00 am

Now, Barbie is in Paris to celebrate her 57th birthday and reveal a life story that shows how much the icon has changed throughout the years.

"Barbie, Life of an Icon," an exhibition at the museum of Les Arts Decoratifs in Paris, celebrates the doll's 700-model evolution since first launching in 1959, becoming U.S. toymaker Mattel's all-time best-selling product.

The myriad Barbies on display have been dressed by some of the world's most renowned fashion designers such as Chanel, Dior, Maison Margiela, Jeremy Scott and others.

Anne Monier, the exhibit's curator, says the show, which will run until Sept. 18, "provides two possible insights into Barbie's lives."

"For children, by evoking the pure jubilation of a universally known toy, and for adults by placing this emblematic figure in her historical and sociological contexts since 1959."

She says Barbie is "more than just a toy, she has mirrored a culture and its evolution."

"She began by embodying the 'American way of life' before adapting to social, political and cultural changes and taking on a more universal dimension," Monier says.

Throughout the exhibit, the scale models, videos, art pieces and fashion treasures are all about Barbie accompanied by her long-time devoted boyfriend, Ken, cute little sisters, cousins and her group of friends.

"I came to see the exhibition because Barbie is part of our history. I've never seen so many dolls in my entire life, especially such well-prepared ones," Richard, a 72-year-old Britain tourist who came with his wife and granddaughter, tells Anadolu Agency.

"It is very interesting, very well portrayed with a brilliant presentation," he adds.

Since Barbie made her debut in New York on March 9, 1959, she was supposed to represent the idea that women had choices, to tell "the little girl [that she] could be anything she wanted to be," her creator, Ruth Handler, has said.

But some people think the doll has created a stereotyped image on how a girl's perfect silhouette should be.

However, a lot has changed since then: the doll now presents different looks with at least 27 skin tones, 22 eye colors and 24 types of hair.

"Witnessing the evolution of Barbie, I can say a lot has changed. She coped with the real world. There are multinational Barbies now to appeal to every little girl not just the white American girl, which is what she was before," says Lydia, 63, a visiting American tourist.

Anadolu Agency spoke to Haile Lidow, a 20-year-old recent fashion graduate from New York. She came to Paris to work at the fashion week. With a pink patterned dress and a camera hanging from her shoulder, the young woman resembles a Barbie herself.

She says she heard about the exhibition from an Instagram post by world-famous French stylist Carlyne Cerf de Dudzeele.

Lidow says: "I grew up collecting Barbies; I have so many of them. Pink is my favorite color as you can see.

"This is incredible; it is amazing to see how Barbie represents the kind of the times each doll is made in.

The Barbie doll has been shown in various outfits, scenarios and occupations, from a tourist on vacation to a model on the runway, a doctor, a businesswoman, a rock star, a veterinarian, a dentist, a soldier, an athlete and even an astronaut.

For Lidow, that's one of the ways to tell girls "they can be or do anything they want."

Asked if the Barbie doll has created stereotypes on how young girls should become, the fashion graduate says: "There are always advantages and disadvantages of everything and it is unfair to pin just negativity on Barbie.

"There are always problems of all sorts of representation of women today; Barbie is definitely an exhibit of that. I think it is a bit unfair to put all of that on Barbie, it is not giving Barbie enough credit for what she really is," she explains.

"I mean look how many times she changed over the years. Look how many different hair colors, skin colors, eye colors, body types, clothing, they [manufacturers] have added."

For Mariane, 61, a French collector of over 300 Barbies, the old dolls are better than the new models.

"I am a collector of Barbie for 20 years. With my age, I have grown up simultaneously with Barbie. I prefer collecting the old ones made during the 60s," Mariane says.

"I think they used to be made in a more accurate and passionate way. They [Barbies] are of better quality when it comes to the materials used and fabrics used to make the dresses," she adds.