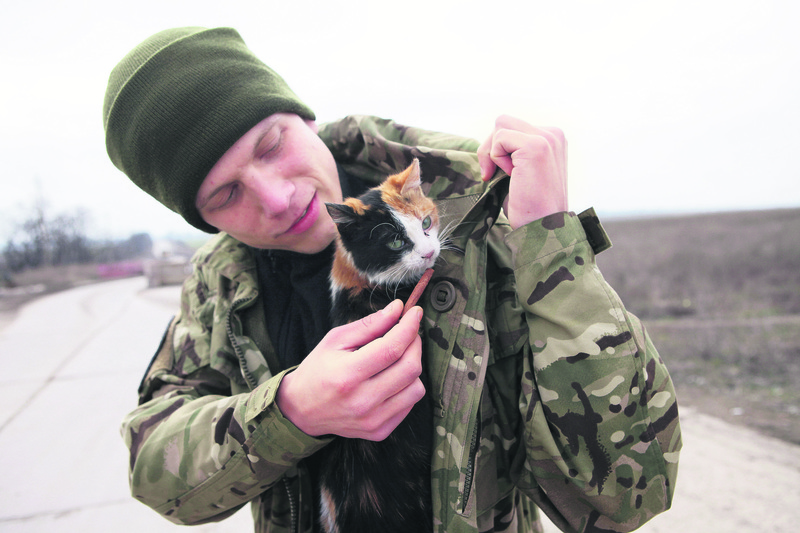 Fighting rats, depression and even serving in combat roles, dogs - and yes, even some cats - have turned into prized companions for fighters on both sides of eastern Ukraine's separatist war

In Sartana, a suburb of the port city of Mariupol on the Sea of Azov, which remains Kiev's main stronghold in the conflict zone, two purring cats live alongside hardened government soldiers who face daily threats at the battlefront.

The pets were rescued from pro-Russian rebel shells that fell on the nearby flashpoint village of Shyrokyne, devastated and all but abandoned by its 1,000 residents. "We and the cats have a win-win relationship," said Pavlo - a 28-year-old archaeologist-turned-machine gunner from Kiev who was forced to stop work on his doctoral thesis after the insurgents revolted in April 2014 - while stroking his furry friend. "Cats are a domesticated animal. Where there is a cat, everything is alright." 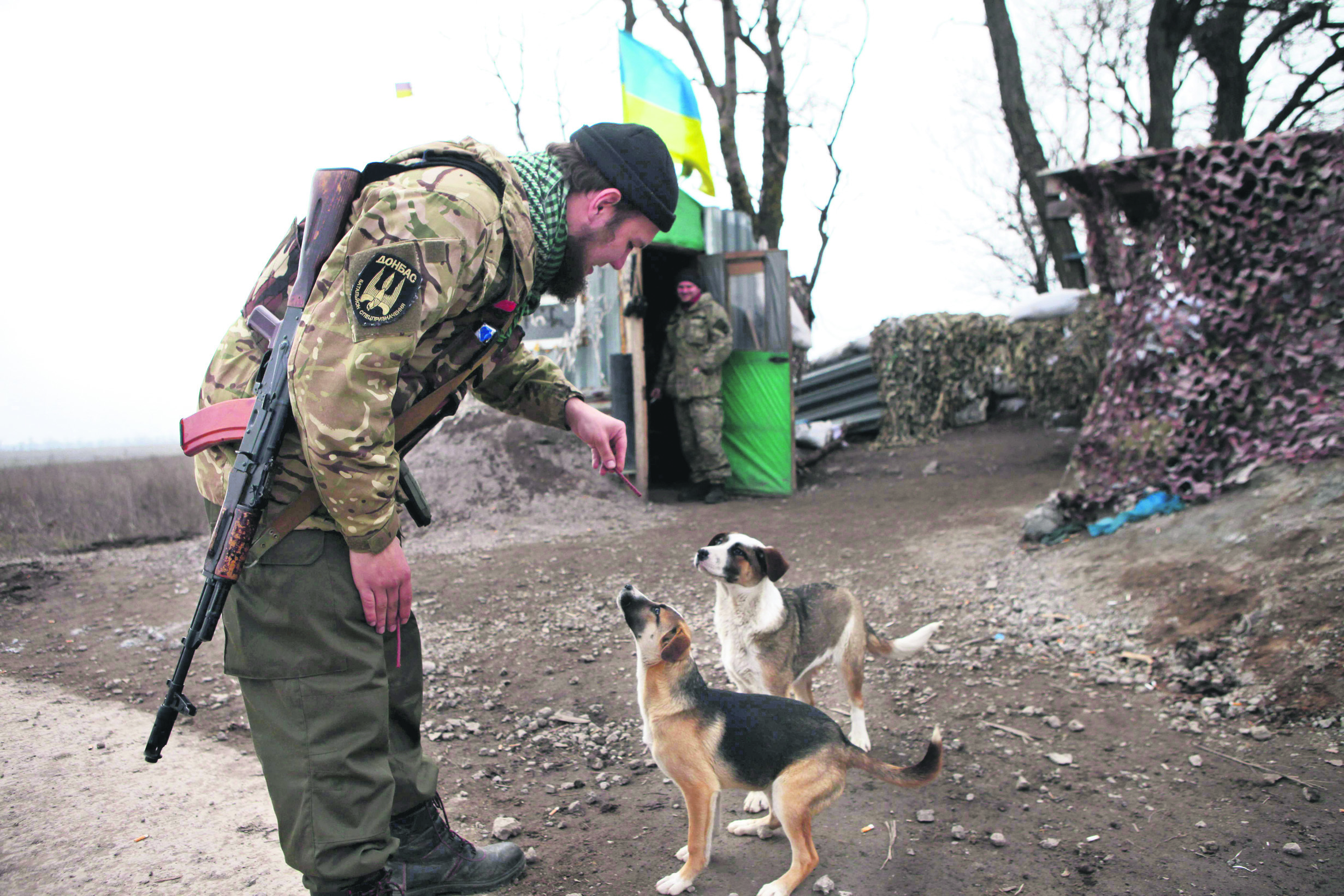 The 23-month conflict has claimed the lives of nearly 9,200 people and driven more than 1.5 million from their homes.

A series of periodic truces have helped quiet some of the war's biggest guns, but increasing exchanges of fire and mines scattered throughout the conflict zone claim lives of civilians and soldiers almost daily, with night-time especially unsafe. For soldiers like Pavlo, any sign of the long-forgotten joys of normal life is cherished, with the pets around them treated like royalty.

A large black dog that has been given the nom-de-guerre Gilza (Bullet Shell) cuddles up at Pavlo's feet as he speaks. "Dogs are also an irreplaceable assistant," he said. "They work like an alarm system when there is a threat. That is because they hear and see much better than people do. They warn us when the enemy is approaching."

A military medical attendant who only provided his codename, Rodon, treats cats like irreplaceable colleagues who help fight the spread of infectious diseases by hunting down rats and mice. But Rodon admits that the animals' greatest value comes from the morale boost they invariably give the homesick soldiers. "They are like an antidepressant; they lift your mood," Rodon said. "You call them, and a whole swarm of them comes running your way. And you immediately feel better," Rodon said while a dog licked some food from his palm.

Besides soldiers, Rodon also treats dogs, even giving them treatments from his own medicine supplies. "We brought back many dogs from Shyrokyne who were abandoned by residents fleeing the shelling," Rodon said. "When they all suddenly fell ill, I treated them with antibiotics and made them drink vodka," he said, referring to a tipple renowned for being the antiseptic of last resort.

On the other side of the front line, a 40-year-old rebel who is known to his fellow separatist fighters as Turok (The Turk), commands a squadron on the outskirts of the insurgents' de facto capital of Donetsk. He proclaims himself a sworn enemy of pro-Western Kiev's forces, but worships animals in much the same way as his opponents.

"We have a lovely German Shepherd that decided to live with us at the very start of the war. She was abandoned by the locals," Turok recalled. "But she recently died when she stepped on a mine," he added gravely. "All she left behind were her puppies."

They have been kept in a pound to prevent them from running off to the front, where live exchanges of fire occur daily, accompanied by the periodic use of much heavier and more deadly weapons. "We call the red one Praporshchik [Warrant Officer] and the black one Mayor [Major]."

But the Ukrainian gunner Pavlo refuses to christen his cats. "I do not want to give them any names associated with the war," Pavlo said. "I will name my kitten once I take him home [to Kiev]," he added.