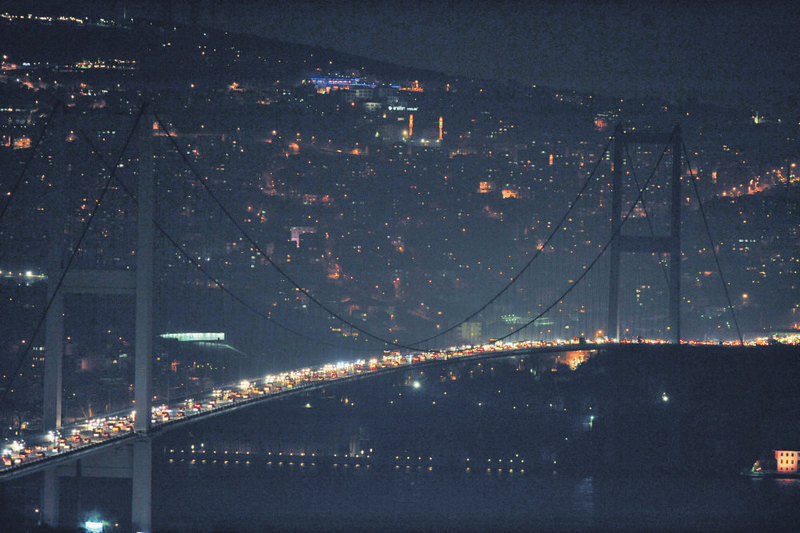 Iconic Turkish landmarks including the ancient city of Efes [Ephesus], Edirne's Selimiye Mosque and Cappadocia's "Fairy Chimneys" will switch off their lights on March 19 to support "Earth Hour." The World Wide Fund for Nature (WWF) event, now in its tenth year, aims to raise awareness of climate change by turning off the lights for one hour to reflect on the use of electricity and environmental harms from overconsumption.

Ephesus, Selimiye Mosque and the Fairy Chimneys have all joined international locations on UNESCO's World Heritage list to celebrate this year's event. In Istanbul, the Bosporus Bridge, Topkapı and Dolmabahçe palace, the Haghia Sophia Museum and the Galata Tower will also go dark, to help remind people about the need for action on the climate.

"We attach particular importance to these monuments, which have witnessed history, taking part in this movement," said Tolga Baştak, general director of WWF-Turkey. "We call on everyone to think of the future of our planet for one hour, for which the lights will be turned off," he said. The celebration will be held on March 19, between 8:30 p.m. and 9:30 p.m. [6:30 - 7:30 GMT] local time. Last year, more than 2 million citizens in 172 countries joined the World Hour event.