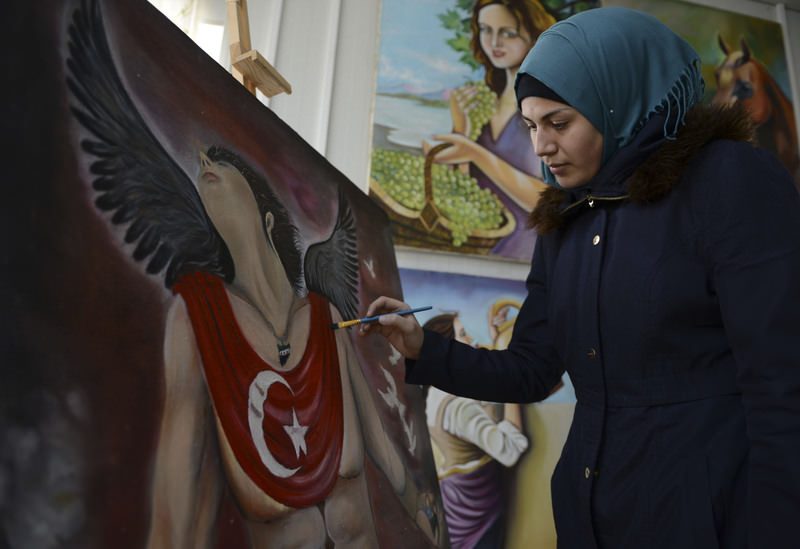 Eight Syrian painters residing in Elbeyli Container City, the name given to residences established for refugees in the town of Kilis in south-central Turkey, have made artwork depicting the civil war in their country and their gratitude for the assistance which the Turkish people have offered.

Kilis, which has an official population of 90,300, has been nominated for a Nobel Peace Prize by politicians, as it hosts almost 125,700 Syrian refugees, more refugees than official residents.

The locals of Kilis have been helping their Syrian brothers and sisters since the day the civil war began and have continued to provide aid to the refugees for almost six years.