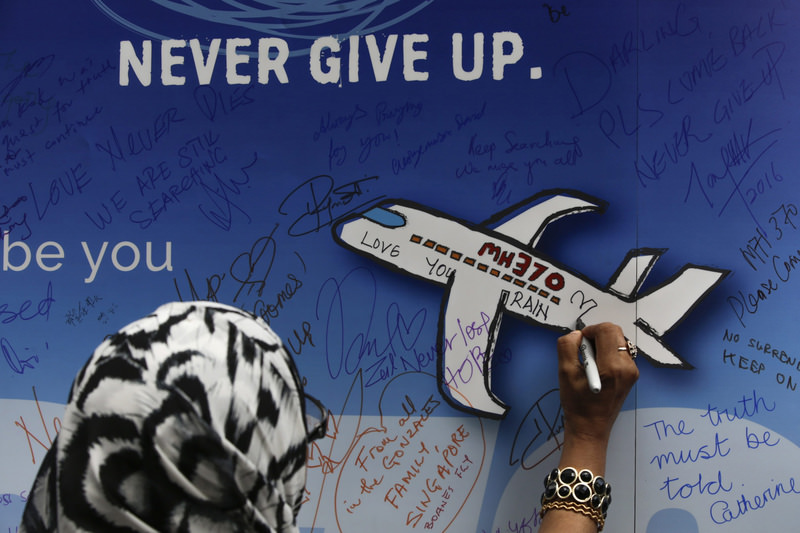 by Mar 25, 2016 12:00 am
Australia said on Thursday debris recovered this month in Mozambique was highly likely to be from missing Malaysia Airlines flight MH370, while Malaysia called for a stepped up search of Africa's coast for clues to the plane's fate.

Official analysis found two pieces of debris were "almost certainly from MH370", Australian infrastructure and transport minister Darren Chester said in a statement, referring to the Boeing Co 777 that vanished in March 2014 with 239 people on board.

"That such debris has been found on the east coast of Africa is consistent with drift modelling ... and further affirms our search efforts in the southern Indian Ocean," Chester said. The flight disappeared en route from Kuala Lumpur to Beijing, creating one of the most baffling mysteries in aviation history.

Investigators believe someone may have deliberately switched off the plane's transponder before diverting it thousands of miles off course, out over the Indian Ocean.

A search, led by Australia and one of the most expensive ever conducted, has focused on a 120,000-square-kilometers band of sea floor in the remote southern Indian Ocean.

In 2015, French authorities said a wing part found on the Indian Ocean island of Reunion was part of the plane.

The Mozambique debris was examined by investigators from Australia and Malaysia, as well as specialists from Boeing, Geoscience Australia and the Australian National University in Canberra.

The discovery is likely to add to pressure from the public for the search to go on beyond a mid-2016 schedule for it to be wound up. Most of those on board were from China.

"If they don't find the plane in the area where they're searching now, they and others need to continue to look," said U.S. adventurer Blaine Alan Gibson, who found one of the new pieces of debris this month on his own independent search.

"They've got to solve this mystery. We can't give up after the current search area is completed," Gibson added in a telephone interview, shortly after being told by the authorities that his discovery matched the plane.

The piece of debris that Gibson found is a white, metre-long chunk of metal with "No Step" printed on it. It arrived in Australia for testing this week, along with another piece of debris found in Mozambique soon after.