Ancient burials revealed at mysterious Plain of Jars in Laos 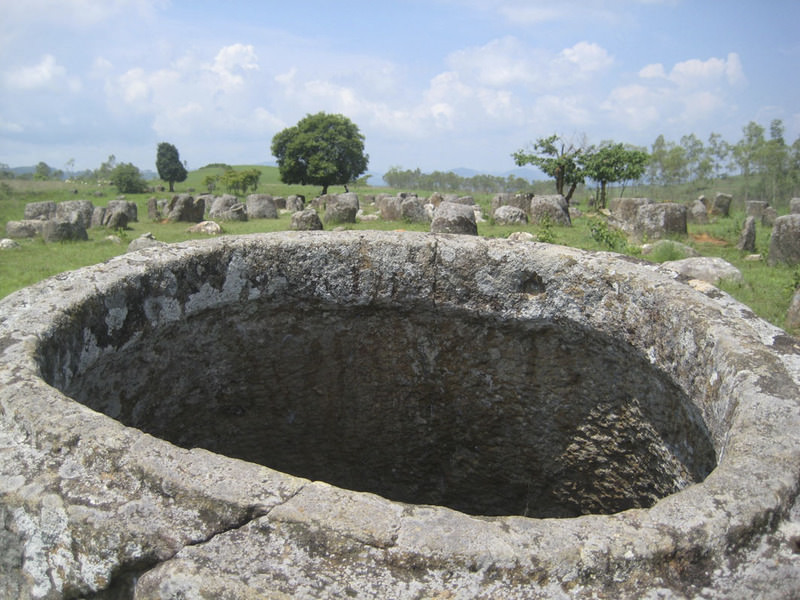 by Apr 05, 2016 12:00 am
Archaeologists have uncovered ancient human remains and various burial practices at the mysterious Plain of Jars in Laos, Australian researchers said Monday, as scientists attempt to unravel the puzzle of the stone vessels.

The Plain of Jars in Laos' central Xieng Khouang province is scattered with thousands of stone jars, and scientists have long been perplexed by their original use. "This will be the first major effort since the 1930s to attempt to understand the purpose of the jars and who created them," Dougald O'Reilly from the Australian National University's School of Archaeology and Anthropology said in a statement.

He said excavations uncovered three types of burials at the site. In one practice, bones were buried in pits with a large limestone block placed over them, while other bones were found buried in ceramic vessels, separate from the jars.

The researchers also found for the first time an instance of a body being placed in a grave. O'Reilly said while the jars were empty now, it is possible they were once used to hold bodies until the flesh had completely decomposed so the bones could then be buried. "We don't have any evidence for cremation, which is something that has been suggested in the past," said O'Reilly, adding that it was also unclear where those buried had lived. Despite the finds, he said the original purpose of the jars remains unknown. "The stone jars remain a mystery as to what they were used for," O'Reilly told Agence France-Presse (AFP).

Only a few simple objects, such as a handful of glass beads, have been found with the human remains at the burial sites, which are thought to date from about 500 or 600 B.C. to 550 A.D. A joint Australia-Laos research team spent one month collecting data at the site, and O'Reilly said he hoped a better archaeological understanding of the Plain of Jars would help with a bid to have it listed as a UNESCO World Heritage site.

About 90 sites make up the intriguing area in the Southeast Asian nation, with the carved jars ranging in size from 1 to 3 meters tall. The excavations were conducted in February in conjunction with the Laos Information, Culture and Tourism Ministry and Melbourne's Monash University as part of a five-year project.
RELATED TOPICS