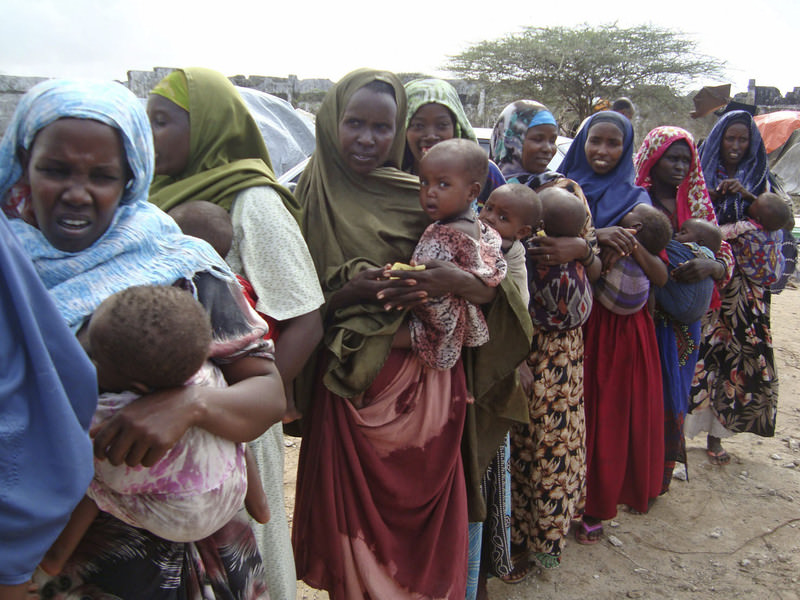 by Anadolu Agency Apr 05, 2016 12:00 am
Thirteen years since Africa saw the adoption of the Maputo Protocol - one of its most progressive legal instruments on women's rights - violations are still widespread across the continent, activists told Anadolu Agency (AA).

Human rights leaders converged in Banjul, Gambia, at the opening session of an NGO forum attended by close to 200 groups from all over Africa.

The consensus is that progress in defending women's rights in Africa is minimal.

Sahli Fadel Maya, a commissioner and rapporteur on refugees, asylum seekers and internally displaced persons and migrants at the African Commission on Human and Peoples' Rights, spoke to AA.

"There is disparity, inequality and discrimination against women everywhere in Africa, and that is why the African Union established the Maputo Protocol," Maya said.

The Maputo Protocol is the African charter on human and peoples' rights on the rights of women, adopted in 2003 by the Assembly of Heads of States and Government in Maputo, Mozambique.

Maya says much more needs to be done to enact the document: "However, some other states are lagging behind in ratifying the Maputo Protocol and that is hindering the progress of women's rights on the continent. We need political will for greater progress. We have seen some progress in the advancement of women's rights in education and other areas, even politics. We have ministers appointed as women. But women are still a vulnerable group."

This year is the African year for human rights, with a specific focus on women's rights.

Hannah Forster, executive director of the African Commission for Democracy and Human Rights Studies, said the failure by African states to implement legislation and international protocols hinders womens' rights on the continent.

Forster also argued that to enhance the status of women on the continent, there is a need to economically empower them and also bring them in at the decision-making level. Herself an activist, Forster said female human rights defenders are stigmatized and are being treated with suspicion.

"Sometimes women are in the executives of the political parties, but all political decisions are being made by men," Forster said. "The womens' rights movement in Africa has a long way to go. Women are politically, socially, culturally and economically disadvantaged. Women need to be given opportunities."

Gaye Sowe, executive director of the Institute for Human Rights and Development in Africa, said the Maputo Protocol is "under-utilized."

"There is the Maputo Protocol which is very progressive, but it is not ratified universally and it is very much under-utilized, even though it has been in force for so many years. So implementation of laws and policies are an issue," he told AA.