Bazaar along the coast serves charity 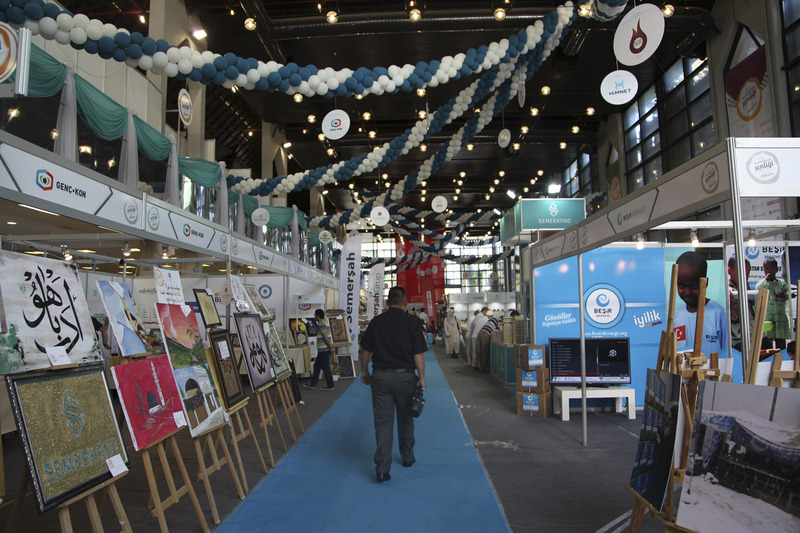 by Daily Sabah Apr 06, 2016 12:00 am
The Invitation to Charity Festival, which the Semerkand Foundation has organized for the last two years, will take place between May 4 and May 12 at Istanbul's Maltepe Coast Park. The festival will turn shopping into charity and will put various items on sale at discounts, including linens to home appliances, shoes and clothes that were collected from 130 districts of 12 provinces. There will also be autograph sessions, concerts, meddah (traditional storytellers) performances, a playground for children, a food court and panel sessions on history.

The revenue will be donated to students as scholarships. The festival area covers 32,000 square meters and will be open from 10 a.m. to 10 p.m. The festival will also host the ninth International Conquest and Youth Meeting. The official opening of the organization, which will welcome 5,000 students from 72 provinces and 16 different countries, and the Invitation to Charity Festival will take place simultaneously on May 7. The festival is expected to attract nearly 1 million visitors.

Semerkand Foundation's Education Unit supervisor and the general president of Genç-Kon, Ahmet Sözbilir, said about the charity festival: "The Semerkand Foundation continues to reach out to large masses thanks to the efforts of our benefactors and volunteers. The third edition of the Invitation to Charity Festival is one of the primary events of the Semerkand Foundation whose aim is to raise awareness about charity culture, as well as the importance of education. So, we want to thank everybody who supports us physically as well as with their donations. We invite all Istanbulites to Maltepe Coast Park."
RELATED TOPICS