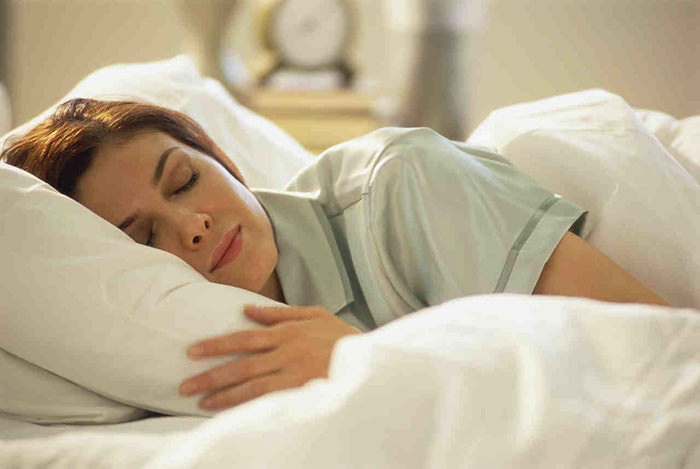 It's three o'clock, the hot Spanish sun is shining and you've finally made it to your sofa. It's been a long day and a large lunch has made your eyes heavy. You close the blinds, put on a nature documentary and quickly doze off, lightly awakening 30 minutes later.

In Spain, there is no one way to sleep the siesta, but according to studies, this is the most common form that Spaniards enjoy, give or take a nature documentary. And while the siesta itself is blissful for many, the working day around it has come under fire lately in Spain.

"Viva la siesta! It's especially fundamental in Spain because of the long hours we work, you take a siesta when you're tired and we're tired because we're working so much," Miguel Angel Olias, a Spanish promoter with the United Nations, told Anadolu Agency this week when asked to explain the Spanish attachment to a afternoon nap.

The average Spaniard is at work until 8 p.m., according to the EU statistical service Eurostat, something which many say makes a work-life balance nearly impossible. In Spain, long lunch breaks are often institutionalized, sometimes for between two and three hours, which extends the work day long into the evening.

This week, Acting Prime Minister Mariano Rajoy announced his intention to end the working day at 6 p.m. and move Spain's time zone back an hour to match the U.K. and Portugal.

Many international news organizations latched on to the announcement, reporting that Rajoy wanted to "kill the siesta" or "end the siesta in bid to join the 21st century". Global News in Canada reported that the siesta "is at risk of extinction". The stories were often accompanied by photographs of Spaniards snoozing on the job.

"Currently, it's customary to begin work at 10 a.m. and break at 2 p.m. for a siesta for as long as three hours," reported The Times in Britain. Other reporting echoed the same concept.

Spaniards were outraged because in Spain "siesta" means "nap" and is not synonymous with "lunch break". Social media users and the Spanish press accused foreign journalists of peddling stereotypes that Spaniards are lazy or implying that Spain has an epidemic of napping on the job. "Rajoy wants to end the siesta': the degrading rumors in the foreign press," read a headline of El Espanol, a respected online journal.

In reality, few Spaniards have the luxury of enjoying the siesta. Only 16 percent of Spaniards are daily nappers (this includes the retired and the unemployed) and 59 per cent never take an afternoon snooze, reported a 2009 survey by the Foundation for Education and Health.

Less sleep than rest of Europe

A 2013 study by the Spanish Sleep Association suggested that Spanish people slept an hour less per day than other Europeans.

What Rajoy and other Spanish politicians have called for is not the death of the siesta but a reduction in the typical office working day to a schedule more similar to their European counterparts in an effort to promote a better work-life balance.

According to the Organization for Economic Co-operation and Development, Spanish workers are in the office for an average of 277 hours a year more than Germans but are less productive. Many point to Spain's schedule as a reason why.

"We all want to live better so we have to make some changes to adapt to the modern world," Jose Luis Casero, president of the National Commission for the Rationalization of Spanish Timetables, told Anadolu Agency.

"It's well known that if people are happier, well rested and able to live a more balanced life they will be more productive at work."

The current working day in Spain is a relic of the Franco era, said Casero. Before the advent of Franco and industrialization, Spaniards tended to eat lunch at 1 p.m. and dinner at 7 p.m. or 8 p.m. Now, a typical Spanish dinner is at least a couple of hours later.

During World War II, Franco changed Spain's time zone to align it to his ally Nazi Germany. In the decree, Franco said this time zone, which pushes back the Spanish sunset, would be temporary. Nearly 80 years later and it is still in place.

In addition, Spain in the 1940s was primarily rural and many farmers set their schedule by the sun, which contributed to pushing forward the daily schedule. Taking a break in the scorching afternoon sun was also common for farmers, especially in the south.

"In the summer, if you want to sleep at 10 p.m., the sun is still blaring," Olias the UN worker said. "Now it's OK because if you leave work at eight you can enjoy a couple hours of sun but it makes us stay up later and sleep less."

The Franco period also saw radio and television news broadcasts issued at around 2.30 p.m. and 10 p.m. Today, primetime television shows start late and many run well past midnight. Rajoy has said he also wants to make the most popular shows end by 11 p.m.

Casero said the long lunch breaks in cities are attributed to the disrupted economy following the civil war, when it was common for workers to have two or more jobs.

"They would go to their first job until the afternoon and take the break to eat and travel to their second jobs," he said. "Then the men would come home exhausted and expecting their wives to have the food ready for them when they got home in the late evening."

Casero said a shorter working day would promote not only a healthier lifestyle but also gender equality.

"Not only would this help women who want to work while raising children, it also helps the men take more responsibilities at home," he told Anadolu Agency. "The times have changed and allowing men to spend more time with their children and in their homes is a good thing for most fathers."

So while long working hours in Spain are on the chopping block, the siesta is safe and perhaps could even be exported.

A NASA study found that a 26 minute power nap improves performance by 34 percent and alertness by 54 percent.

"I try to taka a siesta whenever my children let me," Olias said. "Quick siestas are wonderful, they shouldn't be laughed at - they should be promoted all over the world."