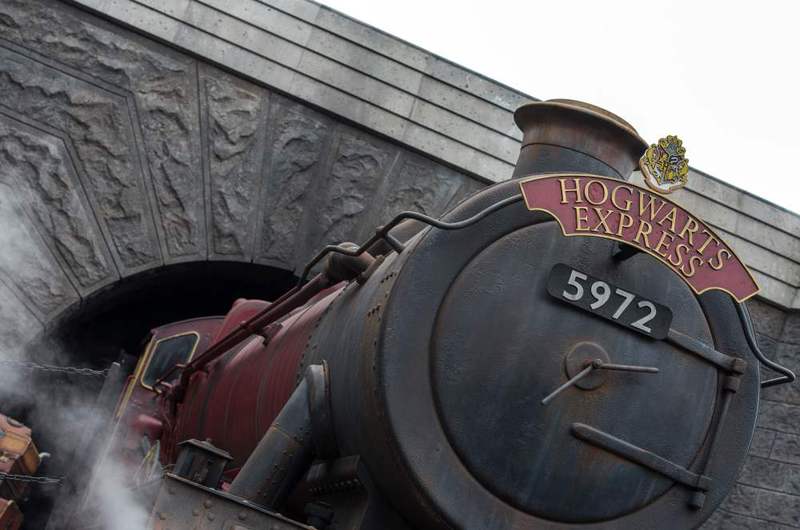 Nearly 20 years after the blockbuster book series made its debut, the magical allure of a visit to Potter's world drew sold-out crowds who waited overnight Thursday for the opening of Universal Studios Hollywood, the site of the fifth Wizarding World theme-park attraction to open in as many years.

In the musty bowels of a spiky Hogwarts Castle, "enchanted" talking portraits guided the way to a hair-raising 3-D adventure ride amid flying dragons, spitting spiders and the films' stars in hologram form.

Outside in a mocked-up Hogsmeade Village, black-robed attendants hawked frozen Butterbeer and $40 interactive wands that cast special effect spells on the property, while the California sun shined over the village's faux-snow-capped roofs.

The land's wizarding workers keep character, ringing up purchases in "muggle" money and the occasional English accent. So do some of the visitors: At a media preview, even a Chinese television reporter was spotted in the uniform of Potter's Gryffindor House.

The estimated $500-million village and its would-be wizarding visitors are only the newest outpost of a vast business empire still in its ascendancy, whose rise seems to have more than a bit of magic to it.

Nearly everything touched by Rowling's teen wizards, it seems, has turned to gold. The books have sold more than 450 million copies worldwide in 73 languages. Combined, the films have grossed nearly $7.7 billion.

Add in affiliated games, toys and licensing, and the Harry Potter brand is valued at an estimated $15 billion.

Even the chair in which the then-struggling writer penned the first two books is now worth its weight – it sold this week at a New York auction for $394,000.

There are other blockbuster franchises that have stood the test of time, notably "Star Wars," stronger than ever nearly 40 years after its debut. But unlike "Star Wars," Harry Potter's story officially ended with the final book – and so to keep the magic alive may take some tricks.

Bloomsbury, Rowling's publisher, has plans to keep up the momentum, releasing 10 more Potter projects through 2017, including new illustrated editions of Rowling's companion volume "Fantastic Beasts and Where to Find Them" and 20th anniversary editions of the Harry Potter books.

A new two-part play, "Harry Potter and the Cursed Child," will open in July on London's West End – a book version will be released at the same time – and a film version of "Fantastic Beasts" starring Eddie Redmayne is set for November release.

But to achieve true immortality may require cementing Harry Potter into the entertainment world, even literally. The theme park attractions are part of that brand strategy to keep the series relevant for coming generations. Given the series' runaway success, it is perhaps no surprise that Universal Studios' Wizarding World attractions have given hefty boosts to visitors and revenue, even setting off what one industry observer called a theme park "arms race" as rival Disney struggles to catch up. But in return, they may help Harry stand the test of time, too.

Warwick Davis, the actor who played Professor Flitwick in the "Harry Potter" films, said children who missed the books and films the first time around may find a way in through the theme parks – in a way that is good for business all around. Visitors not yet under Potter's spell might "fall in love … and then go and start reading the books and watching the films," he said. "One can feed the other."
RELATED TOPICS