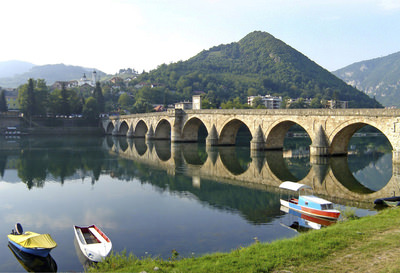 Mehmed Pasha Sokolovic Bridge, the only known structure constructed by Ottoman court architect Mimar Sinan in Bosnia-Herzegovina, continues to connect the two sides of the Drina River in Sarajevo

Located in Visegrad, the historical bridge was commissioned in 1577 by Ottoman Grand Vizier Mehmed Pasha Sokolovic, of Bosnian origin, for chief architect Mimar Sinan, whose works reflected the magnificence of the Ottomans throughout Anatolia and the Balkans. The bridge was included in UNESCO's World Heritage List in 2007, and restored last year by the Turkish International Cooperation and Development Agency for 3.5 million euros. Characterized by UNESCO as the apogee of Ottoman monumental architecture and civil engineering, the bridge has fascinated wanderers and writers throughout the centuries, and inspired Yugoslavian Nobel Prize-winning writer Ivo Andric's acclaimed novel "the Bridge over the Drina," shedding light on the multi-cultural social texture of the region through a story spanning four centuries. Despite the fact that the historical bridge has witnessed many incidents over more than five centuries, the cruelest was the brutal killing of a large number of Bosniak civilians by the Serb Army during the Visegrad massacre in 1992. 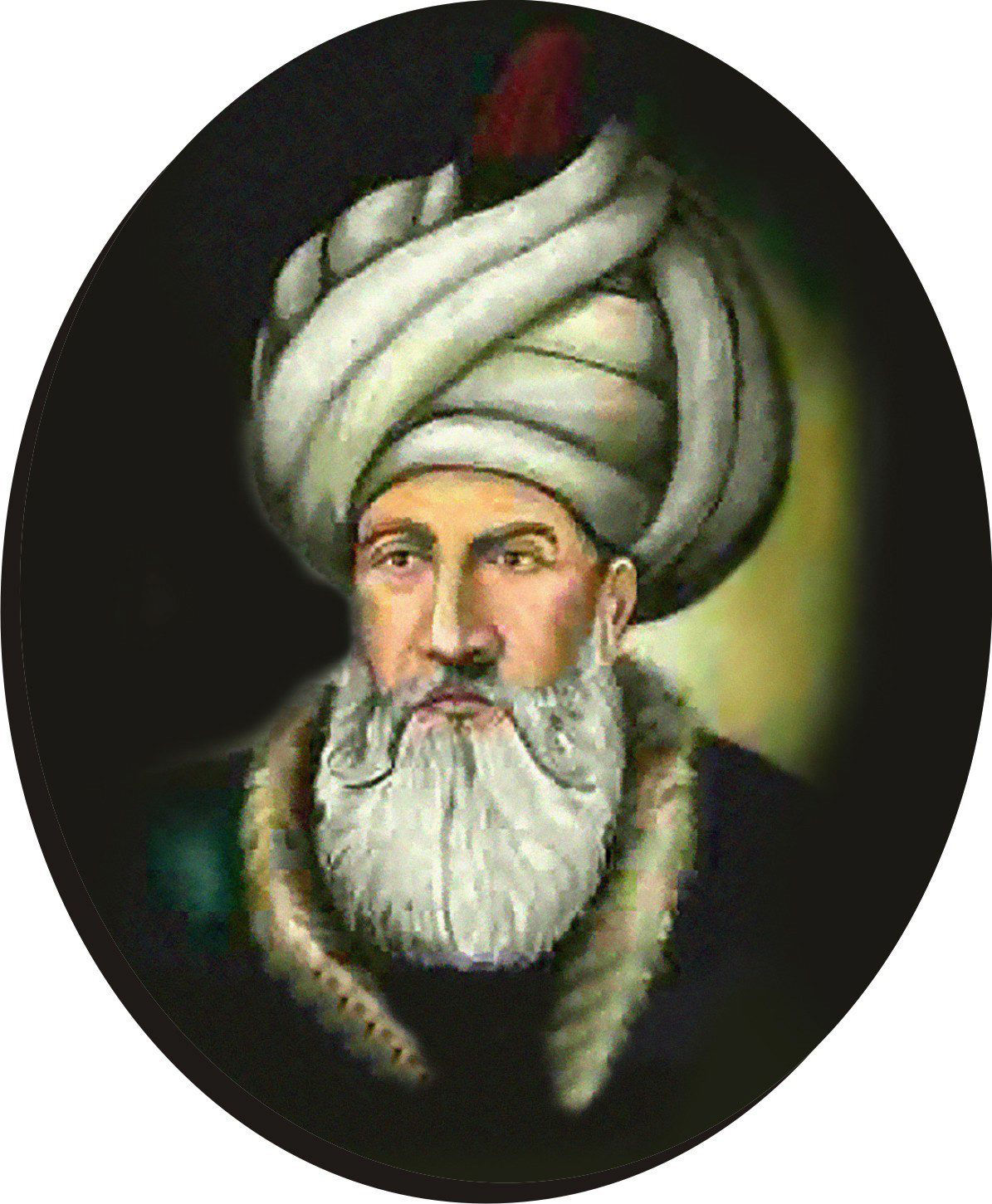 Mimar Sinan was the chief Ottoman architect and civil engineer for sultans Süleyman the Magnificent, Selim II and Murad III.

Mehmed Pasha Sokolovic Bridge has 11 masonry arches with spans of between 11 meters to 15 meters, and an access ramp at right angles with four arches on the left bank of the river. The 179.5-meter-long bridge is representative of the classical Ottoman period and a contemporary of the Italian Renaissance. The unique elegance of proportion and monumental nobility of the whole site bear witness to the greatness of this style of architecture.

Professor İbrahim Krzovic of the Fine Arts Academy in Sarajevo spoke to Anadolu Agency (AA) and said that the Mehmed Pasha Sokolovic Bridge is a monumental structure rather than a simple bridge, claiming that "no other bridge like the Mehmed Pasha Sokolovic Bridge was built before." He emphasized that while Mimar Sinan built a total of seven monumental bridges throughout his career, the Mehmed Pasha Sokolovic Bridge is his best. Recently found documents indicate that Mimar Sinan built two other buildings in Bosnia, the Sofu Mehmed Pasha Mosque and Mehmed Pasha İmaret (soup kitchen). However, only the bridge managed to reach the present day. Speaking to AA, Professor Krzovic said that some academics claim that there is a mosque named Sofu Mehmed Pasha in the city of Banja Luka, and this mosque was one of the works of Mimar Sinan. "In my professional opinion, the mosque in Banja Luka does not resemble other works by Mimar Sinan, because the mosque was built in the 16th century and it has a rather more modest appearance than Sinan's other works. It is hard to think that Mimar Sinan, one of the greatest architects in history, built such a modest mosque in the peak of his career and artistic production," said Krzovic, indicating the possibility that the mosque could have been built by the students of Sinan and was recorded under his name. He continued, "Mimar Sinan is one of the greatest architects of all time. His works are the most important examples of the Ottoman classical architectural era."

Apart from his own works, Mimar Sinan left his impression on the history of architecture through the works of his students. The Stari Most Bridge, built in 1566 by Mimar Hayrettin, one of Mimar Sinan's students, is one of the most recognized Ottoman landmarks in Bosnia and Herzegovina. The historical bridge was destroyed by Croatian artillery during the Bosnian War in the early 90s. However the Stari Most was rebuilt with contributions from Turkey and other countries in 2004.

Krzovic characterizes Stari Most, which is one of the symbols of Bosnia-Herzegovina and has connected cultures for centuries, as "a work of a good student." Krzovic said that the students of Mimar Sinan built numerous buildings in Bosnia-Herzegovina, adding that the Alaca Mosque in Foca is the most beautiful mosque in Bosnia and was built by Ramazan Ağa, a student of Mimar Sinan.
RELATED TOPICS