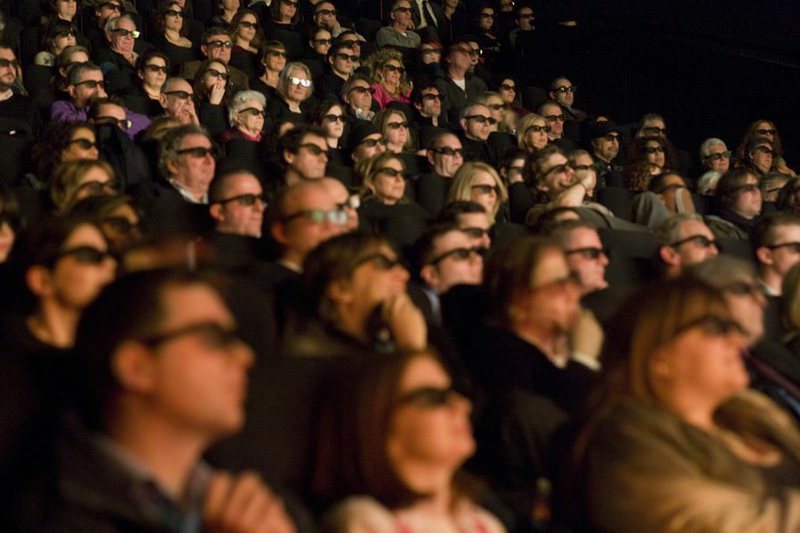 by Anadolu Agency Apr 11, 2016 12:00 am
Most Turkish cinemagoers prefer watching films in movie theaters in malls, according to a new report by Turkey's Competition Authority. The report shows that 71 percent of cinema halls are located in shopping malls.

Differences have been observed in consumer trends in recent years, showing that the concept of the "street front movie theater" is losing its popularity. Three years ago, the number of movie theaters in shopping malls was more than 2,000 and grew by four percent in 2014 alone. Almost half of these theaters are located in Istanbul, Ankara and İzmir.

In the last 10 years, there has been a regular rise in the number of theaters, and Turkey ranks seventh amongst European countries for the number of movie halls. A similar trend is also seen in movie ticket revenues as Turkey ranks eighth in Europe in this regard. Considering local and international movies, Turkey again ranked eighth in Europe in terms of local productions released in the last 10 years.
RELATED TOPICS