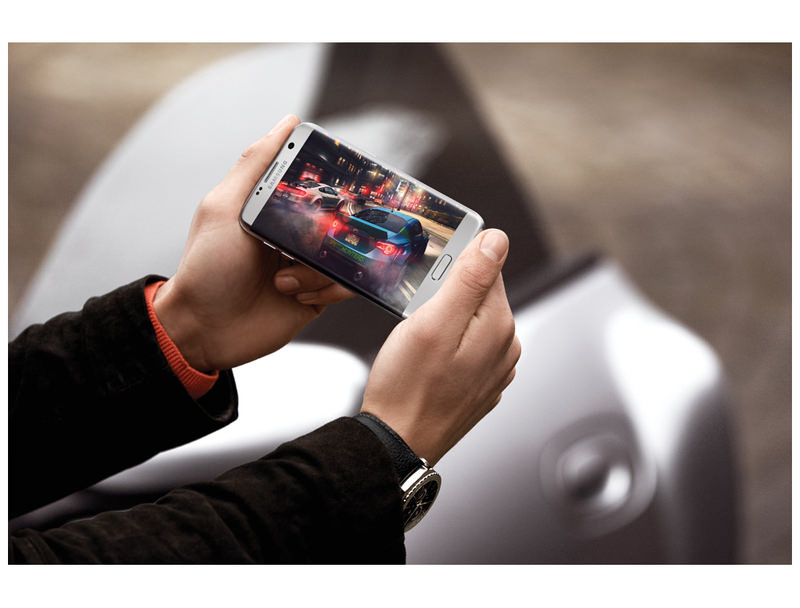 Game and music services in Turkey will be among the biggest beneficiaries of 4.5G technology. With faster Internet speeds and larger data quotas, more local developers will enter in entertainment sector, mobile games, most notably, attracting millions

Multitasking might cause people to make mistakes; however, we also gain new habits to avoid the feeling of not being able to keep up with everything. Sometimes things such as speed attract our attention and while we are busy performing speed tests on our electronic devices, we neglect the apps. The need for speed is unappreciated once fulfilled and you cannot look back once you get it. We were quick to forget how we suffered while connecting to the internet by landline via dial-up - is there anyone who remembers the term? - as soon as we adopted asymmetric digital subscriber line (ADSL) technology. Back then, we were talking in terms of kilobytes, not gigabytes. We only learned what megabyte meant after being introduced to third-generation (3G) mobile technology and our internet quotas were measured in gigabytes. But now, the internet quotas have reached terabytes.

Those who conduct speed tests with fourth-generation (4.5G) mobile technology can use their entire quota after downloading 100MB of data if their internet connection is fast enough. Fortunately, GSM operators doubled mobile internet quotas and users can easily continue with their speed tests. However, it is wise not to overdo it. Speed tests are among the top applications that drain mobile internet quotas. GMS operators increased the quotas, but users have to decide on a new monthly package according to their data consumption.

Data consumption on the rise

According to the fourth quarter 2015 figures released by the Information and Communication Technologies Authority (BTK), annual mobile data consumption per person increased 62.5 percent and reached 1.3 GB on average. In Turkey, where there are 37.4 million mobile internet subscribers, we will observe more changes with the introduction of 4.5G. The gaming and entertainment sector will continue to grow as well. While new players operating cinema and music services are expected to enter the market, domestic entrepreneurs will surely emerge too. Moreover, instead of competition for downloads the competition for services will heat up. Once it is possible to video chat, text and share files simultaneously, the way people will operate in various sectors such as health, education and government will change substantially with the greater speeds offered.

Gamers do not tolerate delays

I spoke to the CEO of BigKazan, Furkan Faruk Ak›nc›, via video chat and he said that delays online gamers face is critical. According to Ak›nc›, "4.5G technology will enable gamers to access high-quality games easier and faster. At the same time, cheaper internet prices will also make it possible for gamers to have more games on the same device. I believe that 4.5G technology is an opportunity for videogame developers. It is certain 4.5G will open new doors and cause the gaming economy to grow both in terms of competition and creativity. On the other hand, we should not overlook electronic sports and competitive games, which have become a huge industry on their own. With the increase in instant data transfer speeds, 4.5G will enable mobile devices to gain widespread use in e-sports applications and mobile video broadcasting. Hence, the gamers as well as the audience will carry their e-sports rivalry to the mobile world."

Ak›nc› said the quality standard of mobile games increased with the improvements in the technical capabilities of mobile devices. He assessed the situation, and said: "A while back, we considered mobile games as simpler apps and more user-friendly compared to game consoles and PC games. However, we can now see that the quality of mobile games has leveled up incredibly. Since the games for mobile devices technically scaled up, the file sizes enlarged as well. It is not surprising to see games as big as a couple of gigabytes with all their upgrades."

Here are the games I pick for 4.5G users:

1. "Vainglory": The amazing mobile representative of multiplayer online battle arena (MOBA)-style games, which have gained popularity recently.
2. "DomiNations": A mix of "Clash of Clans" and "Civilization."
3. "Angry Birds Go!": Those who know how entertaining "Mario Kart" is can inform the others.
4. "Implosion": An incredible console-quality action game.
5. "Marvel Future Fight": A gripping action game blending Marvel heroes and role playing.

The lighter and more portable new iPad Pro allows users to comfortably multitask. Think of a designer busy with the final touches on their work while boarding the plane or a physician studying for their specialty exam online while listening to rock music at the same time. No doubt, tablets are an indispensable part of internet life. It was not easy at first to believe the iPad was a revolutionary product when it came into our lives way back on April 3, 2010. Six years later, millions of people manage their lives and business on an iPad. After the 12.9 inch iPad Pro launched, some were very pleased while others said the newest edition is bigger and heavier. There are two things that pleased me while checking out the new 9.7 inch iPad. The first is the product's weight - only 467 grams. The second is the high performance that improves on iPads' previous versions.

Users must feel it

Not only for iPads, but for all products, numbers and written features are not enough to thoroughly discover them. If you are a tech geek, forget sleeping for a couple and days and try each app and feature for yourself. Simply speaking, the iPad Pro is compatible for using multiple apps and other features related to 4.5G mobile infrastructure at the same time. The 4.5G mobile infrastructure now makes it much easier to access all services. Many professionals can do what they need to do and enjoy themselves at the same time.

While you are busy with multiple tasks, iPad Pro offers users quality music service with removable wireless Bluetooth speakers. With its four speakers, iPad Pro has much to offer for music lovers addicted to radio, podcasts or online music platforms. Instead of talking about screen resolutions, it is better to promote the iPad Pro's ability to bring high-definition video and high sound quality.