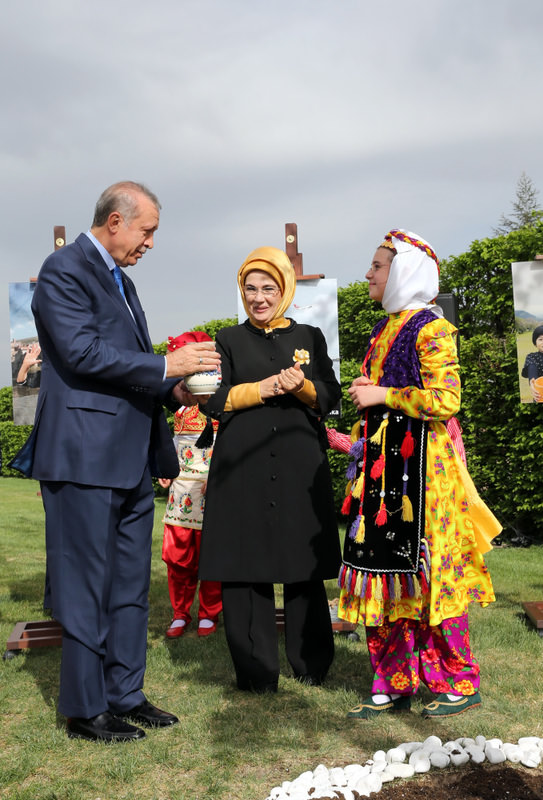 Celebrations in honor of the National Sovereignty and Children's Day on April 23 have already started around Turkey. Hundreds of children from 30 countries recently arrived for the annual children's festival organized by public broadcaster Turkish Radio and Television (TRT) for the 38th time in Turkey's southern province of Antalya. 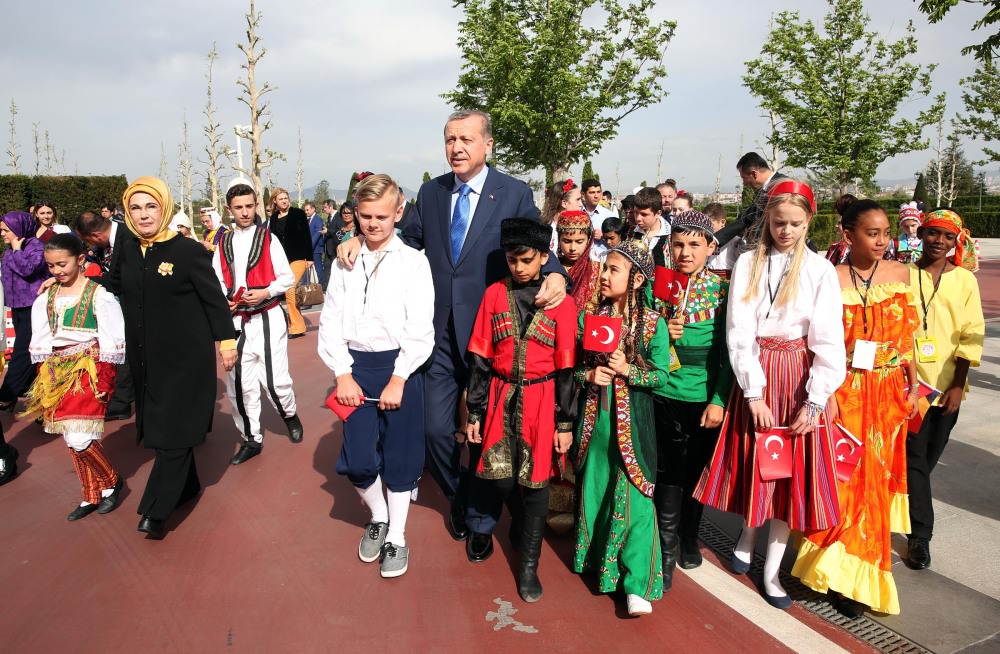 On Wednesday, children who will perform in the festival, arrived in traditional clothing at the presidential complex in Ankara, hosted by President Recep Tayyip Erdoğan. Erdoğan and first lady Emine Erdoğan first welcomed the children at the garden of the palace, where a tree planting ceremony was held. Taking the stage with the children, Erdoğan said he cannot imagine the world without children as the world would be meaningless. "For me, each child is a source of peace and joy. I wish I could embrace all children around the world," he said. Highlighting the historical importance of April 23 and the 93th anniversary of the Turkish Republic, Erdoğan added that Turkey will also realize its objectives for children by 2023, the country's 100th anniversary. Erdoğan said many children unfortunately suffer from poverty and injustice in different parts of the world due to ongoing conflicts. "Children never lose their hope. No matter if the world is getting darker, the sun will shine again. Although your languages are different, you can connect with each other through your hearts," he said, adding that cultural differences do not hinder them from coming together. 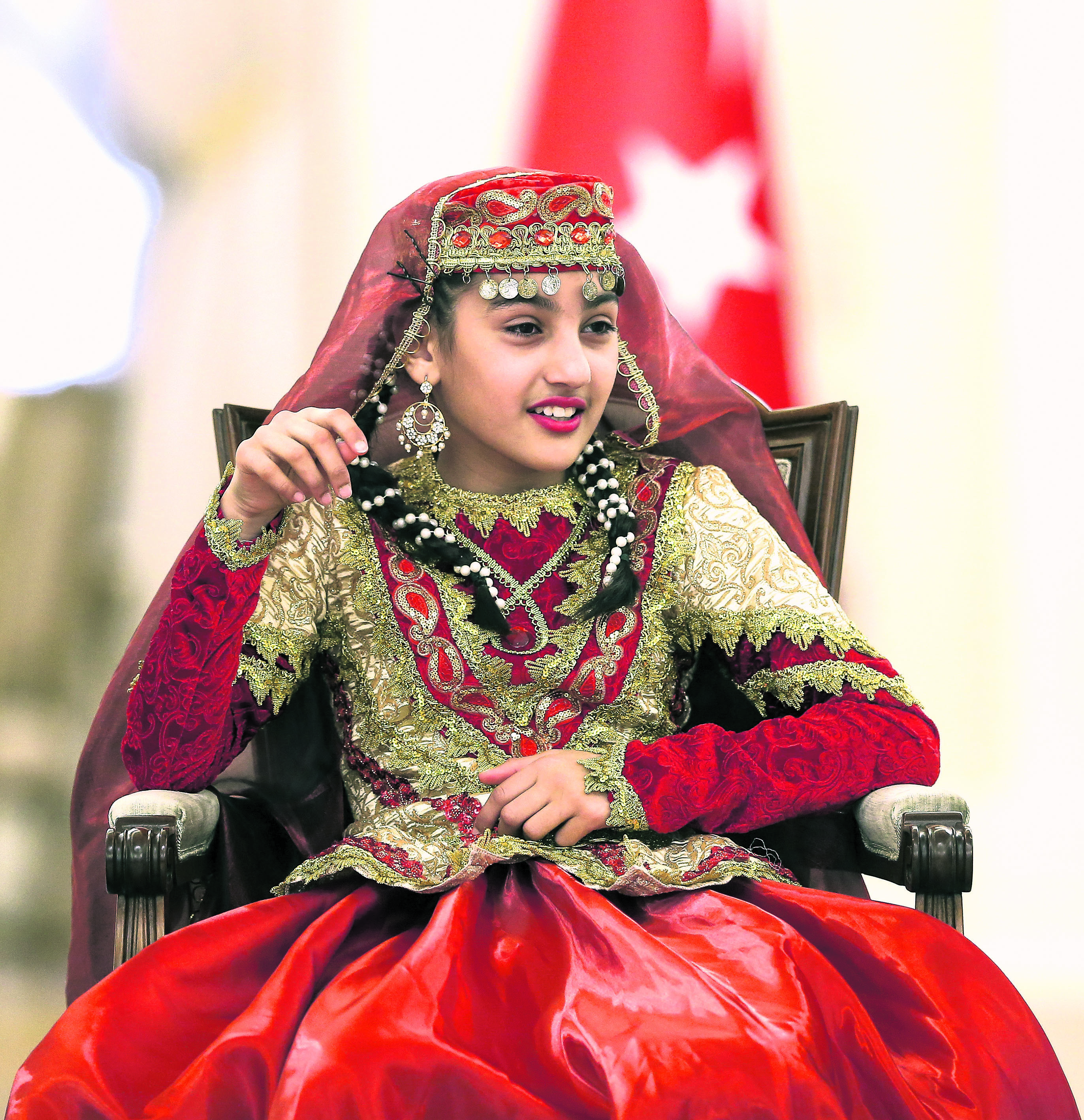 A special video screening featuring Syrian children also made its debut at the presidential complex Wednesday. The five-minute clip, "Cennetin Çocukları" (Children of Heaven) depicts the tragedy of Syrian children forced to flee their homes and their journey while embarking on a new life in Turkey. Syrian children take center stage in the video which features scenes from war-torn Syria as well as refugee camps they currently live in. "I am a little Syrian shivering in the age of ice. I carry my orphan lands in the light of my eyes," a voice narrates at the beginning of the video. "I will not cry and I will be happy today. I will not die today. Today my country is Turkey ... We are the children of heaven. Our love can defeat all weapons. We are the roses of each season. We are all brothers. All of us deserve a better world," the voice continues. Written by Turgay Evren, the song was dubbed by Muhammet Kahraman.

Prime Minister Ahmet Davutoğlu also welcomed the children to Çankaya Mansion with his wife, Sare Davutoğlu and National Education Minister Nabi Avcı yesterday afternoon, after the children's visit to Anıtkabir - Atatürk's mausoleum - accompanied by TRT's General Manager Şenol Göka. Davutoğlu and his wife chatted with each child individually. "Today, Çankaya Mansion has witnessed one of its happiest day. The world's most beautiful hearts are here as we are hosting the children that will shape the future of the world in the best way," Davutoğlu said. An Azeri child said, "I will never forget this week. We are all entertaining ourselves here." Some children performed songs during the meeting. 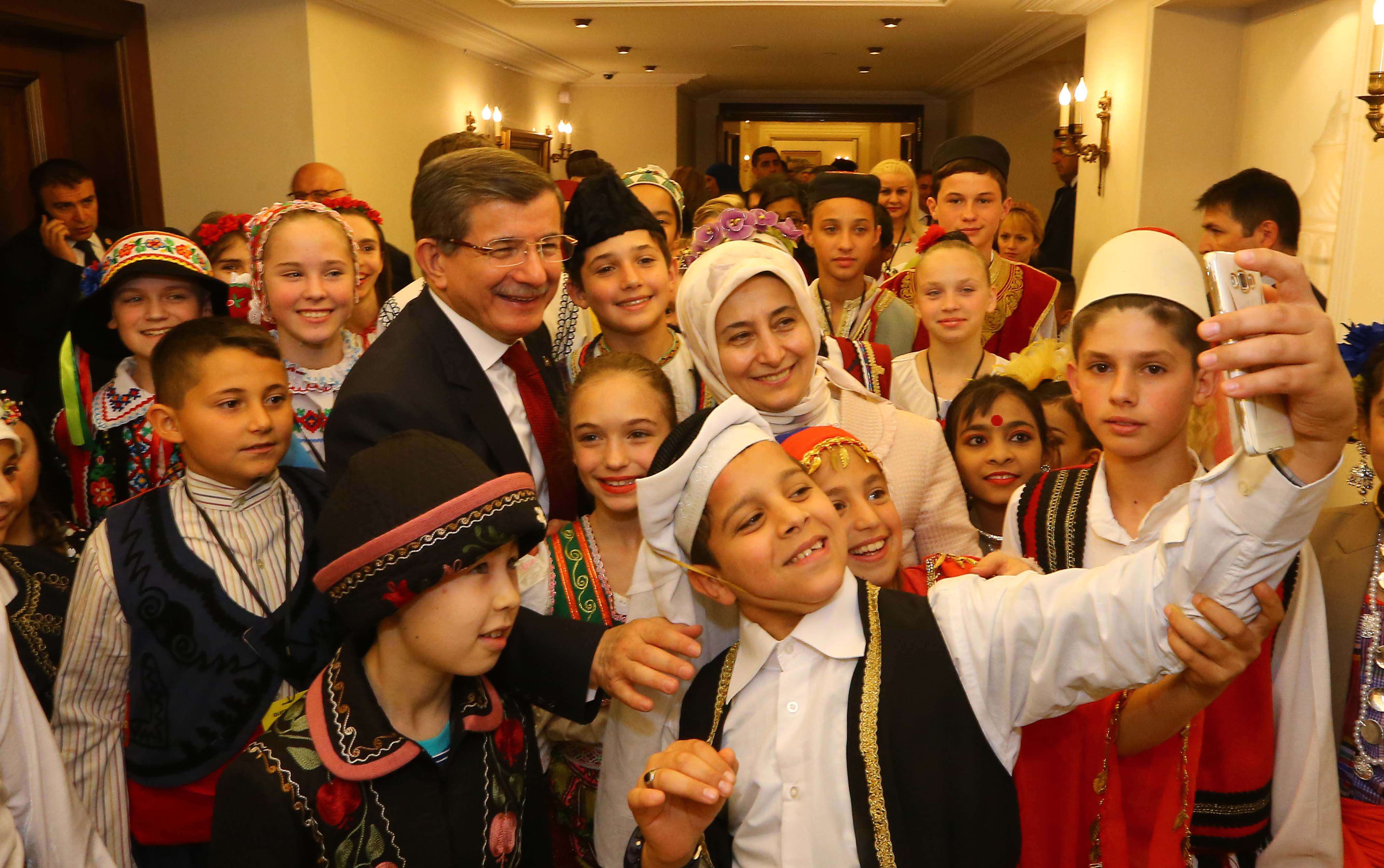 Prime Minister Ahmet Davutoğlu and his wife, Sare Davutoğlu with children at the Çankaya Mansion.

The TRT International April 23 Children's Festival will be taking place at the Expo 2016 fair venue until April 30. Among the participating countries, Bulgaria, the U.K., Kosovo, Albania, Georgia, the Maldives, Bangladesh, Ukraine, Iraq, Vietnam and Palestine will be represented. Guest groups will present a visual festival with traditional dance shows in colorful clothes accompanied by traditional music that is unique to each country.

The celebrations will continue throughout the week around Turkey. On Friday, Doctors Worldwide, a nongovernmental organization offering extensive medical and humanitarian help to people in need all over the world, will meet with Syrian children. As part of the event "Yeryüzü Çocukları Buluşması" (Worldwide Children's Meeting), volunteer psychologists will organize art and design workshops for refugee children who have participated in the Doctors Worldwide's İLAF project. They will enjoy a colorful day with their friends. Similar entertainment activities such as concerts, folk dance shows and theater performances will take place in different cities to mark the day at the weekend.
RELATED TOPICS