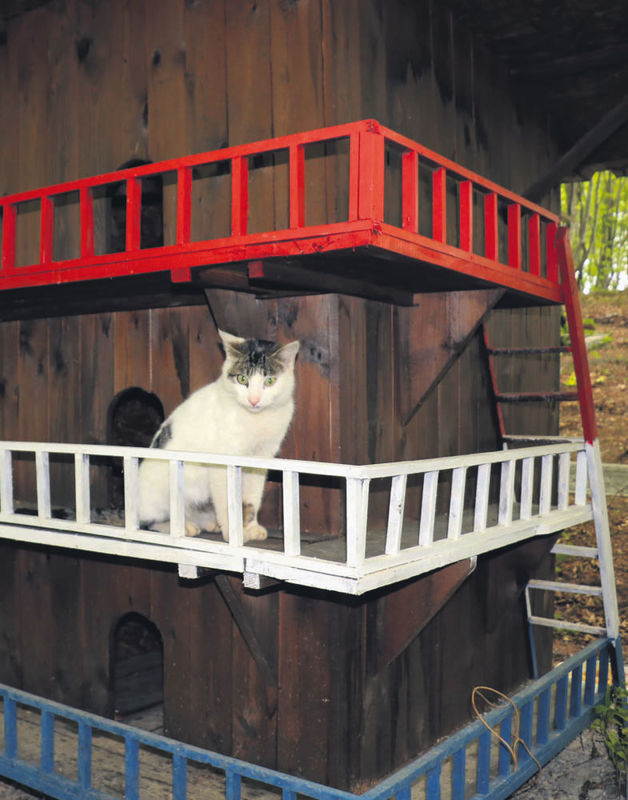 by Daily Sabah with AA May 02, 2016 12:00 am
A cat town established in the northern province of Samsun for street cats last year is expanding each day and the number of cats staying there has already quadrupled.

More than 200 street cats live in an atmosphere that resembles a five-star hotel. The feline town will now be expanded since more cats are being brought from other cities. Nurhan İşler, the provincial head of the Samsun Metropolitan Municipality Veterinary Affairs, said they only housed 50 cats in the beginning but now receives demands from different cities. İşler added that they want to expand the area so that around 1,000 cats can live comfortably. "We are planning to create a special kitchen for them along with new play areas," she said.

Established by the Samsun Metropolitan Municipality two years ago, the facility was initially founded on a 10,000-kilometer area of forest within the municipal animal shelter. Street cats are collected and spayed or neutered before they are brought to their new home. Wooden shelters were placed in the area for cats to live in, either in groups or alone. The facility also takes care of sick cats and has a bridge and walking paths. Hüseyin Aydın, a veterinarian and the manager of the animal shelter, said: "The facility is like a five-star hotel for cats. Everything that is required for their health and life is provided here. There is probably no other facility like this around Turkey."
RELATED TOPICS