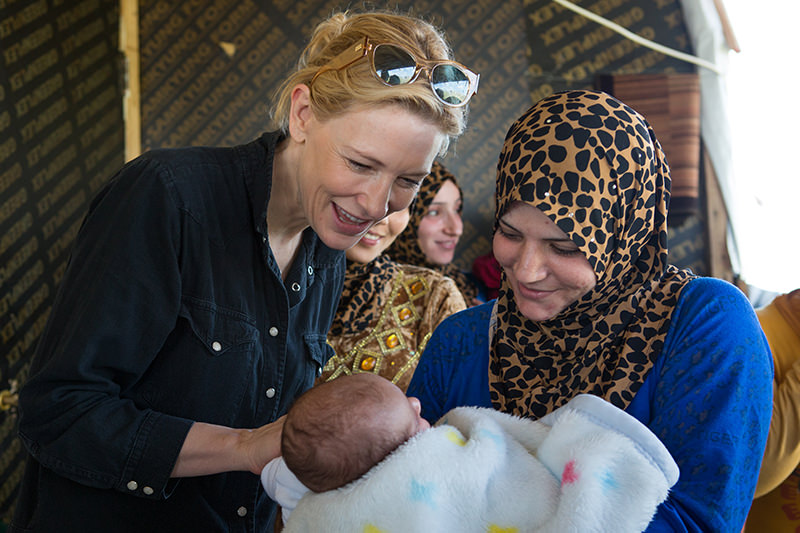 The UN's refugee agency on Monday appointed actor Cate Blanchett as one of its global 'Goodwill Ambassadors'.

The 46-year-old Australian award-winner takes on the role at a time when war, conflict and persecution have forced around 60 million people worldwide to flee their homes.

The conflict in Syria remains the main driver of this global crisis, forcing more than 4.8 million people to become refugees in neighboring countries. Turkey currently shelters the majority of Syrian refugees.

In a statement, the UNHCR said Blanchett was returning from a mission to Jordan to meet Syrian refugee families.

In a video interview, Blanchett said: "There has never been a more crucial time to stand with refugees and show solidarity.

"We are living through an unprecedented crisis, and there must be shared responsibility worldwide. It feels like we're at a fork in the road, do we go down the compassionate path or do we go down the path of intolerance?"

Among other UNHCR Goodwill Ambassadors is Turkish singer Muazzez Ersoy.

One well-known former UNHCR Goodwill Ambassador is fellow actor Angelina Jolie, who served in the role for 10 years and now serves as Special Envoy of High Commissioner.