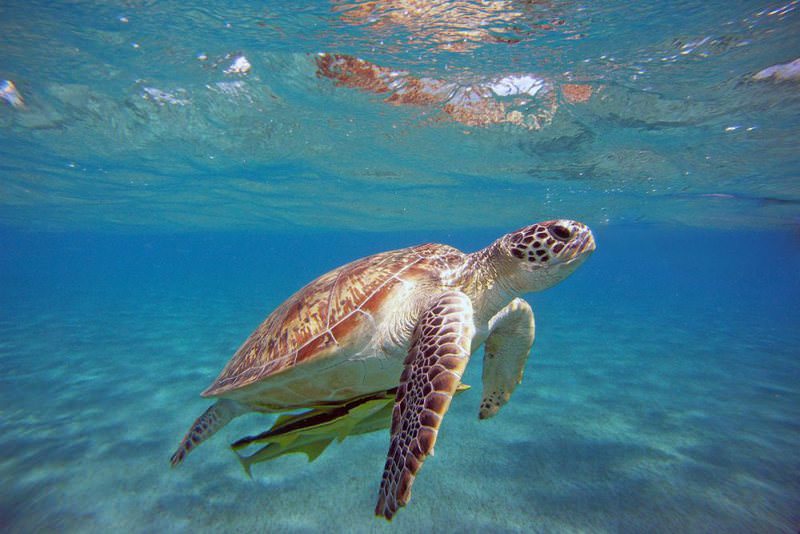 by Anadolu Agency May 05, 2016 12:00 am
İztuzu Beach in the Ortaca district of the southwestern province of Muğla is the main breeding ground of endangered loggerhead sea turtles. The beach is becoming vibrant as spawning season has started, and new breeding nests are emerging.

The center staff is protecting the nests with special cages. The breeding area of sea turtles in İztuzu Beach has been taken under the government's protection. "This is because İztuzu Beach is under strict protection, especially during the breeding season," Ekici said, adding that for visitors who would like to see their nests, the center has a viewing area. Last year, more than 20,000 baby loggerhead sea turtles were released into the sea.
RELATED TOPICS