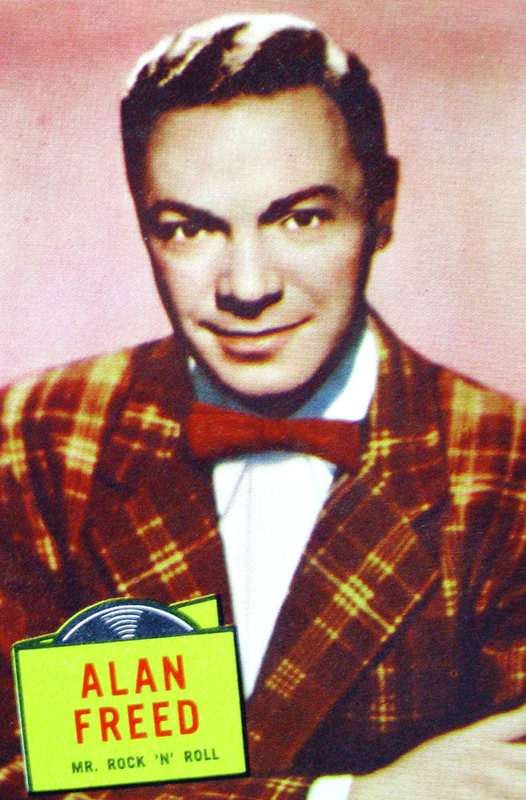 by Associated Press
May 09, 2016 12:00 am
The ashes of Alan Freed, a seminal figure in the history of modern music, have found a home in Cleveland, where Freed coined the term rock 'n' roll and organized what's considered the genre's first concert more than 60 years ago.

A monument was unveiled Saturday at the Lake View Cemetery during a ceremony to celebrate Freed's colorful and tumultuous life. E Street Band member Steven Van Zandt and others spoke about Freed's legacy.

Freed, while a DJ in Cleveland during the early 1950s, took his initial steps to synthesize a new musical form that blended jazz, blues, pop, rhythm and blues and country music into what's known today as rock 'n' roll.

He died in Los Angeles in 1965 at age 43 of liver failure. His son, Lance Freed, said Friday his family moved back East after his death and his ashes were interred at a cemetery in New York, where they remained for 30 years.

The Rock and Roll Hall of Fame and Museum in Cleveland, built there in part because of Freed, asked to bury the ashes outside the museum as part of a cornerstone. Those plans were thwarted by a city law saying human remains can be buried only in a cemetery.

An urn containing the ashes spent time beneath an escalator inside the museum before being put on display around 2002. Freed's family was asked to take the urn back in 2014 after a new chief executive decided the display was inappropriate.

After nearly two years in a vault at Lake View, the urn was buried at a gravesite Friday.

Lance Freed, who's in the music business in Los Angeles, said he thinks his father has found a home and the family can "finally take him off the road and lay him to rest."

Alan Freed was born near Johnstown, Pennsylvania. His family moved to Salem, Ohio, near Youngstown, when he was 12. He found his calling in radio while a student at Ohio State and worked at various stations before landing a job in Cleveland, where he promoted popular rhythm and blues artists on his "Moondog Show." Cleveland also is where he applied the phrase "rock 'n' roll," slang for sex in the black community, to music.

Freed organized what's considered the first rock 'n' roll concert, the Moondog Coronation Ball, at Cleveland Arena in 1952. A dance show featuring R&B artists, it was shut down when 20,000 people without tickets showed up and tried to crash the party. Freed apologized for the mayhem, but the show caught the attention of the entertainment world and propelled him to New York City, where he hosted a late-night radio show called "Rock 'n' Roll Party."

He began taking black and white artists on the road for popular shows and appeared in a handful of rock 'n' roll-themed movies.

One of Freed's most enduring legacies was his effort to promote music across color lines. It drew the ire of the white establishment, which accused him of promoting "race mixing" and lascivious behavior.

Lance Freed said he hosted civil rights pioneer Rosa Parks at his Los Angeles home in the 1990s and she told him his father had broken down racial barriers. Alan Freed's career was ruined by a payola scandal that sullied people throughout the music industry.