'Queen of Gypsies' a lover of Turkey 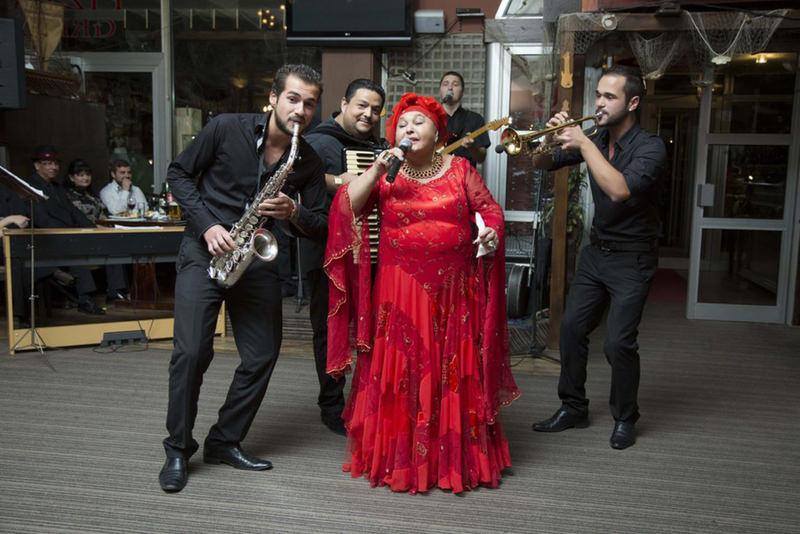 Regarded as the 'Queen of Gypsies,' legendary Macedonian Roma singer Esma Redzepova performed in Istanbul last weekend. She talked about her memories in the Balkans, the current situtation of Syrian refugees and how much she appreciates Turkey

Macedonian Roma singer Esma Redzepova, known as "Queen of the Gypsies," who gave a concert in Istanbul on May 6, spoke to Anadolu Agency (AA) following her performance and said that Turkey is one of the countries where the flowers still smell nice and the food still tastes delicious. "People in Turkey are very hospitable and host their guests with the utmost respect and love," she said. Born in the Macedonian capital of Skopje, Macedonian national artist Redzepova began singing at the age of 14 after competing in a singing contest. After the contest, she decided to continue her musical education and enrolled in the Belgrade Music Academy. She toured the world with her teacher and husband Stevo Teodosievski and gave concerts in countless cities and starred in several films. She was also crowned as the "Queen of the Gypsies" at World Music Festival in India in 1976. "My father was an Albanian-born Catholic Roma," Redzepova said.

"My grandmother was a Jew coming from Iraq and my mother was a Muslim Roma. Stevo, who was my teacher and then became my husband, is Macedonian Orthodox. In short, all religions exist in my family." Redzepova said that she has given about 20,000 concerts so far in her career, adding that giving social responsibility concerts is another passion of hers apart from making music. "If I am a famous singer today," Redzepova said, "It is because of what the people have given me. People around the world purchase tickets and come to my concerts. And I perform live to pay them back. I do everything that I can to support the Roma children who are interested in music. Throughout my life, I have adopted 48 children. They all enrolled in the music school that my husband and I founded and graduated as professional musicians."

Redzepova said that her father played an important role for her love of performing at solidarity and charity concerts: "My father was gunned down by German and Bulgarian fascists in Skopje in 1941 and lost one of his feet and lived without his foot for the rest of his life. This made me sensitive about solidarity and charity organizations."

Redzepova also pointed out the situation that Syrian refugees are in throughout Europe and said that Syrians try to reach out to Europe through Macedonia. "I visited the Greek border three times since the Syrian refugee crisis began. I brought them food, baby supplies and clothes in order to make their lives easier. I am very sorry for the Syrians and I cannot imagine how horrible and terrifying it is to leave their homes and country to go somewhere in the world in the 21st century. As an artist, I would like to stop all wars around the world," she said. She is also part of a nomadic community and is proud of her Roma roots. The singer has been working hard to promote Roma culture, raise awareness about discrimination against the Roma and help the Roma community gain the same opportunities as other European citizens. Recalling that discrimination against Roma has always been an issue in Europe, she said: "Roma have been facing the discrimination that they are exposed to since the beginning of the time. However, the Roma are the most cosmopolitan and probably the only community that has not yet declared a war on other communities in the world. On the other hand, Roma are possibly the only people who do not try to assimilate other nations. The rest of the world should take the Roma as an example and help us to promote Roma culture." She also said she cannot live without music as it is a kind of food and air for her. "I have a lot of songs telling the joy of life as well as the sorrow," she said.

"While I am singing, I feel the lyrics in my bones - I communicate with the audience with my gestures and motions, as the language of music knows no boundaries. The requiem I sang with a veil on my face during my Istanbul concert is dedicated to all Syrians and rootless people who have to leave their houses and homelands." She said that during her concerts she tries to give people the message that they should not fight with each other and that people should teach their children respect, tolerance and mutual understanding for a better world. She said that she has visited Turkey many times: "I love Turkey and I feel like I am home when I come here."
RELATED TOPICS