Space engineering student to be first Turk in space 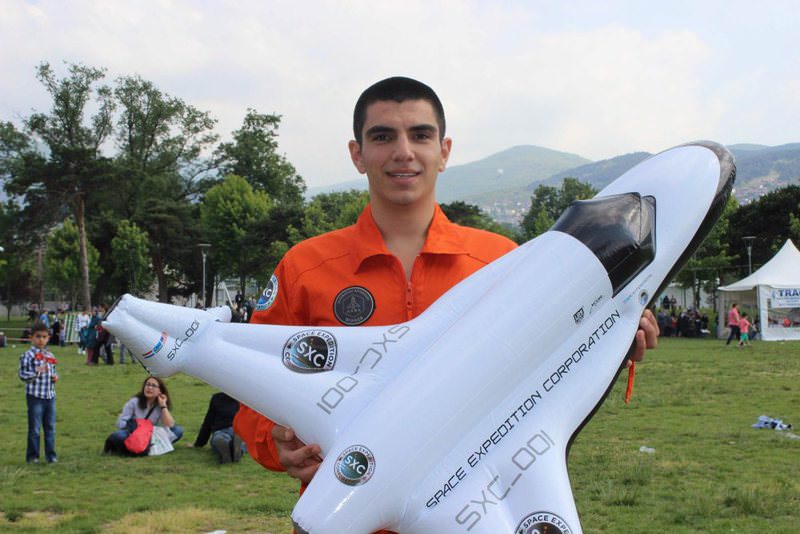 by Daily Sabah May 10, 2016 12:00 am
Halil Kayıkçı, 23, studies space engineering at Istanbul Technical University (İTÜ) and is expected to become the first Turkish astronaut to go into space next year. He participated in the Axe Apollo Space Camp led by veteran American astronaut Buzz Aldrin last year, and having successfully passed the qualifying tests, he won a trip to space.

Prior to his trip, Kayıkçı went through four days of training in space flight in the U.S. "I passed two qualifications in Turkey. Among 2,000 submissions, 33 of them were accepted," he said, adding that the flight opportunity was given to the competitors who achieved highest points. Kayıkçı took a series of trainings in a gravity-free environment. "I am proud to take part in this trip as a Turkish citizen," he said. "I will enjoy the privilege to pass the space border by flying 103 kilometers above and see the earth," Kayıkçı said to the Milliyet daily.

The space trip is planned to take off from Curacao, an island country in the southern Caribbean Sea. "We will set off in a two-person space ship named "Limit." Our total journey will take 15 minutes," he said. Since a child, Kayıkçı has been dreaming of working in aerospace. "I am lucky that I will realize my dream at an early age. It is what I was dreaming when I was a child," he said.
RELATED TOPICS