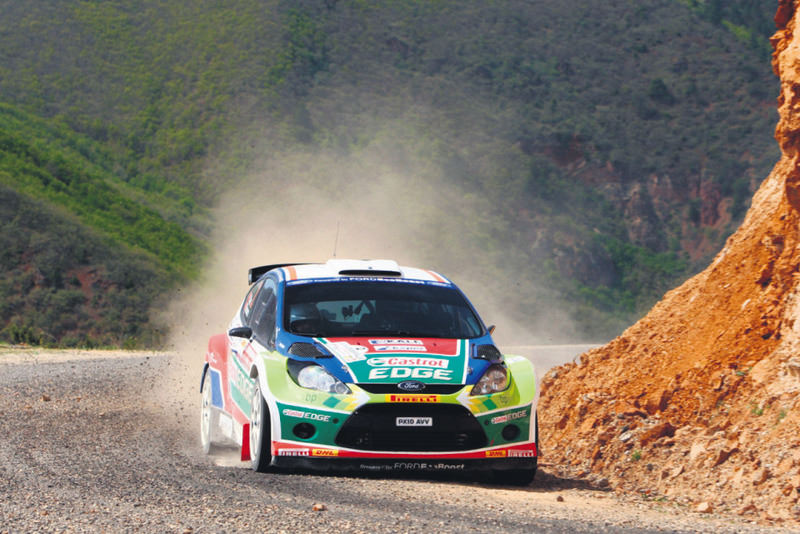 by Anadolu Agency May 11, 2016 12:00 am
Marmaris Rally Turkey, Marmaris Off-Road and the Historical Western Anatolia Classical Automobile will take place in the Marmaris district of Muğla on May 13-15 as part of the Auto Sports Fest. As part of the Turkish Automobile Sports Federation (TOSFED), the Marmaris Rally Turkey will be organized in Marmaris for the first time in one leg of the Turkey Rally Championship, the country's oldest and longest running international motorsports organization. Roughly 150 vehicles and 300 sportsmen are expected to attend the races.

Speaking at a press conference, the president of TOSFED, Serkan Yazıcı, said that the Marmaris Rally Turkey will possibly get the points needed to qualify for the European Rally Championship, depending on its total score. Noting that the rally is an exciting nature sport, Yazıcı said, "The nature of Marmaris is so beautiful that it fits motorsports perfectly. The world's best roads are in Marmaris."

The rally will be broadcast live on Eurosport and in Turkey, pointing out that Marmaris will get worldwide attention for three days.

Muğla Deputy Governor Kamil Köten said that mobilization to improve the city's capacity for sports will contribute to tourism in the city. "The Provincial Directorate of Youth and Sports supports all sports organizations wholeheartedly. We have been able to hold all kinds of organizations with success," he added.

Since the three-day race is the longest race with the highest coefficient in the Turkey Rally Championship, the competition for the championship cup is expected to heat up. The championship leaders Yağız Avcı-Bahadır Gücenmez from Neo Sports, second-ranked team Burak Çukurova-Vedat Bostancı from BC Vision Motorsport, Castrol Ford Team Turkey sportsmen Murat Bostancı-Onur Vatansever and the team of Orhan Avcıoğlu-Burçin Korkmaz will compete for the top three positions. The rally is sponsored by Spor Toto, the South Aegean Touristic Hotels' and Managers' Union (GETOB), the Chamber of Commerce in Marmaris, Fora Araç Takip, Baki Dalyancı and AutoClub with contributions from the Ministry of Youth and Sports, the Muğla governorate, the Regional Directorate of Forestry, the Marmaris Head of District and the Marmaris Municipality.
RELATED TOPICS