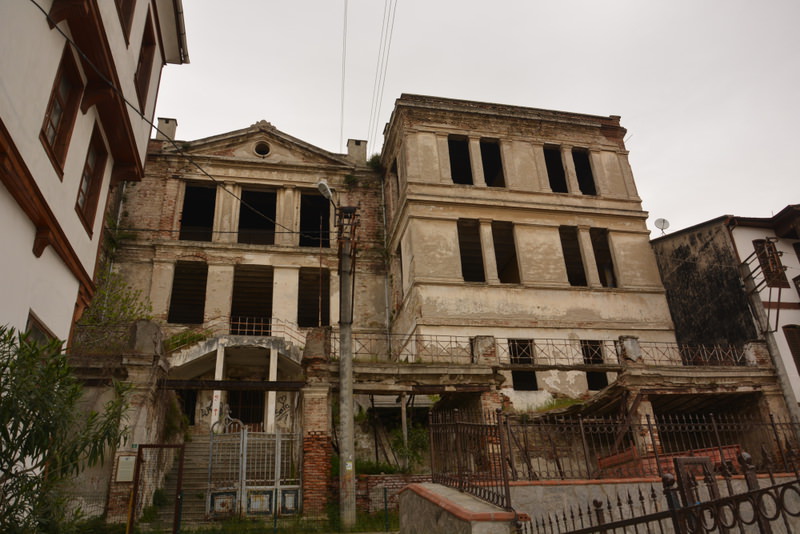 by Anadolu Agency May 11, 2016 12:00 am
Plans are underway for the restoration of an old school building in the district of Mudanya in Bursa province, which will be converted into a culture and tourism hub.

Mudanya Municipality Mayor Hayri Türkyılmaz spoke to Anadolu Agency (AA), saying that preparations are underway to restore an old stone-built school which has been vacant for the last 28 years. The mayor said that they have received permission for restoration, adding that the project will be up for bid by the end of the year. Türkyılmaz said that the municipality will dedicate the historical building to serving the city's tourism industry, adding that "After completion of restoration work, the ground floor will be designated for shops, the first floor will display local and cultural features of the region and the terrace will serve as a museum and a café. As the Mudanya Municipality, we are working hard to restore this historic building in our district, which has been home to numerous civilizations since the dawn of time. We will renew the stone school to its former glory."

The school was built by Chirisostomos, who was born in Mudanya's Trilye neighborhood and return to his homeland after completing his academic studies in 1909. The building reflects features from Western architecture and neo-classic style. When the Greek population in Trilye began to decline, the building was converted to a school for Greek orphans in 1924. The building continued to serve as an elementary and middle school until 1986, and it was vacated in 1988.
RELATED TOPICS