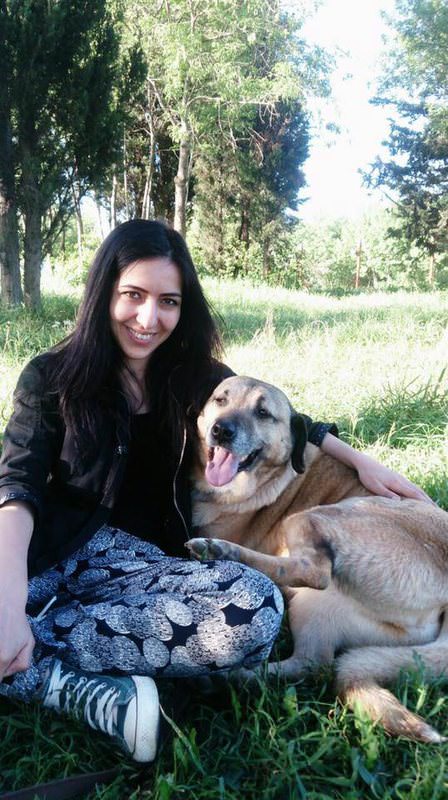 The Boğaziçi University Foundation's program for the protection of street animals offers opportunities for street dogs to be matched with a foster family.

Members of the "Boğaziçili Patiler Koruyucu Aile Programı" (Paws of Boğaziçi Foster Families Program) are asked to donate TL 200 ($68) each month to provide health care and food for street dogs staying in an animal shelter within the university campus. The shelter houses 66 dogs at present.

Initiated by Defne Arsoy, the program has many members including Professor Metin Arık of the university's Physics Department and lecturer Zuhal Arık. The couple takes care of two dogs named Dede and Gabi. Similarly, Özlem Öğüt Yazıcıoğlu, a professor in the Department of Western Languages and Literature, along with her mother, Sevim Öğüt, look after another dog named Çirkin Cemil.

Speaking to Turkish daily Sabah, Arsoy said she wants to pass the love of animals on to their children and raise awareness. "It is a very good opportunity for parents who cannot look after dogs in their home," she said, adding that the volunteers come from different professions, including academics, businesspeople, artists and athletes. Arık said she goes to see the dogs regularly. "I am happy to become a foster parent for these dogs. We have found friends who give us peace and happiness. We love them and they love us," she said. Another member, Yusuf Eren Eroğlu, said: "I used to be afraid of dogs. I overcame my fear with my dog, Pamuk. We have a special relationship," Eroğlu said. Some volunteers, like Didem Gürzap, walk their dog on the campus. Gürzap, who takes five dogs - Belka, Ayı, Düşük Kulak, Joli and Cino - looks after them and walks them around the campus.