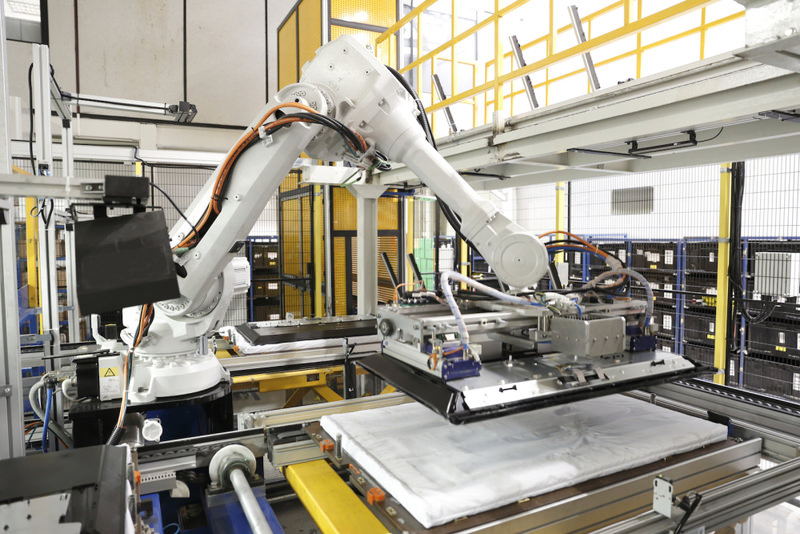 The upcoming European Championship and summer Olympics is expected to boost TV sales that have been reduced in the first quarter. Domestic brands are ready to attract consumers with features exclusively designed for a football-loving audience

Eight football games will be broadcasted in 4K (ultra-high-definition) resolution during the European Championship that will kick off in June. The opening game on June 12, the quarterfinals, the semifinals and the final game will be available in 4K resolution. The summer Olympics will also make 4K content more widespread. In the first quarter of the year, the television manufacturers did not achieve the same market success as they had in previous quarters, however, and the market shrunk 13 percent in the first four months. Yet, hopes are up thanks to the upcoming sports events and the Turkish National Football Team's success in joining the final qualifiers that will take place in Paris.

Another reason behind the Turkish television market's dynamism is domestic manufacturers. Vestel and Arçelik, two of the biggest brands on the market, continue their successful operations in Turkey. Although mostly investing in exports, they are not indifferent to the domestic market. Executives from the South Korean electronics giant Samsung claim the cheapest Samsung TVs in the world are sold in Turkey. One of the primary reasons is the competition in the retail technology market and domestic brands.

Turkish consumers purchase new TVs every four-to-five years. Local manufacturers create tough competition with their distribution channels and TVs manufactured by using state-of-the-art technologies for brands such as Samsung, LG, Philips and Sony. They draw from data on 15 million customers and a wide distribution channel with 3,000 distributors that offer same-day assembly. Arçelik says a new customer owns one of their TVs every 40 seconds.

After the influence of Japanese manufacturers began to decline, LG and Samsung took the status as the leading brands of the Turkish TV market. The number of consumers preferring 4K televisions in Turkey is less than European and American consumers. Today, there is a 32-inch TV in most homes. With the anticipated increase in sales in the second quarter, the ratio of TVs with 4K resolution is expected to increase 20 percent. While the main priority of consumers while selecting a TV is the price, the stars of the campaigns and promotions at retail chains have become the large screen budget TVs.

A big fight in the TV market

The competition between technology retail chains is causing prices of the TV market to drop faster than expected. Currently, 42-inch, smart and wireless TVs are below $600 while 65-inch TVs are sold for a minimum of TL 5,000 ($1,690). Another reason behind this tough competition is not being able to prevent sales at a loss due to shelf life pressure at stores.

The 4K resolution TVs, which offer resolution that is four-times higher than regular HD TVs are becoming the industry standard. The lifespan of liquid crystal display (LCD) TVs purchased when they were first made available has expired. While domestic goods usually are slated to last for 10 years and more, this figure drops to four years or five years for televisions. While the TV thickness is now less than 1 centimeter deep, their wireless connections and smart device features are increasing. The processors, software and design used in new series indicate that new televisions use more software. The quad-core processor featured in many TVs operates faster and offers higher definition and fast-moving, fluid images, even with the most animated images during football games with a featured called the Video Perfection Engine. Also, "Micro Dimming" technology displays details even in dark environments by defining the most suitable black color tones. Compared to standard panel technology, TVs with high-dynamic-range imaging (HDR) technology, which offers higher contrast, have better resolution.

The TVs also offer the ability to follow matches while watching TV series. A "football app" that will be available on Arçelik, Beko and Grundig's Smart TVs will allow football lovers to experience the European Championship without delay. While watching TV, viewers will also be able to access interactive information on qualifiers and live developments.

History of TV manufacturing in Turkey

During our visit to the Arçelik manufacturing plant in Beylikdüzü, we learned that 62 million TVs have been produced at the plant since it began operating in 1966. The story that started with tube televisions continues with panel production. While panels used to be purchased separately before, now all parts of the TV are assembled at the plant. Furthermore, high manufacturing standards are used in by brands such as Beko, Arçelik and Grundig. The robots that precisely and quickly lift 65-inch TVs at Arçelik's Beylikdüzü plant are called Babür. Babür, which are used at two different production lines, speed the assembly of panels of all sizes. Moreover, the test department of the plant operates at Industry 4.0 standards. A part of the manufacturing and research and development plant in Beylikdüzü is reserved for showcasing products, for instance, displaying TVs used at the European Championship finals in 1996 and 2008 in which Turkey participated.