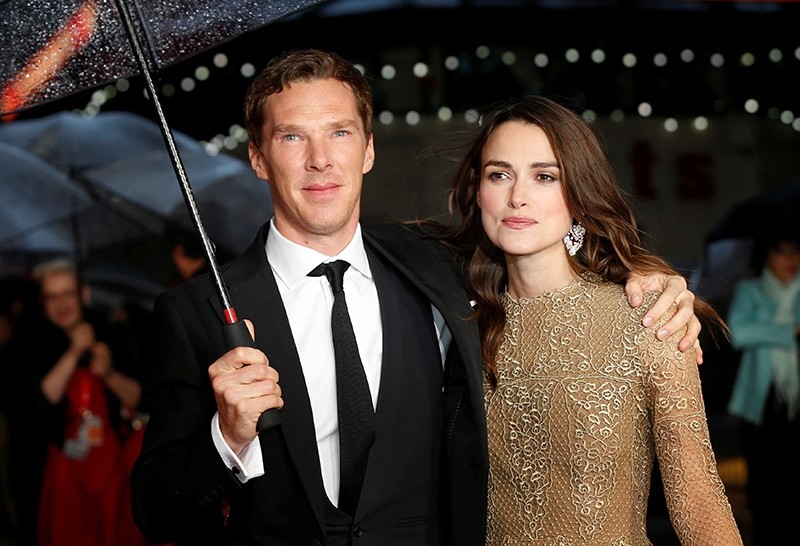 Actors Benedict Cumberbatch and Keira Knightley pose as they arrive for the European premiere of the film ,The Imitation Game,. (REUTERS Photo)
by May 20, 2016 12:00 am

British actors Benedict Cumberbatch, Keira Knightley, Chiwetel Ejiofor and Helena Bonham Carter are among more than 250 celebrities from the arts world who have signed a letter urging Britons to vote to remain in the European Union.

Some of Britain's best-known artists, musicians and writers are also signatories to the letter in the Guardian newspaper that warns of the country becoming "an outsider shouting from the wings" if Britons vote to leave the EU in a June 23 referendum.

"Britain is not just stronger in Europe, it is more imaginative and more creative ... Our global creative success would be severely weakened by walking away," they said.

The letter was coordinated by "Stronger In", the official campaign to persuade voters to stay in the EU that is also backed by Prime Minister David Cameron. Cameron's governing Conservative Party is deeply split over the issue.

The move by "Stronger In" is likely to be seen as an attempt to broaden the EU debate beyond economics and immigration.

Though opinion polls have given sharply different pictures of public opinion, betting odds on Friday indicated a 79 percent implied probability of Britain voting to stay in the EU.