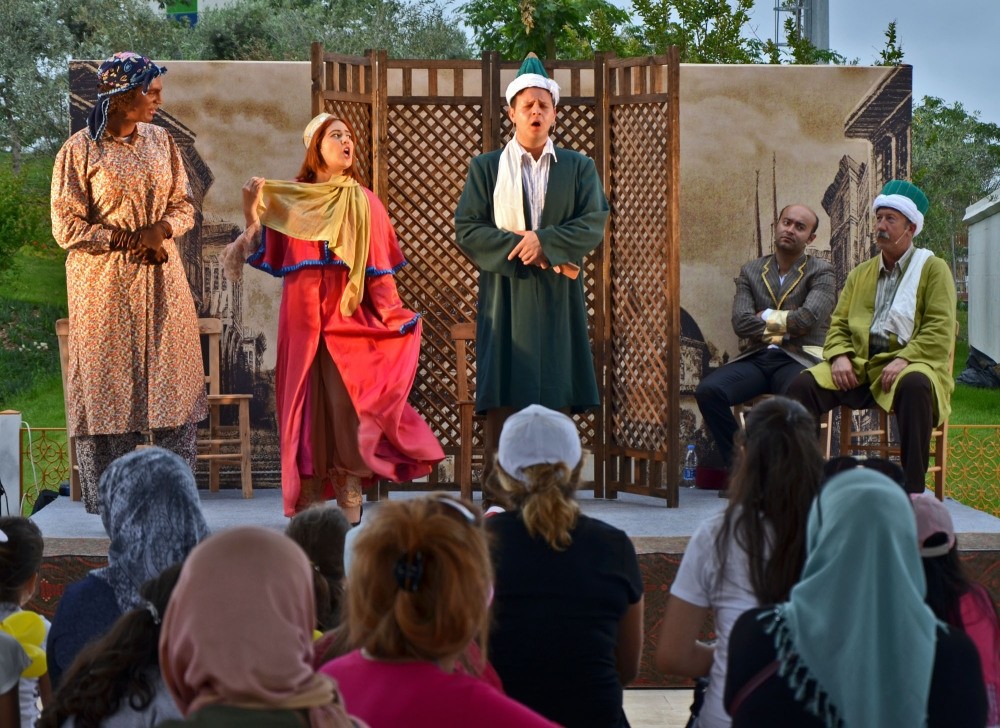 The Ottoman Garden also offers various entertainment that was popular during the Ottoman era. Story tellers, comedy plays, Hacivat & Karagu00f6z shadow plays, Sufi music concerts, Nasreddin jokes & calligraphy workshops are all on offer at Ottoman Garden
by Zeynep Esra İstanbullu May 23, 2016 12:00 am
A traditional Ottoman garden has been created in Antalya for EXPO 2016. The garden, which is one of the most visited places at EXPO 2016, takes visitors on a journey back to history. Organized with the participation of 53 countries with the motto "Flower and children," EXPO 2016 offers beautiful scenery and entertainment at the Ottoman Garden which is built over 1.5 acres.

The Ottoman Garden takes its inspiration from the "şadırvan" (water-tank with a fountain) in the Hagia Sophia. The Hagia Sophia şadırvan, which is located in the courtyard, was built on the orders of the Sultan Mahmud I in 1790 and is considered a masterpiece of Ottoman architecture and one of the best şadırvans in Istanbul.

Visitors to the garden are welcomed by Nasreddin, who was a satirical Sufi in thousands of stories, sometimes witty, sometimes wise, but often a fool or the butt of a joke. After seeing Nasreddin with prayer beads in his hand and a turban on his head, people get in line to take photos with him.