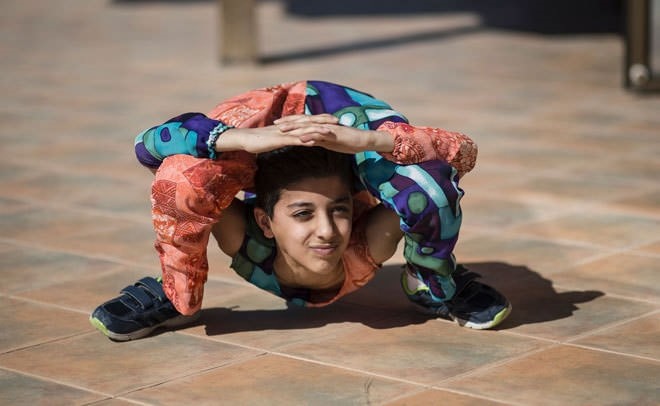 Mohammed al-Sheikh, 12, from Gaza, has a uniquely flexible body with which he wants to be listed in the Guinness World Records, but, he is trapped in Gaza City, blocked in by segregation walls and closed borders

Mohammed al-Sheikh is only 12 and feels trapped in Gaza but he dreams of a Guinness world record for a series of stunning backflips and his almost unbelievable body contortions.

Mohammed, just 137-centimeters tall and weighing 29 kilograms, can bend his body in seemingly impossible ways, throwing his feet over his shoulders with reckless abandon or jumping into a spider-like pose. 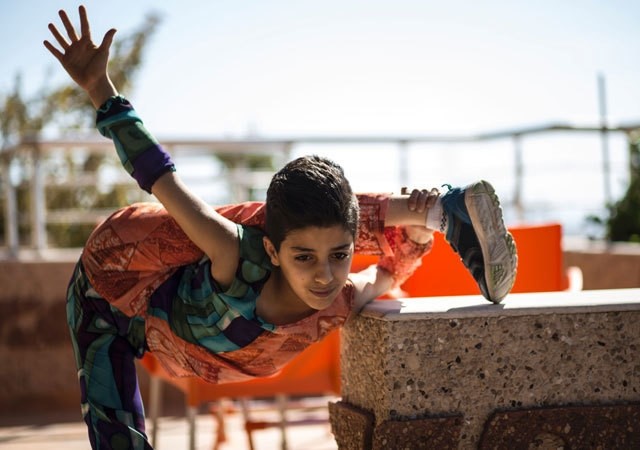 His antics earned the young Palestinian from the Gaza Strip the nickname "Spiderboy," a mantle that fills him with pride.

Mohammed found fame after a devastating war in Gaza with Israel that left over 2,000 Palestinians dead in 2014.

Despite the 50-day conflict interrupting his training, he appeared on the TV show "Arabs Got Talent" in Lebanon, where his body-bending act won 14 million votes. 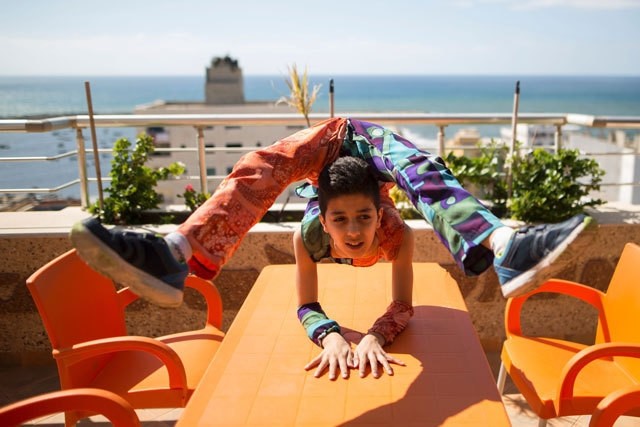 Though he did not win, he now hopes to writhe his way into the Guinness Book of Records from his home in the Tel al-Hawa area of southern Gaza City. Mohammed can perform four acrobatic moves better than anyone else on earth, his coach Mohammed Lubbad, 26, insisted. In an email seen by Agence France-Presse (AFP), Guinness accepted his bid for the record "most full body revolutions maintaining a chest stand in 1 minute."

In the video submitted as evidence, Mohammed lies on the floor with his chest pressed to the ground.

His legs spin around at 360 degrees with his feet touching the ground at every angle in a feat of amazing dexterity. 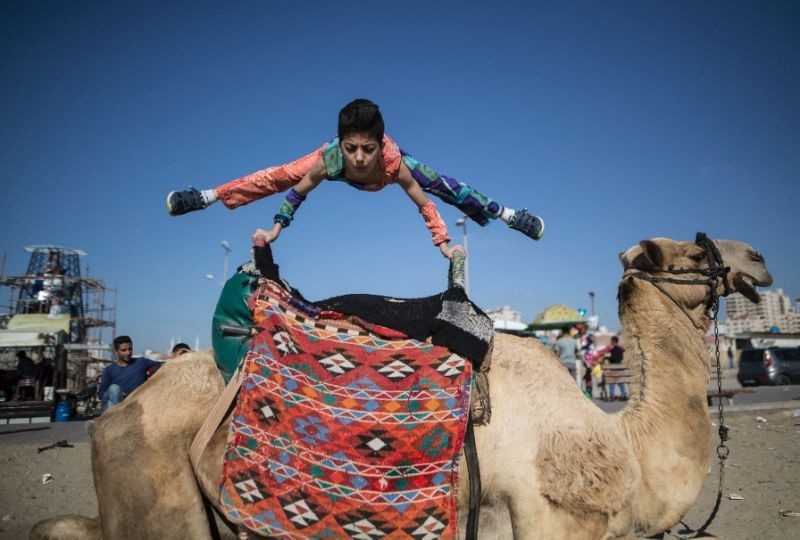 He achieves it 33 times in 1 minute, four more than the current record of 29, raising hopes he will be crowned in the coming weeks.

For his mother Hanan, he is already a "world champion," but now he must "show his extraordinary gift and exceptional strength in world competitions."

Hearing this, Mohammed, perched on the coffee table, dragged his back legs over his shoulders, picked up a glass with his toes and drank from it. But for Mohammed, even more than records he dreams of wriggling out of Gaza.

The hardest thing, he said, is not contorting his body into unbelievable shapes, but Israel's 10-year blockade of the strip means he can only learn via YouTube videos.

The hardest challenge for a boy who wants to travel the globe is to "get out of Gaza when all the borders are locked."
RELATED TOPICS