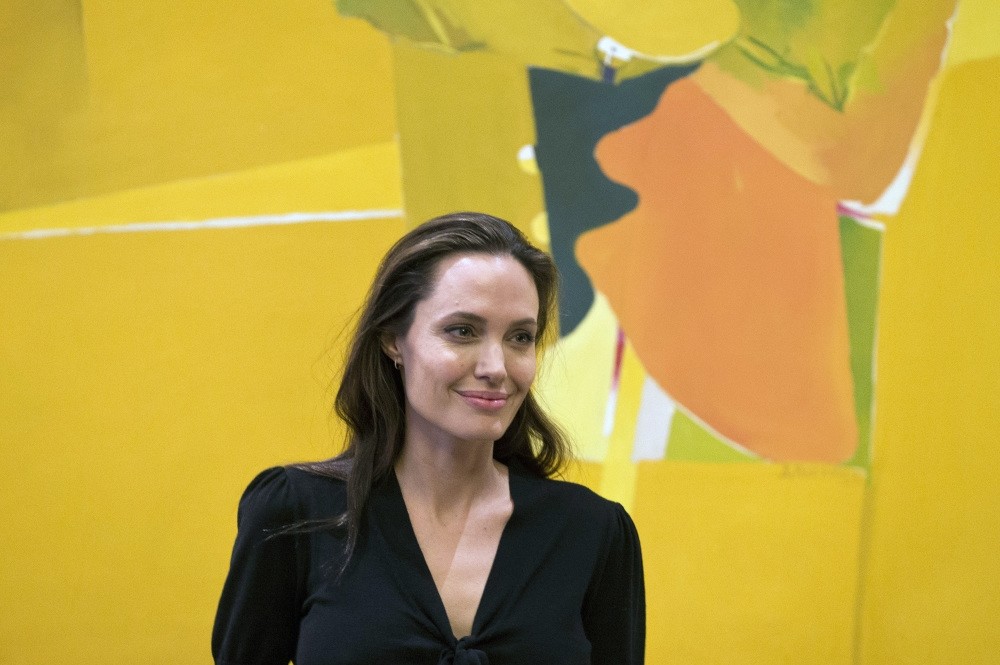 by French Press Agency - AFP May 25, 2016 12:00 am
Hollywood star and U.N. refugee agency envoy Angelina Jolie is to become a visiting professor at Britain's prestigious London School of Economics, the university announced Monday. Jolie was named as one of four new "visiting professors in practice" who will contribute to a new master's program on "women, peace and security."

"I am very encouraged by the creation of this master's program," Jolie said in a statement. "I hope other academic institutions will follow this example, as it is vital that we broaden the discussion on how to advance women's rights and end impunity for crimes that disproportionately affect women, such as sexual violence in conflict."

Visiting professors give guest lectures, and participate in workshops and public events as well as their own work, LSE said. Jolie said she was looking forward to "teaching and to learning from the students as well as to sharing my own experiences of working alongside governments and the United Nations."

The Oscar-winning actress, who is married to actor Brad Pitt and has six children, has starred in films such as "Maleficent," "Salt" and "Wanted" as well as directing her own work, including "By the Sea" and "Unbroken." She has combined her work in film with advocacy, acting as a goodwill ambassador for the U.N. refugee agency UNHCR since 2001 before becoming a special envoy, travelling to meet with displaced people in camps in Greece and Lebanon. Earlier this month she said helping refugees was a common responsibility and called on the international community to do more to solve Europe's worst refugee crisis since World War II.

"This is a duty that falls on all of us, to the next U.N. secretary-general, to all governments, to civil society, to everyone of us," she said in the speech in London. The two other new visiting professors are Jane Connors, Director of International Advocacy at Amnesty International Geneva, and Madeleine Rees, Secretary General of the Women's International League for Peace and Freedom.

Students will be able to apply for the Masters course from August at the LSE's Centre for Women, Peace and Security, which aims to promote gender equality and help women affected by conflict around the world.
RELATED TOPICS