South Korean prizewinning author says her life will not change 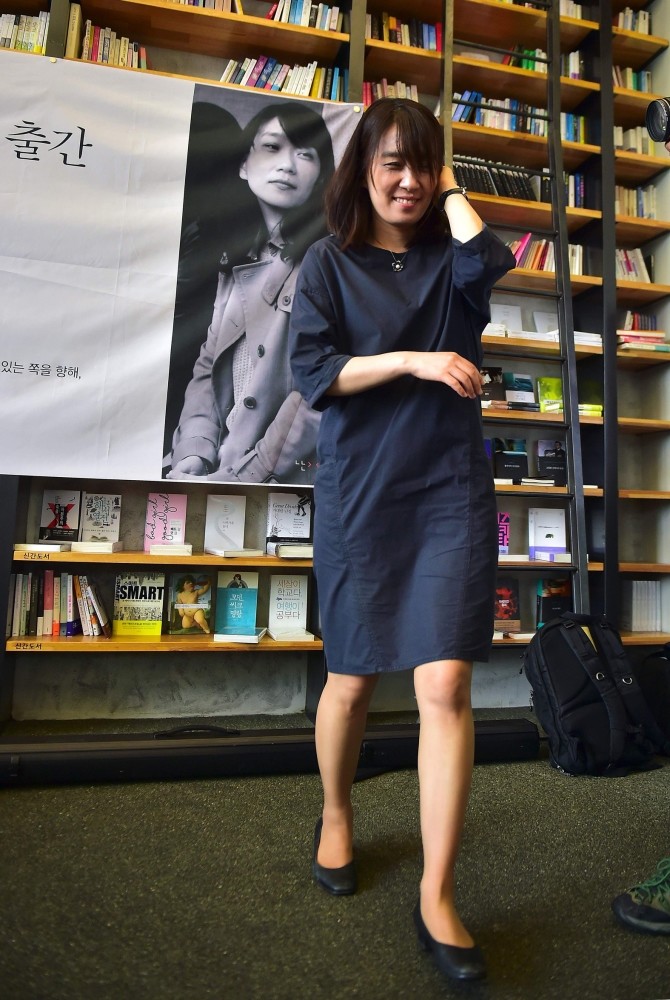 by May 25, 2016 12:00 am
South Korean author Han Kang met the media en masse Tuesday for the first time since winning a top literary award - and said she just wants to continue writing "as if nothing had happened."

"The Vegetarian," which tells the story of an ordinary woman's rejection of convention from three different perspectives, was picked unanimously by a panel of five judges for the Man Booker International Prize last week.

The 45-year-old author and creative writing teacher was the youngest winner of the prize and the first South Korean to receive the honour.

But facing a room full of reporters Tuesday - and blinking at dozens of camera flashes - Han said her life has not changed. "I took the subway here but nothing happened," she said. "I want to continue living as if nothing had happened." The novelist - apparently uneasy at the sudden wave of attention - was eager to wrap up the hour-long conference, saying she would like people to hear her voice "in the form of writing." "The best way is, I think, to hide in my room and start writing as soon as possible," she said.

Since her win, Han has enjoyed a surge in international sales and some have questioned whether she would become the first South Korean winner of the Nobel literature prize.

Han was quick to play down the prospect.

"When I'm writing, I question myself whether I can finish it. I don't have the energy to think about what will happen afterwards, like winning a prize," she said.

Han is from a new wave of younger writers eager to stray away from the traditional Korean reverence for intellectualism that is often dominated by older male critics with tastes firmly rooted in the 1970s.

The author shared the 50,00-pound prize check with her British translator Deborah Smith.

Han said she "felt a connection" with Smith because her translation accurately delivered the subtleties of "The Vegetarian." But she confessed she found it odd her novel had won one of the world's most highly esteemed literary prizes.

"The work is from 11 years ago, so I found it odd - in a good way - that it received an award after so much time and from such a distant place," Han said. "I have walked far since then and have picked up and continued the questions and thoughts in my subsequent novels."
RELATED TOPICS