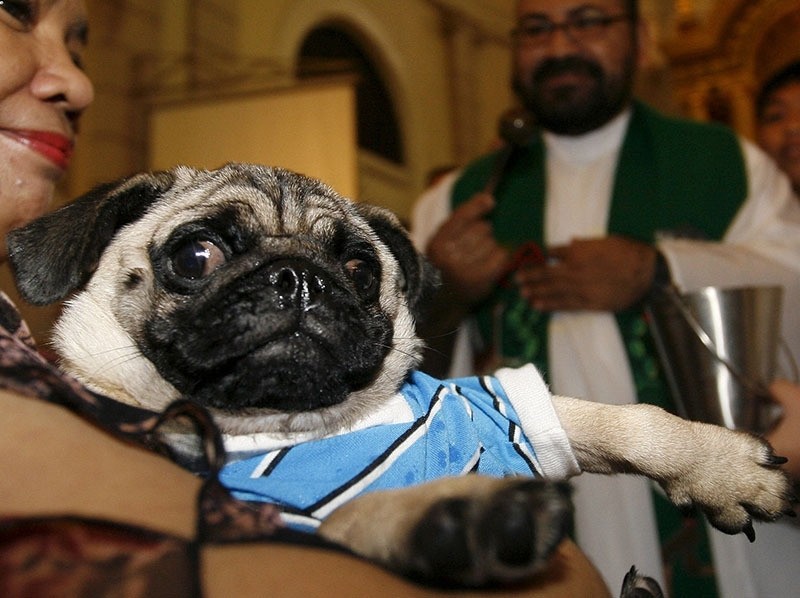 Around 30 dogs were given a Christian blessing during a Protestant service in the German city of Hanover on Sunday as part of an awareness campaign known as "Day of the Dog."

Accompanied by their masters, the dogs waited without barking before being blessed by Heinz-Dieter Wittenborn, a pastor in the northern German city, where the blessing of dogs is a rare sight.

"Animals are never possessions. They have their own dignity," the pastor said during his service for the dogs.

The cleric decided against blessing all dogs by touching them on the head. "I'm not sure if they'd like that."

The local "Day of the Dog" campaign is aimed at promoting awareness about the role of dogs in society.