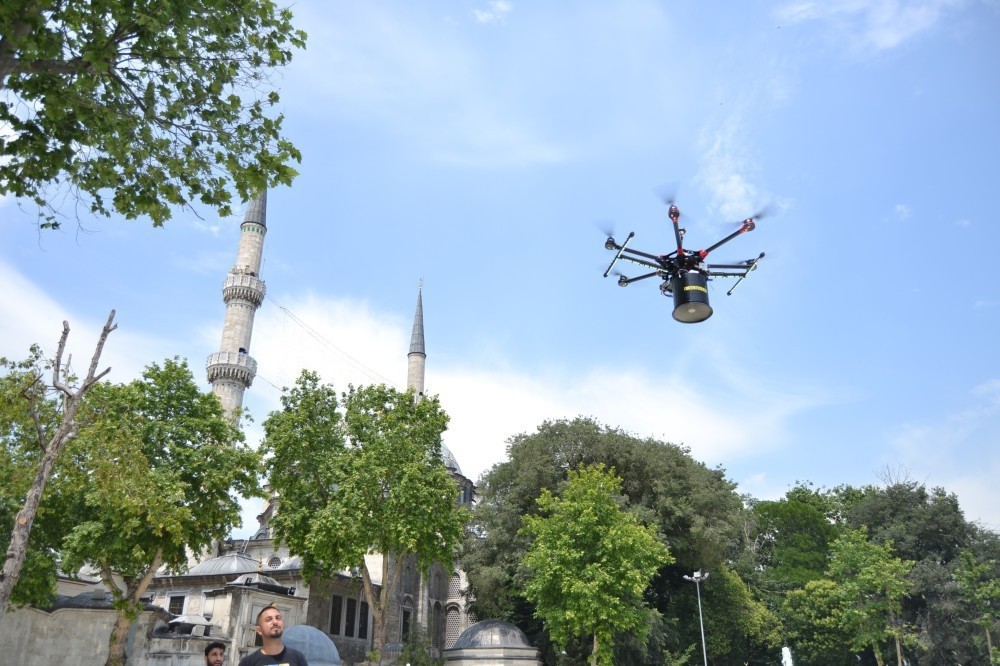 by Ihlas News Agency
Jun 08, 2016 12:00 am
Over Eyüp Sultan Square, a historic area in Istanbul, drone technology is replacing a very old tradition, the Ramadan drummers, who wander the streets to wake up residents for sahur, the pre-dawn meal, eaten before fasting. A private firm has unveiled their "drone Ramadan drum" which serves to wake people up, just like a drummer beating his drum.

With a single charge, the drone can fly for 15 minutes and its sound system can play music. Ersoy Soner, a company executive, said, "Drummers are an inevitable part of Ramadan traditions. The product may disturb Ramadan drummers, but SingoDrone is an example of how technology is changing our lives." The licensed product has been tried in Eyüp Sultan Square, drawing curious eyes and cameras. Some said that the drone would be more effective than Ramadan drummers.

Unmanned aerial vehicles, generally referred to as drones, are currently used for military services and professional video and film recordings. They come in different sizes and have different features, however drone use might pose security risks due to the desire for unlimited use, and bans on drone usage have been implemented in some countries.