Versailles unveils giant waterfall that 'holds up the sky' 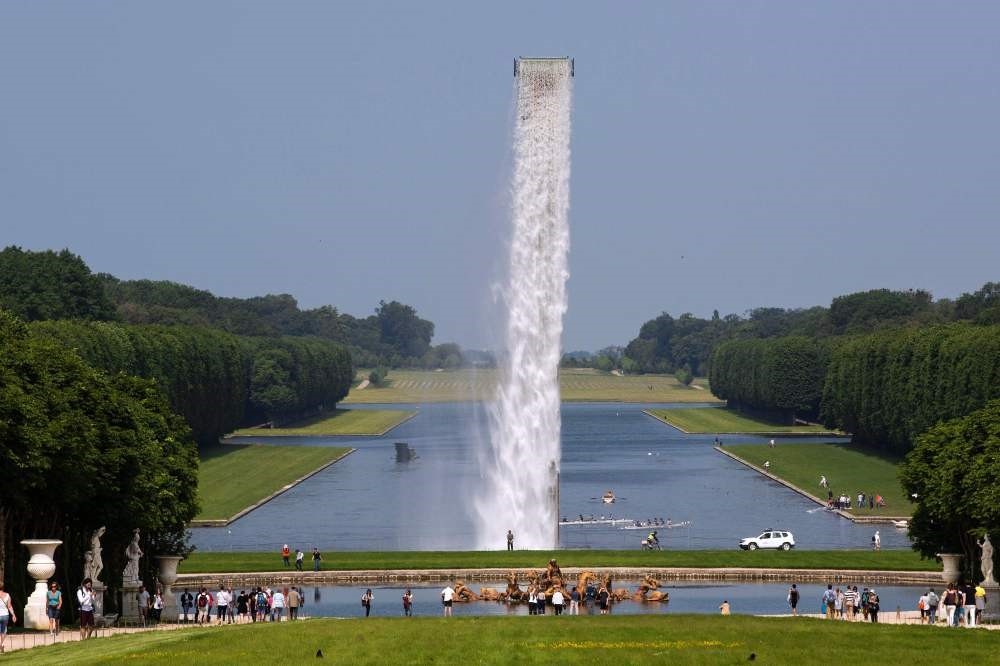 by Jun 09, 2016 12:00 am
It is so big he claimed it "almost holds up the sky." But Danish artist Olafur Eliasson refused Monday to reveal just how tall the giant waterfall he has created at France's Palace of Versailles actually is. "The height is perfect," he told reporters as he unveiled the spectacular installation that cascades into the Grand Canal of the famous royal gardens outside Paris. "Just as I intended it will obscure the sun when it sets" on Midsummer's Day, said the artist, who has previously wowed New Yorkers with his 10-storey urban waterfalls and Londoners with a huge trippy sunset at the Tate Modern gallery.

"Of course, I could tell you how many meters it is, but I am not going to because we need to leave it to the public to make up their minds how high is high," he said. Earlier he admitted to AFP that he was "behaving like a small arrogant king" in not revealing its height, adding cryptically that the "size [of the waterfall] is decided by the confidence in the more cosmic Baroque." Eliasson said he wanted to get away from a "world where everything is reduced to statistics... to resist the idea that we have always to quantify the unquantifiable." Instead, he insisted the eight works he has created for the palace built by "Sun King" Louis XIV, the most absolute of France's absolute monarchs, were created to give "everyone the chance to become a king and queen." - Lost in the mist - "It is about decentralizing the hierarchy of the perspective... (to let everyone) winkle out the secrets" of the visual tricks Louis XIV and his architects used to impress and overawe visitors to Versailles. His other works include what he hopes will be an enchanted misty ring in one of the gardens' many groves called the "Fog Assembly" in which visitors are encouraged to "lose themselves."

Unfortunately, its full effect was somewhat obscured by a real fog on the morning of its opening. The waterfall too was sometimes lost in the mist. An enormous fountain had featured in the original plans for the baroque 17th-century palace drawn up by Louis XIV's architect Andre Le Notre, but was never realized despite attempts to pump water over a hill from the river Seine. "We are going to make the impossible possible," Eliasson had earlier declared, "to make dreams come true". But Mother Nature in the shape of the floods that swelled the Seine last week almost undid his plans, the 49-year-old artist admitted. "Several people... kept working in the downpours while their homes were threatened by the water," he said, paying tribute to the workers who helped install the artworks.

Climate change is a major theme for the artist, who grew up in Iceland. Another of the works he has created in the Colonnade Grove at Versailles is from dust left by a melting Greenland glacier that also featured in an installation he made for the COP21 climate change conference in Paris late last year.

It was repeatedly defaced, once with anti-Semitic graffiti, which drew condemnation from French President Francois Hollande.
RELATED TOPICS