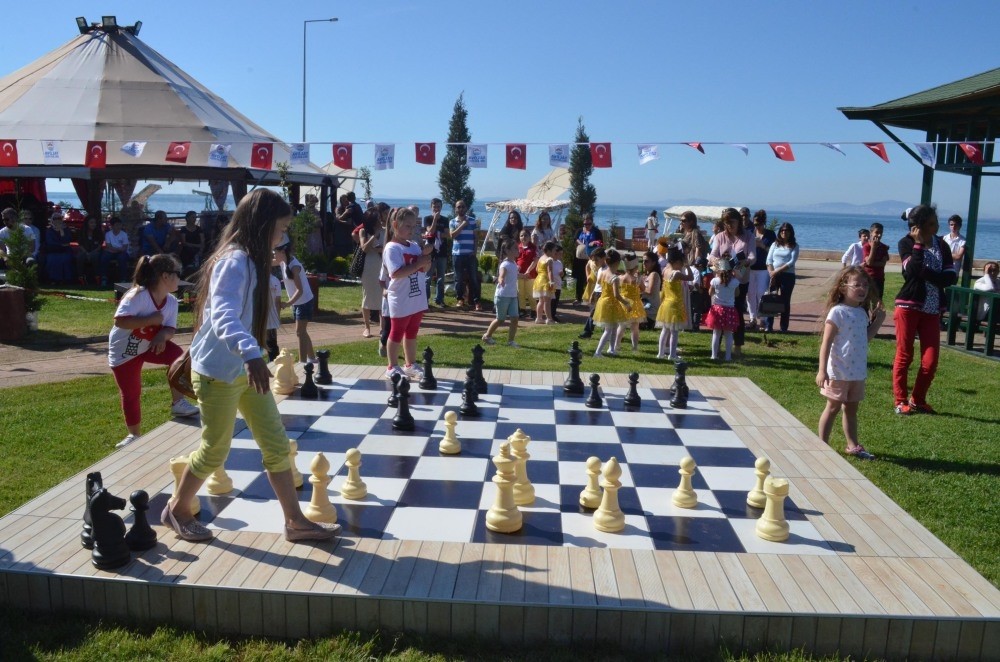 by Jun 13, 2016 12:00 am
Turkey's first chess park opened its doors in the western city of Yalova on Saturday with an official ceremony. Named after Nevzat Süer, Turkey's first international chess player, the park has been established within the city's 17 Ağustos Park.

Gülkız Tülay, the chairwoman of the Turkish Chess Federation (TSF), attended the opening with other guests and children. She said that they initiated the Chess on the Streets" project that allowed children to play chess across Turkey.

"This project is what inspired us. We wanted to extend chess games outside rooms and halls. Our chess park project is the first step, and highly important for us," Tülay stated.

The park and preparations took four years to complete. "It is exemplary and I hope more similar theme parks will be established in other cities," she said.

After the opening ceremony, Yalova Metropolitan Mayor Vefa Salman and Tülay played chess together. Salman also said that chess should be encouraged among the youth. "Chess can be played anywhere and is beneficial for development," he continued. The theme park has been designed entirely for chess players with large sized chess platforms and special tables.
RELATED TOPICS