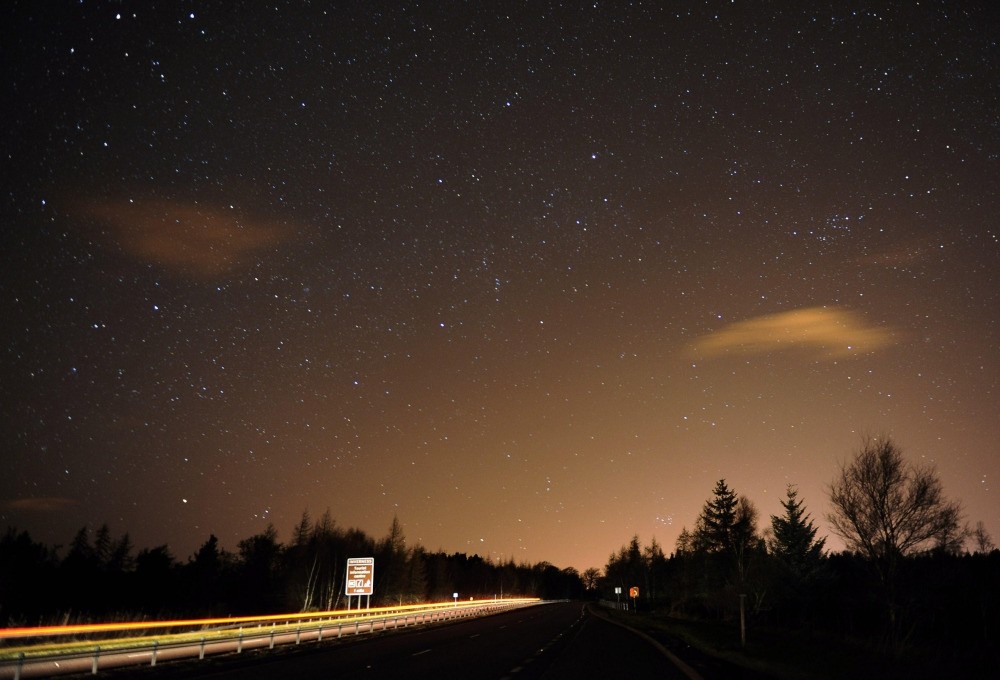 More than a third of people globally, including nearly 80 percent of North Americans and 60 percent of Europeans, cannot see the luminous band of the Milky Way, a familiar nighttime sight for eons of human existence.
by Jun 14, 2016 12:00 am
When Vincent van Gogh peered out the window of the Saint-Paul asylum at the nighttime sky in Saint-Rémy in 1889, he saw the brilliant light of innumerable stars over southern France that inspired his evocative painting "The Starry Night." But nights no longer are so starry for billions of people. About 83 percent of the world's population, including more than 99 percent in Europe and the United States, live in areas beset by nocturnal "light pollution" from the incessant glow of electric lights, researchers said on Friday.

It is so pervasive that more than a third of people globally, including nearly 80 percent of North Americans and 60 percent of Europeans, cannot see the luminous band of the Milky Way, a familiar nighttime sight for the eons of human existence.

"It is surprising how in a few decades of lighting growth we have enveloped most of humanity in a curtain of light that hides the view of the greatest wonder of nature: the universe itself," said Fabio Falchi of the Light Pollution Science and Technology Institute in Italy, who led the research published in the journal Science Advances.

"Our civilization's roots are connected to the night sky in every field, from literature to art to philosophy to religion and, of course, to science."

Physicist Christopher Kyba of the GFZ German Research Centre for Geosciences added, "Appreciating beauty is just part of what makes us human."

The researchers used satellite and sky brightness data to create a global atlas of light pollution, the artificial illumination of the night sky sufficient to substantially wash out starlight. It is one of humankind's most omnipresent forms of environmental alteration, exemplified by the nocturnal glow over cities. "Countries even as large as Italy or Spain or France or Germany do not have any single spot in their territory with a pristine night sky," Falchi added.

Despite the American West's vast open spaces, almost half of U.S. territory has light-polluted nights. The East Coast is particularly hit hard, with only part of Maine and the islands at the end of the Florida Keys having pristine sky quality, U.S. National Park Service researcher Dan Duriscoe said. The most light-polluted country is Singapore. The hardest-hit G20 countries are Italy and South Korea. Only small areas in western Europe remain relatively unaffected, mostly in Scotland, Sweden and Norway. Australia and Africa are least-affected among the populated continents.