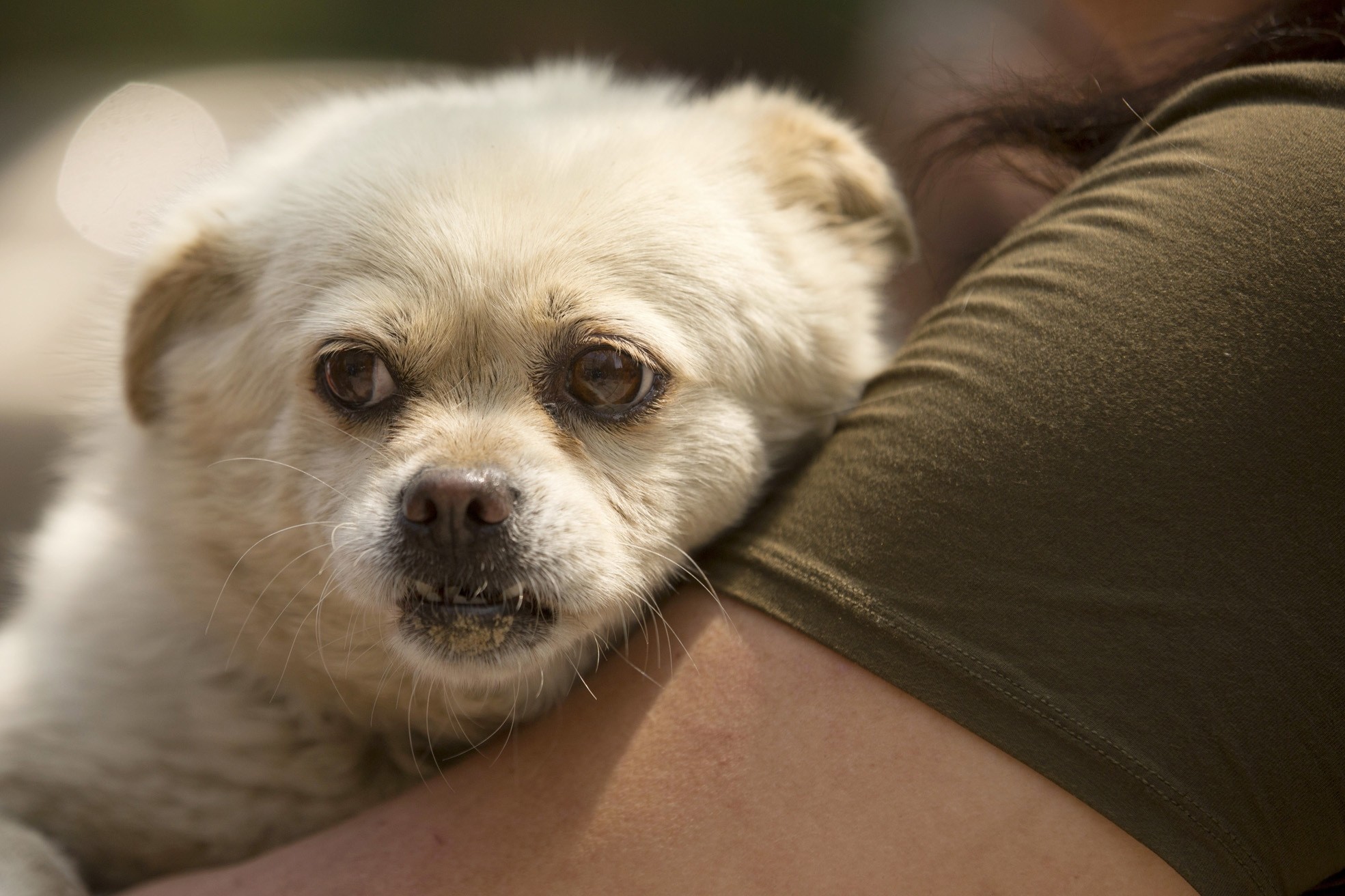 An animal rights advocate holds a rescued dog as she stands outside the Yulin government office in Beijing, Friday.
by Anadolu Agency Jun 15, 2016 12:00 am
Animal rights activists from all over the world have gathered millions of signatures to stop the Lychee and Dog Meat Festival that will kick off on June 21 in Yulin, China. According to the BBC, the petition, which was signed by 11 million animal activists, was handed over to the authorities in the Chinese capital city of Beijing. The activists protesting the festival carried posters portraying dogs in cages waiting to be killed and signs saying, "I am not your meal." Activists also claimed that most of the dogs that are killed at the festival are pets that were stolen from their owners.

One of the activists who is the founder of an animal care foundation said: "Yulin is a shame for China. If the Chinese government cannot prevent the massacre of dogs and dog meat consumption, it means that authorities who are responsible for protecting our children are not doing their jobs well. We call on the authorities in Yulin to stop the festival immediately for the sake of public security, food safety and China's reputation."

A demonstration was also held against the Lychee and Dog Meat Festival in London. American actress Carrie Fisher was seen among the activists in London. Every year, up to 20 million dogs are killed for their meat in China. The dog meat festival draws negative attention from all over the world. Although restaurant owners claim that dog meat consumption is a Chinese tradition, animal right activists say that the festival, which was launched in 2010, has nothing to do with history or tradition. Stray or stolen dogs are imprisoned in small cages and forced to travel for hundreds of kilometers without food or water and many dogs are murdered brutally in front of others. Believing that adrenalin gives flavor to the meat, people who attend the festival kill the dogs after either beating or burning them.
RELATED TOPICS