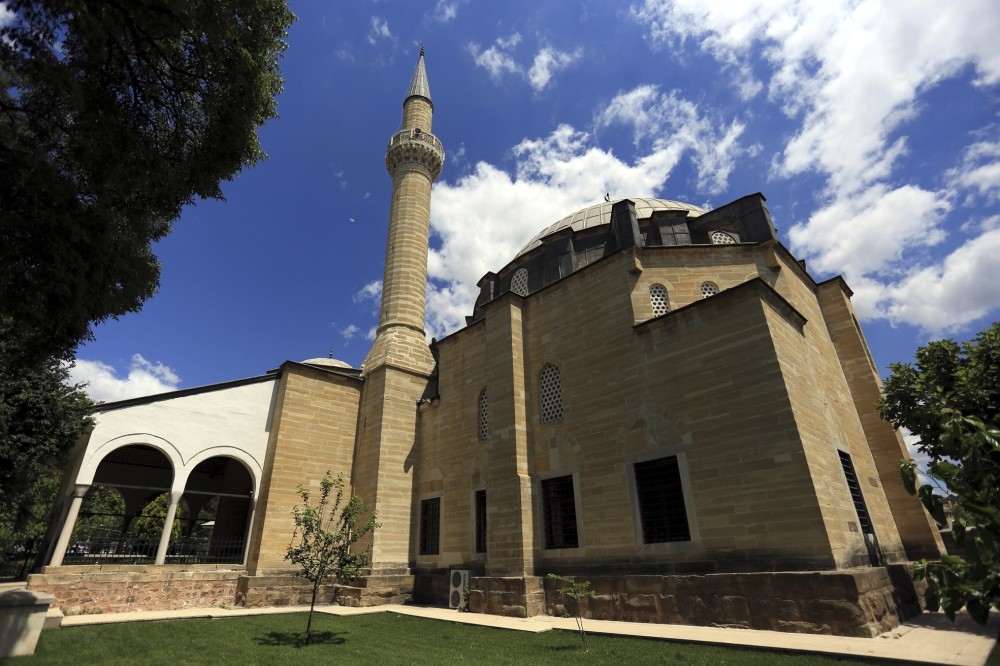 The mosque was built during Mimar Sinanu2019s apprenticeship. It is located in central Tekirdau011f and has undergone many restorations over time. The most comprehensive renovation took place between 1840 and 1841 during the reign of Sultan Abdu00fclmecid.
by Daily Sabah Jun 15, 2016 12:00 am

A mosque built by the great architect Mimar Sinan in 1553, the Rüstem Pasha Mosque in Tekirdağ province, features graffiti of advice, poems and prayers accumulated throughout history

The walls of the Rüstem Pasha Mosque in the province of Tekirdağ are known for graffiti which is hundreds of years old which offers a unique glimpse into the lives of Muslim people. Built in 1553 by Mimar Sinan, the legendary architect of the Ottoman court, the mosque was constructed under the orders of Rüstem Pasha, who was the son-in-law of Süleyman the Magnificent, the husband of Mihrimah Sultan and also an important statesman. He built many mosques and schools for charity both in Istanbul and the Tekirdağ province. 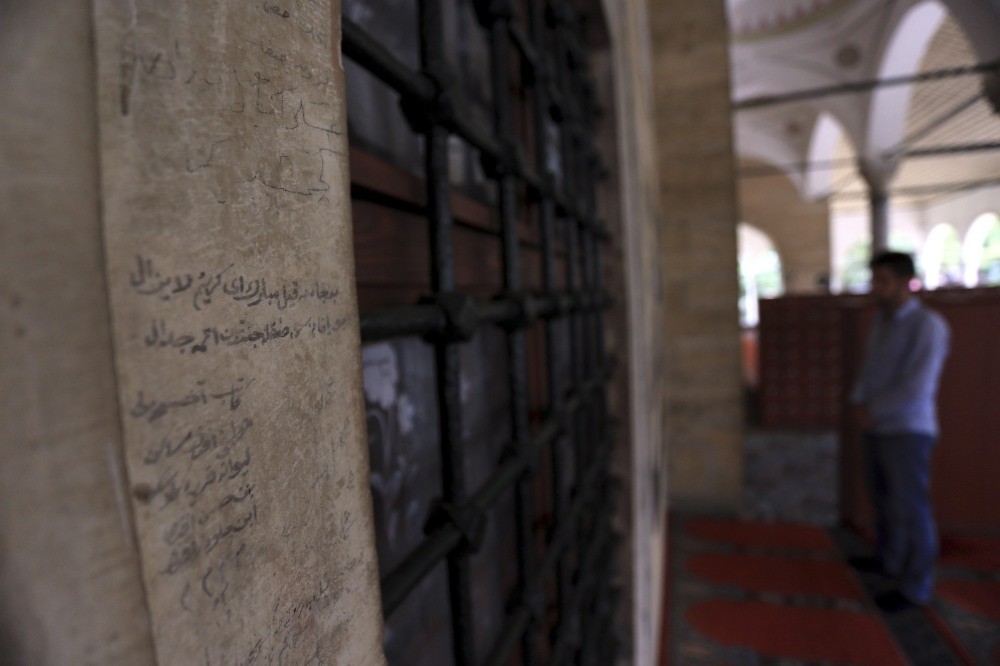 Associate Professor Fatih Köse of the Faculty of Religion of Namık Kemal University spoke to an Anadolu Agency (AA) correspondent, giving detailed information about the historical mosque and the graffiti. He said that the Rüstem Pasha Mosque was actually a part of a külliye (Islamic social complex) and many other buildings were built around the mosque by Mimar Sinan. "The first building was the school; however, a library, public bath, soup-kitchen, caravanserai and a bedesten [a covered Ottoman bazaar] were also built within the social complex. Unfortunately, all the other buildings were demolished over time and only the mosque was able to survive to the present day," Köse added. 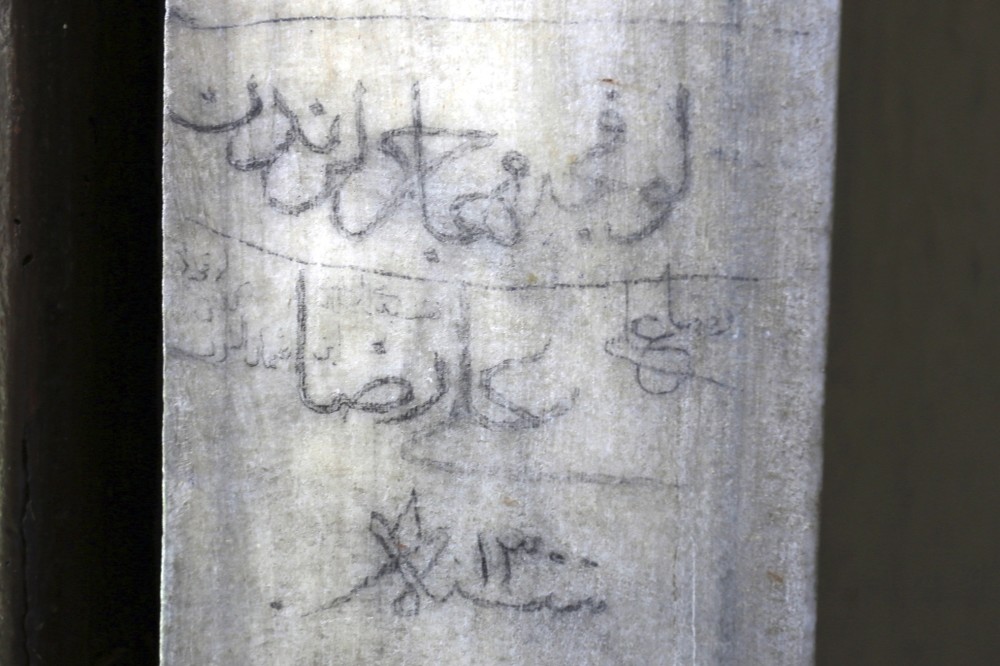 Köse continued by saying that the mosque is a part of the Ottoman classical period: "The building was built during Mimar Sinan's apprenticeship. It is located in the city center of Tekirdağ and has undergone many restorations over time. The most comprehensive renovation took place between 1840 and 1841 during the reign of Ottoman Sultan Abdülmecid." The mosque's restoration was done in a Western style; however, the historical building stands out with its original "Thuluth" writings, a form of calligraphy which can be found in many Ottoman mosques in Turkey, especially on those in Edirne, the former capital of the Ottoman Empire. Yet, academics do not have any clue about when this calligraphy was made or when it underwent restoration. Noting that the walls of the Rüstem Pasha Mosque also bear the writings of everyday people, Köse said the oldest graffiti on the mosque's walls date back to more than one hundred years ago. He said that the graffiti does not serve an artistic purpose but includes mostly advice, maxims, poems, prayers or simply names of people coming to the mosque for prayer. "The graffiti was written with ink or by carving without any permission. The graffiti which was written by people from every age and socio-economic background, mostly in Ottoman Turkish, Arabic and Farsi," Köse said, adding most of the writings were written by students of Tekirdağ Ottoman High School, Rumeli immigrants, traders, pedestrians, soldiers and those who came to the city for a visit.

Köse said that the oldest graffiti on the walls of the Rüstem Pasha Mosque dates back to 1884, adding, "There are nearly 40 graffiti on the walls. These notes are usually written by people while they were sitting outside in a hot summer's day. It is something fascinating that a student, who studies in the city, or an immigrant who comes to his or her motherland or a soldier who travels from Çanakkale, Edirne, Bandırma or Balıkesir to write scrawled on the walls of the mosque. Among the graffiti, we come across poems which indicate that some of the people were educated in the art of words and calligraphy. These writings are important because they shed light on literature, lifestyle as well as faith and feelings of the people of that period."
RELATED TOPICS