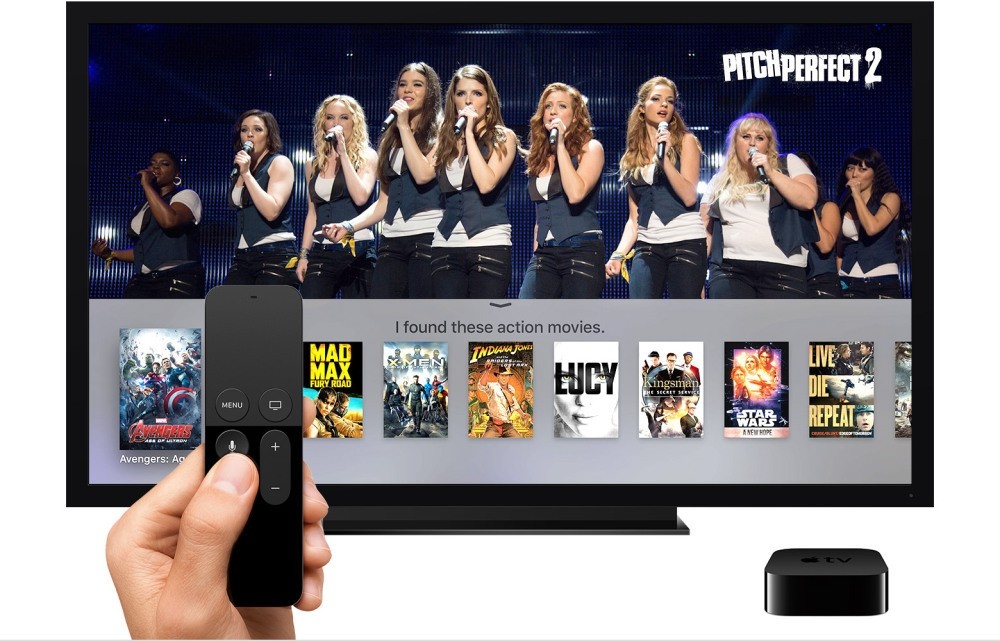 Big screen TVs are not enough for new generation users, who want more functionality as found in smart phones. However, with knowledge navigator Siri and other new features, Apple TV users will be able to control their favorite item more efficiently

I remember the first time a TV with a remote control was brought to our house. We were in need of the magic touch of the remote control to watch the programs we wanted on the TV, which at the time had only two channels. People will no longer depend on the same screen; however, there is a problem. We need to device projects to build this infrastructure in smart houses.

My relationship with TVs is not good and sometimes I am not even able to complete a simple task. People like me always wait for a savior. We are in need of a smart and talented assistant for TVs, which are no different than the computers now. Tech lovers had a chance to see Apple's solution for smart TVs at the Apple Global Developers Conference. Apple aims to develop a program that will respond to vocal commands, fast and precisely, following their revolutionary touch screens. The operating systems that are updated in new generation mobile devices and computers will also enable improving Apple TV's talents.

People who own Apple TV will be able to command the device via their voice. The vocal assistant tech which tempts Google, Amazon and of course Microsoft, however, is not an easy thing to do. Moreover, Siri is foreign to Turkish as well. If you are using Apple TV, you will be able to connect to all applications via a single password. Apple TV owners will have faster access to the applications and content they like with Siri's new talents such as access to more applications, searches on YouTube and turning on more than one live channel.

Applications will be the leading actors of the future of TV and the audience will be able to log in with a single password to enjoy all network TV stations and verify their account in all pay TV suppliers with a single account. Apart from more than 6,000 applications that you can enjoy on Apple TV, the device also features 1,300 TV channels in which you can experience a new way of watching TV with Siri and one-password invention.

Apple TV owners will also be able to search films according to their theme or plot. For instance, the users will search films by saying, "show me baseball themed films," "find documentaries about automobiles" or "find high school comedies of the 1980s." Yet, Turkish users will not get any results when they say "Kırgın Çiçekler" (a Turkish TV series). As of this month, Apple TV users are able to ask Siri to make YouTube searches. So from now on, you can command Siri to "find bulldog videos on YouTube."

You can also ask Siri to open a live channel through one of the applications that supports Siri's vocal assistance. For instance, you can say "watch CBS News" or "Open ESPN." Apple TV also enables its users to control accessories with HomeKit features. Hence, you can ask Siri to "turn on the lights" or "set the heat to 21 degrees."

Personalized applications are the future of TV

The latest Apple TV was introduced to the tech world last fall to offer access to modern platforms such as iOS from users' living rooms. With more than 6,000 applications, which can be accessed via Apple TV, we can say that applications are the future of TV. Apple TV users can enjoy a marvelous experience on the big screen in their houses. You can exercise with applications such as Zova or Daily Burn, plan your next trip with Airbnb or TripAdvisor, play SketchParty TV or NBA 2K16 with your friends or family, shop the looks you like on Gilt, learn how to cook with Kitchen Stories Cookbook, catch the latest news on ABC News or watch your favorite shows or sports marches on HBO NOW or Sling TV. Developers have just begun to make use from the potential of tvOS, and the feedback is great.

Apple has recently launched macOS Sierra, a major update to the Mac operating system, which makes Mac better and smarter. It will be available for users this fall. With its newest features, Siri now helps users to search information and documents, mark search results and even manage system preferences. With its flawless compatibility with iCloud, users can access everything on the desktop through their iPhone or iPad. Another feature is the Universal Clipboard, a managing app that makes it easy to access your clipboard from anywhere on any device. With Sierra, users also access Apple Pay on Mac, which means safer online shopping. The software's photo application is the next feature that allows users to take better photos and manage their photo documents.

Users are one click away from having Siri on a Mac. In other words, Siri's well-known features are now available on Mac, as they have been redesigned for the desktop with new skills. For example, users can ask Siri to search for the documents that opened this week, then refine their results to just the ones with the word "annual" in the title. Users can also ask Siri to add a meeting on their calendar or start a Facetime chat. Alongside these features, users can pin sports schedules and Twitter feeds. To make it more explicit, users now know where to find game times, trending topics, or important documents. Through Siri, it is also possible to search for images and information just by asking. Users can also drag results right to a window on desktop.

Siri is now available on four Apple platforms: iOS, macOS, watchOS and tvOS. The software is in use in 36 countries and carries out around 2 billion requests every week.