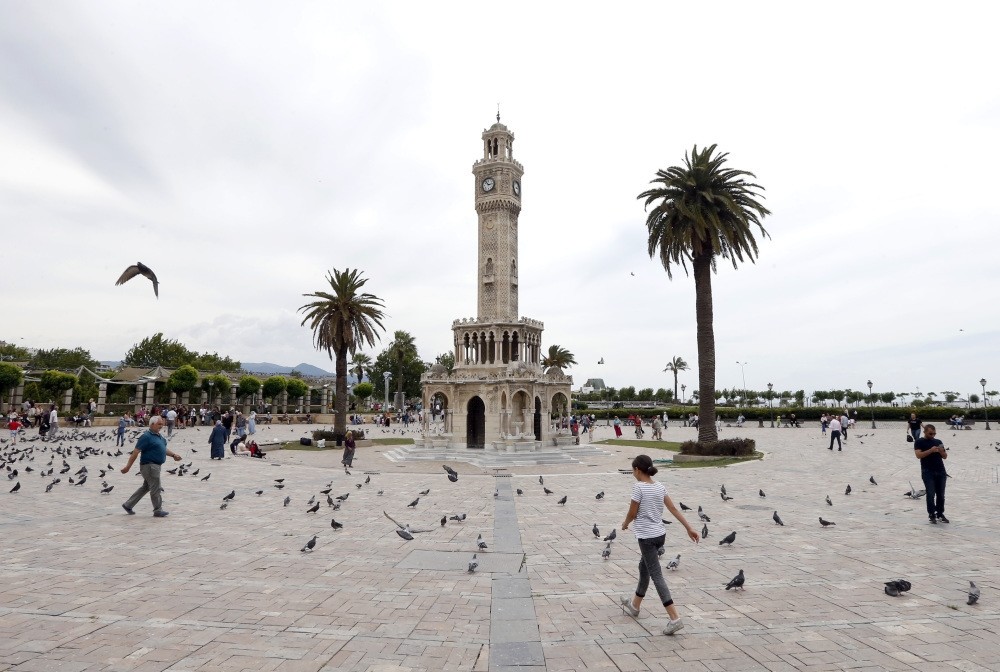 Clock tower in Izmir
by Daily Sabah Jun 20, 2016 12:00 am
Temperatures in the west of the country will reach over 40 degrees Celsius this week, with officials warning the elderly and the young not to take unnecessary risks.

While temperatures are expected to reach 44 degrees Celsius in the Aegean province of Aydın, İzmir is not too far behind at 41 degrees. The Meteorological Department said temperatures will be 9 degrees above seasonal averages for most of the week due to a warm front arriving from Africa, with temperatures in Ankara reaching the mid-30s. The heat wave, coming during Ramadan when many are fasting during daylight hours, is causing concern among officials.

Temperatures neared 40 degrees Celsius in much of the Aegean and Mediterranean regions over the weekend. Today, the temperature in Istanbul is expected to reach a high of 30 degrees, and tomorrow 31 degrees. In Bursa, municipal officials stopped children from jumping into several fountains because there was a fear of an electrical leak. Meanwhile, in the east of the country, the people of Erzurum, Kars and Ağrı were warned over the weekend of the expected arrival of heavy rains and strong winds, with temperatures dropping to the mid-teens.
RELATED TOPICS