An island refuge for Tanzania's albinos 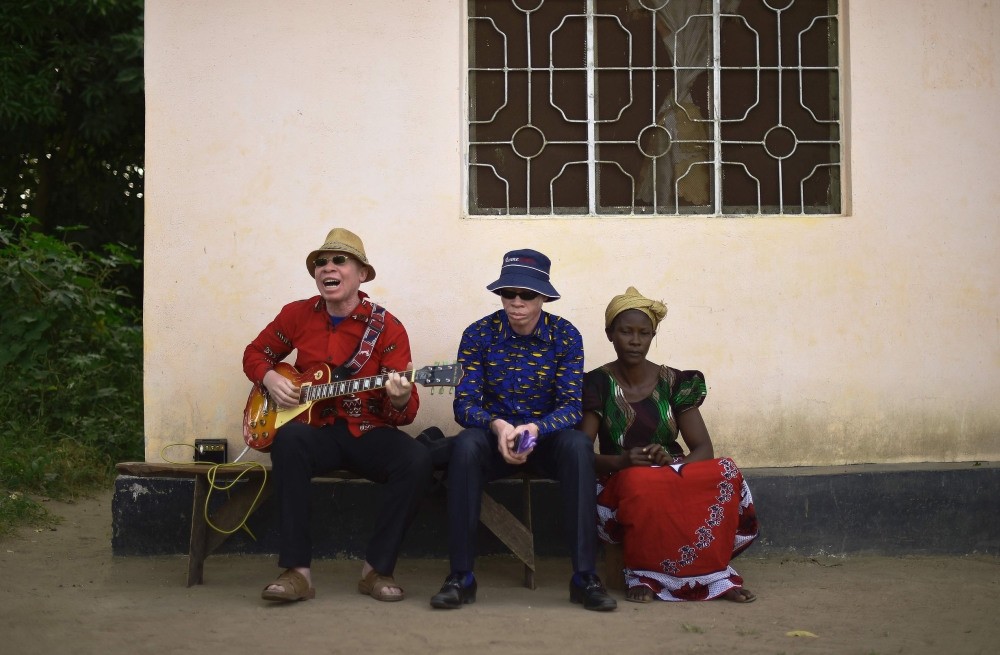 Ukerewe Island in Tanzania serves as a safe haven for people with albinism, a genetic condition that prevents the body from producing melanin and a deprivation of pigmentation, who are vulnerable as their body parts are thought to have power and used for black magic

It's an hour after dawn on Ukerewe island in Lake Victoria and Alphonce Yakobo, face and hands withered by the scorching sun that has tortured his pigment-free skin for all of his 57 years, is vigorously sweeping the leaves outside his house.

"This is the best time of the day: the day has begun but the sun is not yet up," he says. In a few minutes, Yakobo will put on a wide-brimmed hat and sunglasses and slather sunscreen over every bit of his exposed skin.

Yakobo suffers from a genetic condition called albinism, meaning his body does not produce melanin, leaving his skin, hair and eyes devoid of pigmentation and protection from the sun. 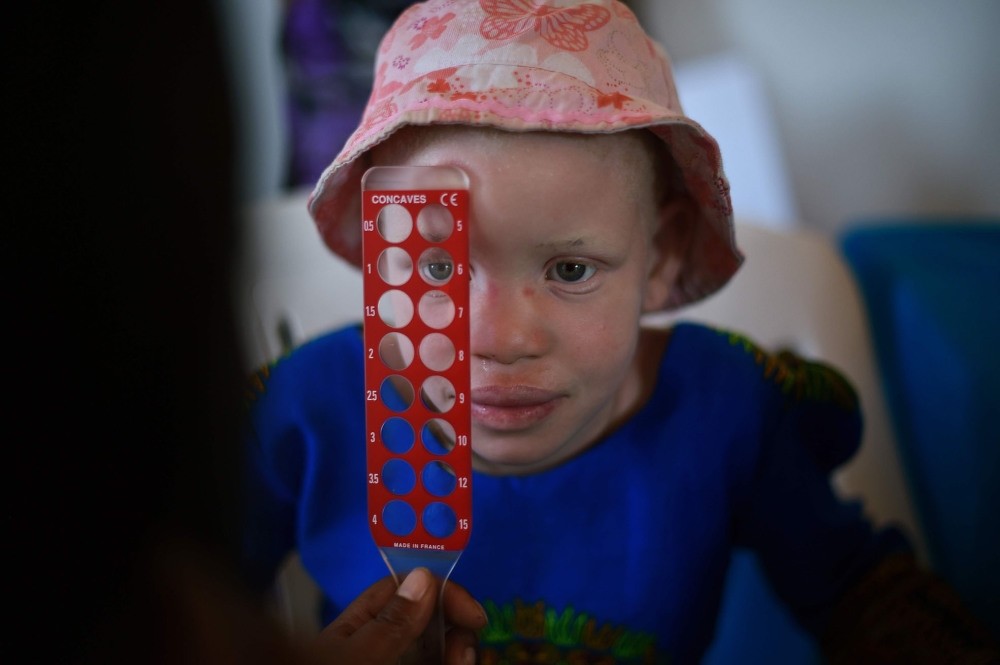 An albino girl has her eyes tested at a clinic run by the Standing Voice NGO. Albinism affects eye development so checks are a vital service albinos need.

Like all people with albinism, Yakobo has very poor eyesight and is extremely vulnerable to skin cancer. But the sun overhead is not the only threat to albinos. Here in Tanzania, as well as in Malawi and some other parts of sub-Saharan Africa, albino body parts are sought after for potions and charms thought to bring luck and wealth, and many fall victim to murderers who dismember their bodies to supply this grisly black market trade.

Canadian charity Under The Same Sun (UTSS) has documented 161 attacks on people with albinism in Tanzania in recent years, including 76 murders, more than anywhere else in Africa. 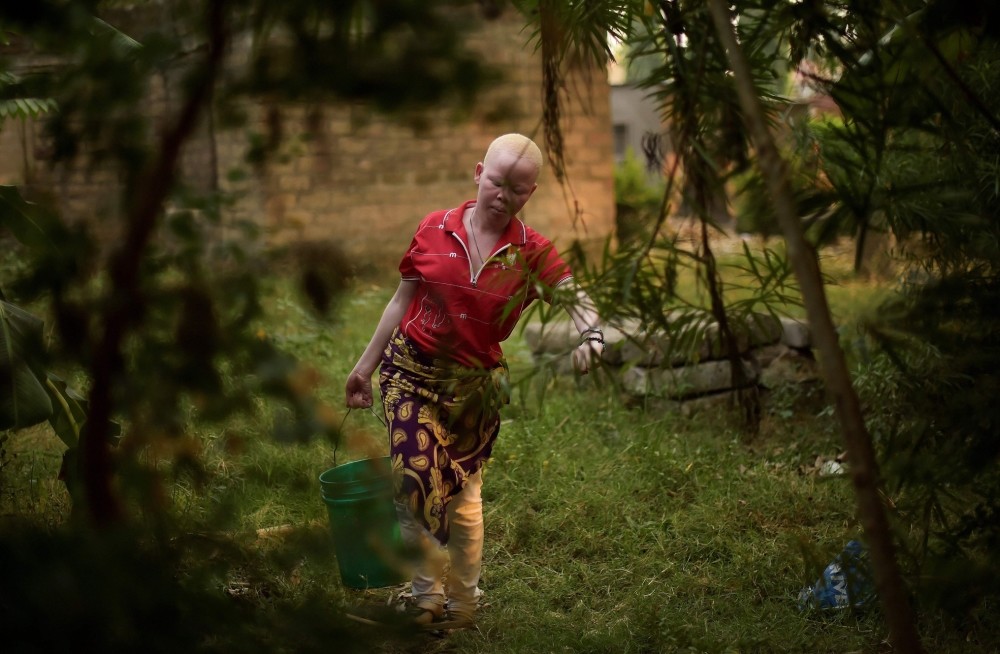 Yet Ukerewe island is relatively untouched by this phenomenon. "There were times when I was afraid in the past, but now I thank God because we can sleep at night without a gun," says Yakobo, who works as a fishmonger in Ukerewe market.

"Here, we are safe, we are surrounded by water, no one can commit a crime and escape easily," he said. Yakobo has three wives but regrets that not one of his 11 children is albino. "We could talk, and I would feel like I had passed on a part of myself."

Over the years, Ukerewe has become known as a haven for people with albinism. People say that it started long ago when families would abandon their albino relatives on the island, believing their unusual, ghostly appearance was the sign of a curse. The abandoned individuals survived on the island and thrived while others, ostracized by society, made their way there too.

"In many respects, Ukerewe is at the forefront of the integration of albinos in society. And I think the fact that it's an island plays a big part in the minds of people, but reality is a bit more nuanced," says Harry Freeland, founder of the non-governmental organisation Standing Voice and the maker of a documentary about Ukerewe.

According to the Ukerewe Albino Society (UAS) there are 75 people with albinism living on the island of 200,000, a proportion roughly in keeping with the national average.

As elsewhere in Tanzania, body-snatchers have come to the island to dig albino corpses from their graves and in 2007 one person was attacked and had his white hair cut for use in witchcraft, says Vicky Ntetema, director of the Tanzanian branch of UTSS.

"But we have never had an albino murder," points out Ramadhan Khalifa, president of Ukerewe's albino community.

"Ukerewe is unique in that sense," adds Freeland. "It was in Ukerewe that the first census was done. The initiative came from the former president of UAS, and it was in 2006."

"I'm not afraid of being attacked," says Kajanja Neema, 36, dissecting tiny fish along a busy street in the main town of the island for the evening meal.

Neema sings and his brother Zacharia accompanies his songs with an air guitar. Zacharia points out, "Yes, Ukerewe is safer than the mainland, but it's not perfect. Sometimes, people say they will kill us, and we never know if they mean it or not."

Even if physical violence is rare, discrimination is not. Hadija Namtondo is a 30-year old mother with black skin and a four-year-old albino son called Riziki. "When his father saw the color of the child, he was not happy, and he has abandoned us," she says.
RELATED TOPICS