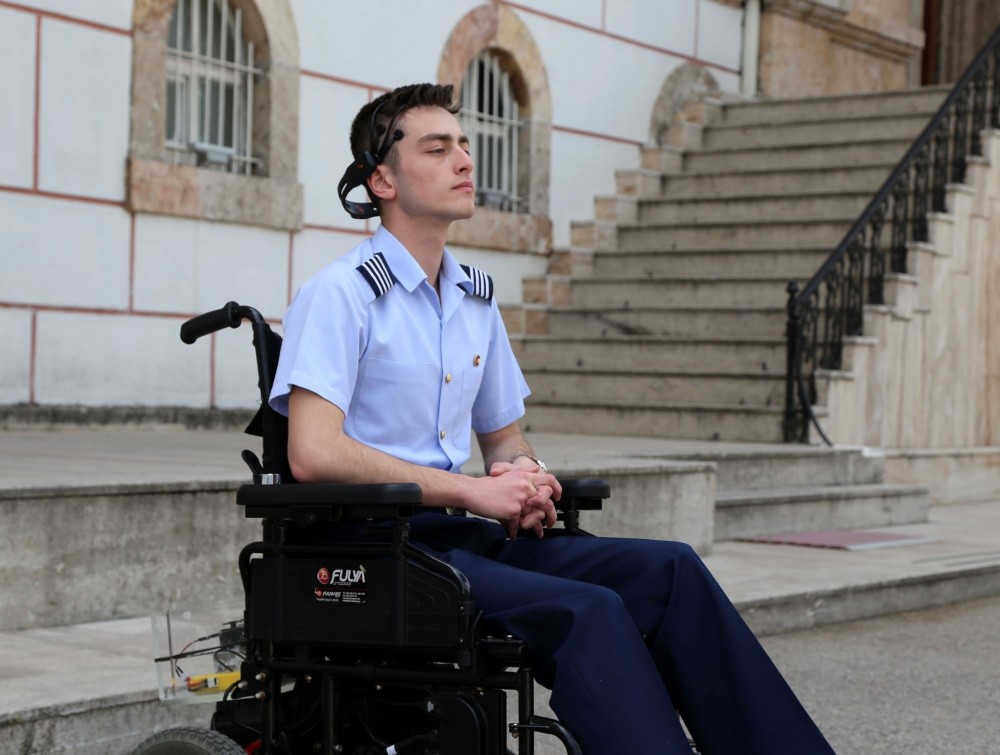 by daily sabah Jun 22, 2016 12:00 am
A group of students from Işıklar Military Aviation High School became world champions in two categories at the RoboGames, considered an Olympics for student-built robots, which takes place annually in the U.S. with the participation of 39 countries, including Canada, China, Russia and India. The students from Işıklar's robot and programming section, under the guidance of their instructor Hüsnü Turhan, won a golden medal for their project for people with disabilities, as well as receiving the "Best of Show" and "Balancer Race" awards. Their project "Engelsiz Yaşam" (Accessible Life) is a wheel chair that responds to signals read from the brain as well as head movements. İrfan Akarsu, one of the students, said that their team has participated in four different competitions this year. "In all four competitions, we came first. I believe we have represented Turkey successfully."

RoboGames invites the best minds from around the world to compete in over 50 different events: combat robots, fire-fighters, LEGO bots, hockey bots, walking humanoids, soccer bots, sumo bots, and even androids that do kung-fu. Some robots are autonomous, others are remote controlled. The three-day competition gathers a jury committee including representatives from major technology companies such as Intel, as well as institutions like NASA.

Founded as the ROBOlympics in 2004, the event has grown into the world's largest open robot competition, according to the Guinness Book of World Records. David Calkins, the president of the non-profit Robotics Society of America (RSA), is the mastermind behind the project. Calkins has participated in all types of robot competitions around the world, and realized the need for cross-pollination between events - after seeing too many robot builders over-specialized within a single field.
RELATED TOPICS