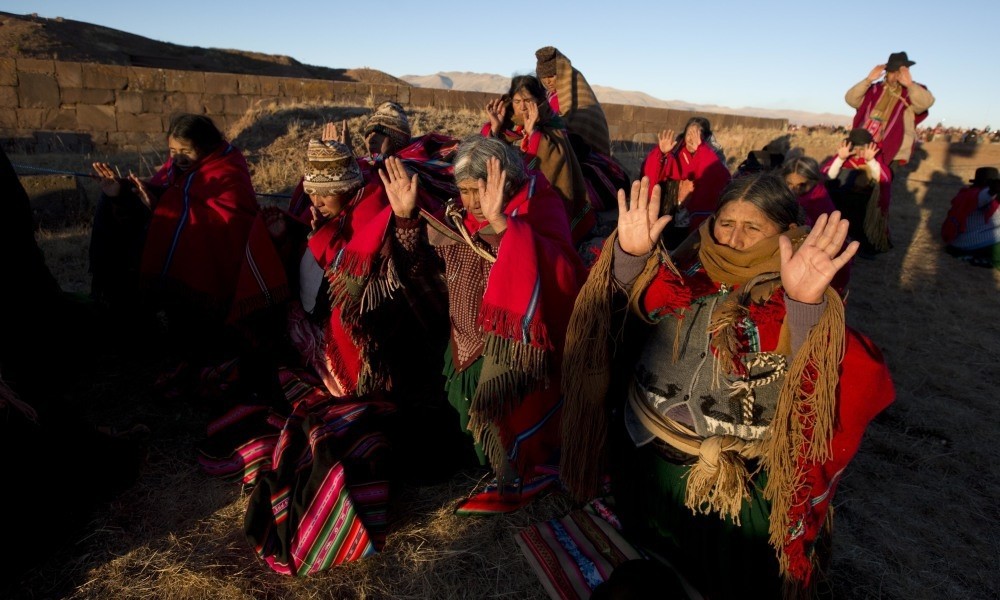 A group of indigenous Aymara in the ruins of the ancient city Tiwanaku.
by Anadolu Agency Jun 24, 2016 12:00 am
Bolivian President Evo Morales has proposed that Bolivia should abandon the Gregorian calendar to resume use of the ancestral calendar used by indigenous people, according to the BBC.

In 2010, Morales announced June 21 as an official holiday. In the indigenous calendar, a year has 13 months of 28 days each. He stressed the change of calendar as a step to revive and keep their identity. Morales comes from the Aymara indigenous group.
RELATED TOPICS