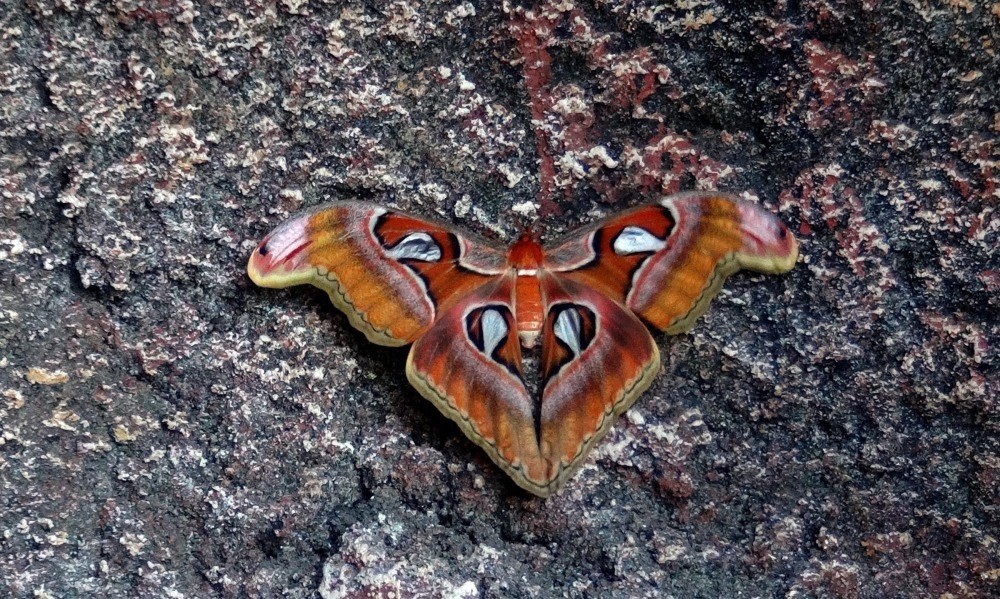 by Dogan News Agency Jun 24, 2016 12:00 am
The Atlas moth, known as the world's largest butterfly, makes its home in the Kelebekler (Butterfly) valley in the Central Anatolian province of Konya, and has been amazing visitors who come to marvel at the impressive creature.

The moth, which protects itself thanks to the snake-like design on the tips of its wings, emerges from the cocoon without a mouth structure and typically dies in just one week.

Kelebekler Valley Park, opened by Konya's Selçuklu Municipality in July last year, is home to 14 butterfly varieties living in a 28 degrees Celsius tropical garden, where thousands of butterflies can be seen fluttering in the air. The park is open everday, except Monday from 10:00 a.m. to 06:30 p.m.

The garden has 20,000 plants of 98 types and is a very popular place for photography aficionados.

The lifespan of the butterflies typically ranges between two and four weeks, however there are some that live for nearly four months.

There is a butterfly museum in the park that shows the life stages of butterflies, and another museum featuring various bug types from around the world. Besides butterflies, the parrots in the tropical garden also attract visitors.

The most striking butterfly in the park is undoubtedly the Atlas moth. The park's biologist, Turgut Tuş, said the wingspan of the Atlas moth could reach 26 centimeters, adding: "The Atlas moth is known as the world's biggest butterfly, and is at the same time one of the most short-lived, because it doesn't have a mouth structure and cannot eat. It stores the food that it ate in the caterpillar stage. When this store is depleted, it dies. This time span is six to eight days. The snake head design on the tip of its wings makes other animals think that there is a poisonous snake, which keeps them from approaching." A similar Atlas month can also be seen in Antalya's butterfly park.
RELATED TOPICS